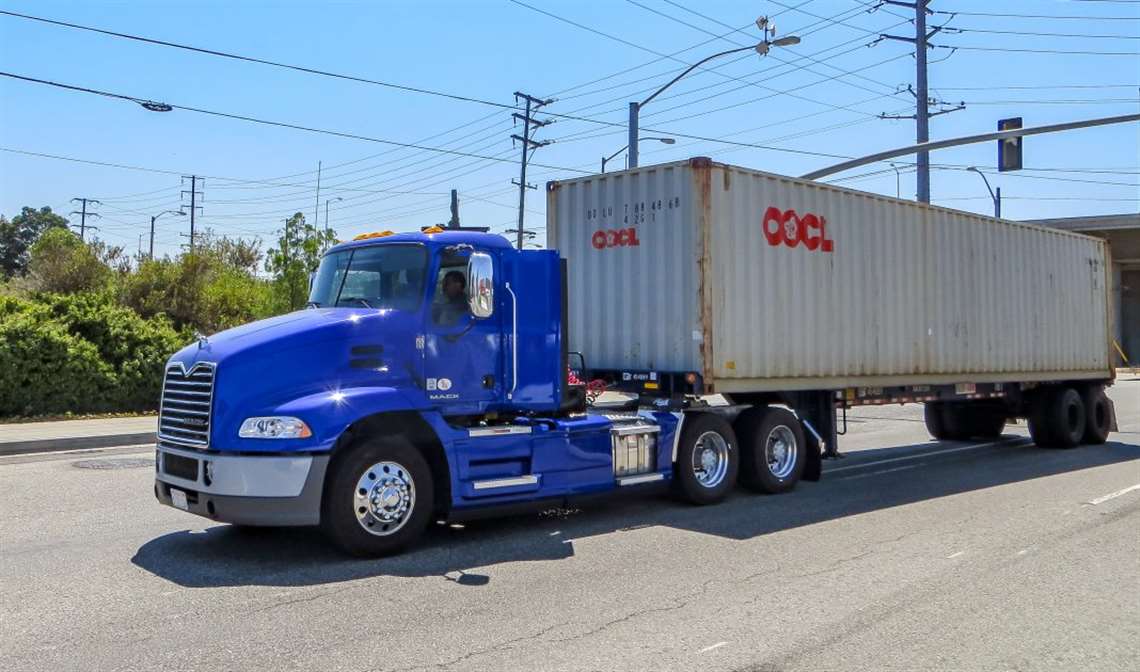 Mack Trucks displayed its second-generation zero-emission capable Class 8 drayage truck at the California Air Resources Board (CARB) Low Carbon Transportation Heavy-Duty Showcase. The plug-in hybrid electric (PHEV) truck, which is based on a Mack Pinnacle, axle back daycab, has been operating in revenue service with a customer drayage fleet for more than 12 months.

The truck is an evolution of the first Mack PHEV drayage truck, which was built as part of an earlier South Coast Air Quality Management District (SCAQMD) sponsored project. That truck underwent more than six months of testing in a customer drayage fleet at the Ports of Long Beach and Los Angeles.

Similar to the first-generation truck, the second-generation PHEV drayage truck is capable of zero-emission operation with to the integration of a Mack MP7 diesel engine with a parallel hybrid system and lithium-ion battery pack.

Unlike the first-generation truck, which utilized geo-fencing capabilities similar to those enabled by Mack’s GuardDog Connect telematics platform to switch between zero-emission and hybrid operating modes, the second generation truck relies on an adaptive self-learning algorithm to identify and create zero-emission zones in order to maximize all-electric operation.

During normal operation, the truck records the load, speed, and power and torque demand, analyzes that data and combines it with GPS location information to identify, create and store in its memory zones where the electric driveline is capable of operating in zero-emission mode. The truck learns from its operating patterns and, on subsequent trips through these zones, the truck automatically switches from hybrid operation to zero-emission operation. The driver can also use a button in the dash to manually override the mode selection if needed.

“Testing of this truck has allowed us to validate the emission reduction potential of the PHEV technology in combination with self-learning algorithms to control electric operation. We look forward to continuing real-world testing, as well as collaborating with CARB, SCAQMD and others,” said Jonathan Randall, Mack Trucks senior vice president, North American sales and marketing.