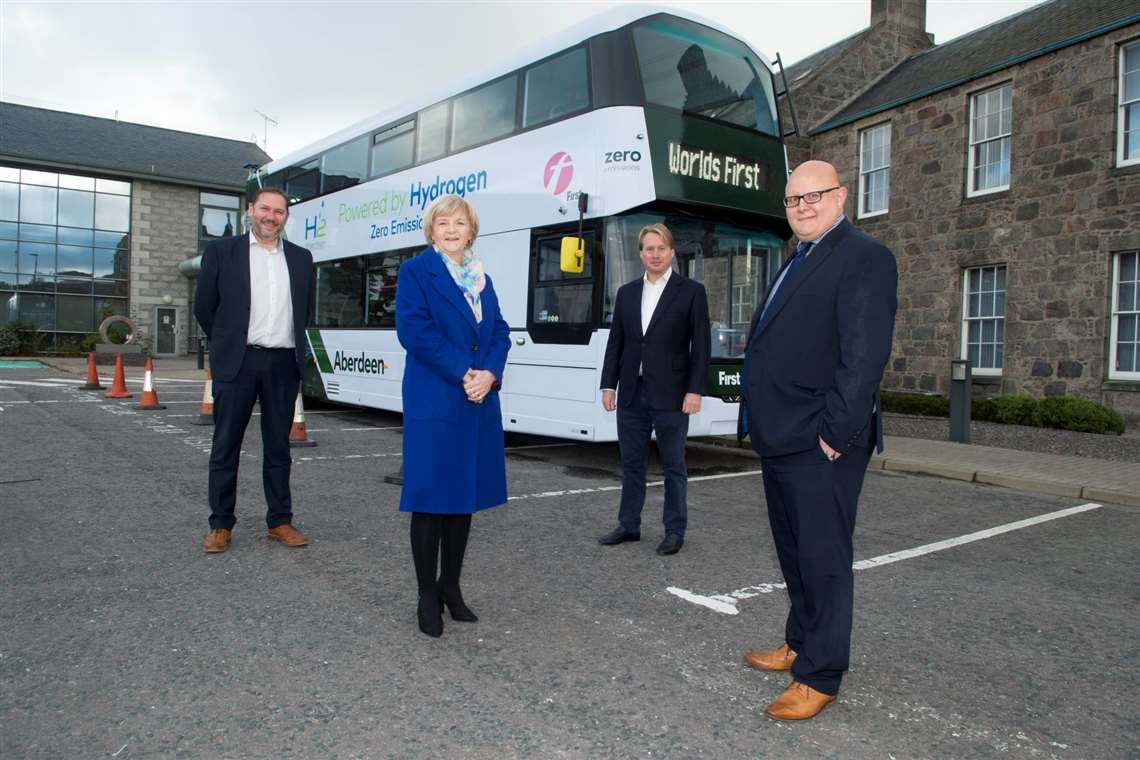 The Scottish city of Aberdeen was the venue for the unveiling of what is claimed to be the world’s first hydrogen-powered double decker bus.

The buses have been manufactured by Wrightbus based in Northern Ireland – and will complement the existing fleet that the city already has including a range of hydrogen and electric vans, road sweepers, and cars through a car share scheme.

The hydrogen double deckers will be spotted around the city for several weeks during a period of final testing along with training for drivers, with the buses expected to be in service next month.

The launch follows the recent announcement that Wrightbus has agreed to supply Birmingham City Council, in England, with 20 hydrogen buses

The UK’s first hydrogen production and bus refuelling station was opened in Aberdeen in 2015 as part of a green transport demonstration project. The Aberdeen City Council-led project tested the economic and environmental benefits of hydrogen transport technologies and aims to drive the development of hydrogen technologies.

Jo Bamford, Wrightbus owner and executive chairman, said:“We’re immensely proud to be putting the world’s first fleet of hydrogen double deckers onto the streets of Aberdeen.

“And these buses represent much more than Aberdeen striving to reach a clean air, zero-carbon future. They represent the start of what could be a world-leading hydrogen economy here in Scotland which will bring with it multi-million pound investments and tens of thousands of jobs.

“Not only do our buses hold the title of being the world’s first zero-emission hydrogen fuel-cell double deckers, they emit only water vapour. We hope that more councils across the UK follow Aberdeen City Council’s lead.”

First Aberdeen, part of the multinational company First Group, is to run the 15 buses along one of its most popular service routes. Jo Bamford is pictured second from right with council officials and First Aberdeen representatives.