What is claimed to be the world’s first fleet of double decker hydrogen buses officially launched into service today in Aberdeen, Scotland.

The vehicles are Run by First Bus – one of Scotland’s largest bus operators – in a project led by Aberdeen City Council and built by UK firm Wrightbus. Plans are also in place for Aberdeen to make its own hydrogen to power the buses. 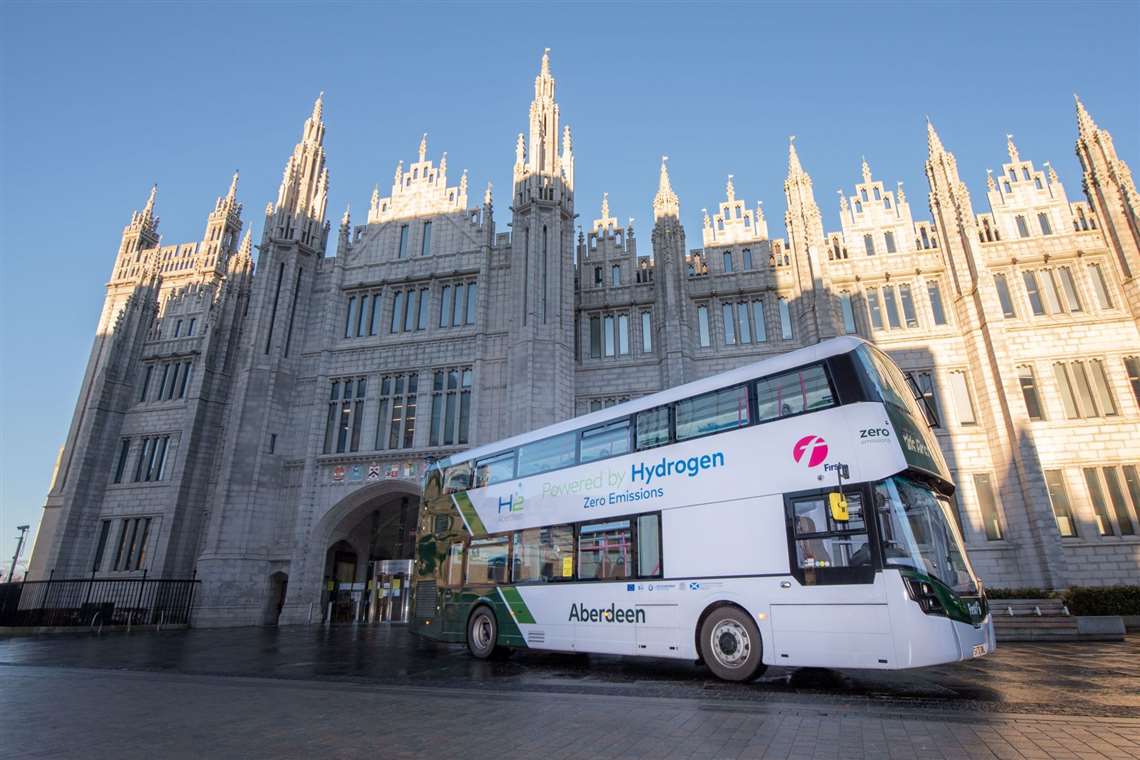 “The buses are a fantastic asset to the city as an entrepreneurial and technological leader as they have even more advanced technology which pushes established hydrogen boundaries and also greatly assist us in tackling air pollution in the city.”

Wrightbus chairman, Jo Bamford, said: “We will see further Wrightbus hydrogen buses in locations across the UK, with fleets due to launch in Birmingham and London later this year. It’s vital that other towns and cities sit up and take note of their example.

“Hydrogen has an important part to play in the decarbonisation of transport and the reduction in CO2 levels that we need to reach to ensure a net zero future.”

Wrightbus said the 60-seat double-deckers save one kilogram of carbon dioxide with each kilometre they drive. The buses are virtually silent when they run and take less than ten minutes to refuel, the company added.

The new £8.3million project has been funded by Aberdeen City Council, the Scottish Government, and the European Union (FCH JU), with an investment of about £500,000 per vehicle.

The UK’s first hydrogen production and bus refuelling station was opened in Aberdeen in 2015 as part of a £19million green transport demonstration project. The Aberdeen City Council-led project tested the economic and environmental benefits of hydrogen transport technologies and aims to drive the development of hydrogen technologies.