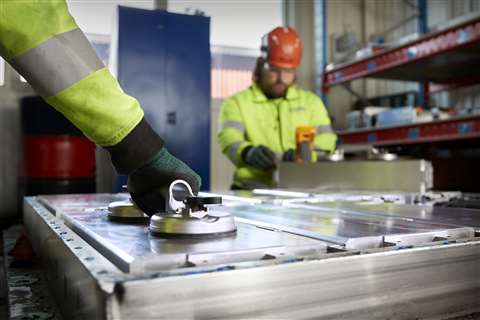 The Financial Times has reported that prices for lithium carbonate, the ore which delivers the pure lithium metal used in production of li-ion batteries, has undergone a dramatic increase. At the close of 2021, the per-tonne price of the material had reached a record $41,000. This is five times the price of just 12 months earlier.

Prices of other commodities used in battery cathodes have also been rising. Cobalt values have doubled since last January to about $70,000 per tonne, while nickel prices have increased approximately 15% to $20,000.

Lithium-ion battery cells are used across a variety of tech, including smart phones and laptops. But it is electric vehicles which pack the most cells into a single unit. Using a lithium iron phosphate chemistry, a battery pack – or Energy Storage System - in a Tesla Model 3 has 2,976 individual cells.

The prices of battery cells had been steadily dropping over the past decade, primarily due to volume production by such companies as Tesla, LG Chem and Panasonic, starting to drive down per-cell production costs. But the increasing costs of raw materials will likely see cell prices start to trend upwards.

With the increasing volumes of cars being produced, this is unlikely to be a temporary blip in commodity prices. According to S&P Global Markets, demand for lithium carbonate reached 497,000 tonnes in 2021. Demand over 2022 is forecast to reach 641,000 tonnes. Production has been further complicated by the closing of some lithium mines in Australia in 2020, ironically due to low prices, while companies in China have had problems with staff and energy shortages.

Beyond personal transportation, this is bad news for a variety of companies looking to launch commercial vehicles and buses using battery electric drivetrains.

A series of companies are now planning to launch battery recycling centres. In the UK, French resource management company Veolia is planning to open a facility which it says will be able to process approximately 20% of the country’s end-of-life batteries by 2024.

Located in the West Midlands, near Birmingham, the plant will dismantle batteries in advance of a chemical recycling process to separate out the reclaimed materials.

In another case, Sweden’s Stena Recycling has invested SEK250 million in what is described as ‘Sweden’s and Europe’s most advanced battery recycling facility’. Located in Halmstad, the plant will recycle batteries from EVs as well as consumer goods. The site is expected to be operational in the first quarter of 2023.

“Battery recycling is a fast-growing challenge in society and there is stricter legislation coming from the EU. In a few years this is likely to be a significant part of our business,” commented Kristofer Sundsgård, CEO with responsibility for Stena Recycling’s operations in seven European countries.

“With our size, infrastructure, customer base and expertise, we have all the prerequisites to become one of Europe’s leading players in battery recycling so that the materials in used batteries can become circular raw materials for the production of new ones,” he added. 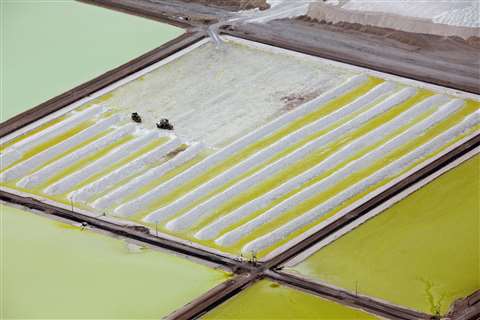 Lithium mine on the Atacama salt flat in northern Chile Photo credit: Reuters

The issue with recycling has always been whether it was financially viable. In the case of plastics, chemical recycling is effective, but expensive. Mechanical recycling of plastics creates a virtuous circle, but in most cases the cost of recycled material is generally higher than that of virgin material.

Driven by increasing raw material values, ballooning OEM demand and the concerns surrounding the environmental impact of both mining and shipping lithium carbonate, it’s likely that the industry will soon hit that sweet spot where the recycling process and recycled material becomes financially positive.