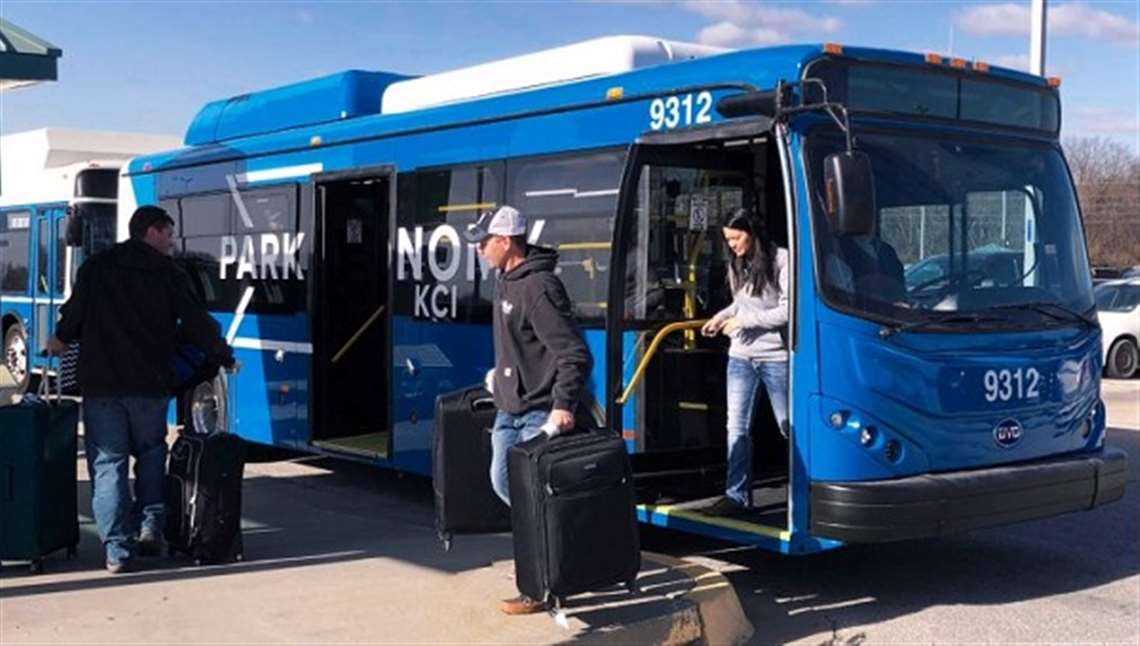 With the delivery of the BYD buses, Columbia becomes the first city in Missouri to put zero-emission transit vehicles into revenue service.

“We are thrilled to partner with Go COMO,” said Patrick Duan, BYD North America vice president. “Our American-built buses are well-made, reliable and bring innovative technology to Main Street in communities around the nation like Columbia.”

“We are excited to already have our four new buses in circulation at Columbia. We are dedicated in continuing to provide sustainable transportation options to residents and visitors of Columbia,” said Dale Lynn, City of Columbia, Missouri transportation superintendent.

The K7M bus has a 195.2 in. wheelbase, a gross vehicle weight of 29,762 lb. and is designed to seat 22 passengers. The chassis incorporates a ZF front axle with a BYD in-wheel drive axle in the rear. Iron phosphate batteries with a 215 kWh capacity drive a pair of 90 kW ac synchronous motors that give the vehicle a top speed of 56 mph and a range of up to 150 miles. The batteries can be fully charged in 2.5 to 3 hours, BYD said. The buses were built at BYD’s factory in Lancaster, Calif.

In August, BYD delivered three K7Ms to another Missouri customer, the Kansas City International Airport, bringing the airport’s total fleet of BYD’s American-made electric buses to seven. KCI was the first airport in the nation to deploy electric buses, using the K7Ms as parking lot shuttles, bringing passengers to the airport’s terminals.