Facility to be one of the world’s largest, companies say

Cummins Inc. and Spanish energy company Iberdrola said they will build one of the world’s largest electrolyzer plants for the production of green hydrogen.

A site selection search within the Guadalajara area of Castilla-La Mancha is currently underway for Cummins’ new €50-million PEM electrolyzer plant that will house system assembly and testing for approximately 500 MW/year and will be scalable to more than 1 GW/year. The facility, which will initially be 22 000 square meters, is anticipated to open in 2023, creating 350 new jobs as production ramps up.

This investment in Castilla-La Mancha, Spain comes on the heels of Iberdrola and Cummins’ decision to partner together on large-scale hydrogen production projects in Spain and Portugal.

“Spain offers a strong and dynamic local environment for hydrogen production, and we are excited to invest here and significantly increase our manufacturing capacity in Europe,” said Tom Linebarger, chairman and CEO of Cummins. “Our partnership with Iberdrola will connect us with a major clean energy company and strategically positions us to be a European leader in green hydrogen production. We believe that this is just the start of our expansion into new markets, bringing new clean technology to customers, and supporting efforts to bring the European Union’s Green Deal to fruition. As communities move toward zero emissions, this is the latest example of Cummins’ global effort to achieve carbon neutrality and accelerate the hydrogen economy.”

Ignacio Galán, chairman and CEO of Iberdrola, said the initiative will accelerate the production of green hydrogen in Spain and will create a new industry, the manufacturing of electrolyzer systems, with high growth potential.

“We continue to make progress in our ambitious plan to put Spain and Europe at the global forefront of this technology by reducing energy dependence and fossil fuel consumption while driving the country’s economic and social revitalization,” Galán said.

Cummins said it is rapidly growing its capabilities to provide hydrogen technologies at scale, which is critical to the world’s green energy transition through the hydrogen economy. Cummins has deployed more than 600 electrolyzers in 100 countries globally. 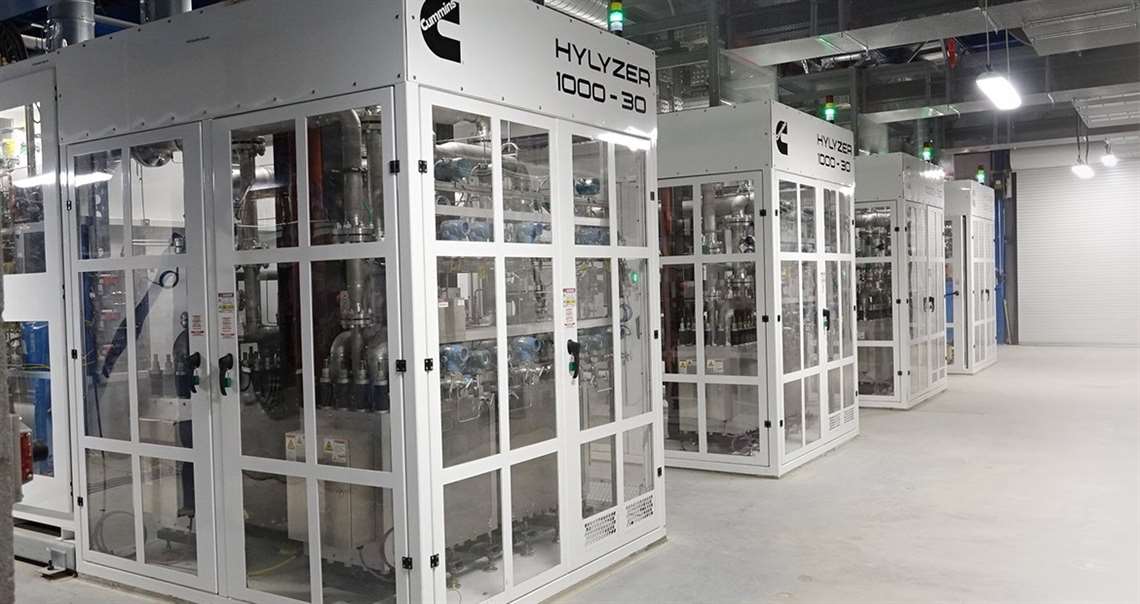 As part of this alliance, the 230-MW green hydrogen project in Palos de la Frontera (Huelva, Andalusia, Spain)—that Iberdrola has planned for the leading fertilizer producer Fertiberia—will become a benchmark for large electrolysis projects. Cummins will be the electrolyzer supplier for the Palos project and through the experience acquired in the project, Iberdrola and Cummins will jointly collaborate in the design of solutions for large electrolysis projects. Cummins and Iberdrola are also collaborating on a hydrogen refueling station in Barcelona, Spain with additional partnership and broader collaboration opportunities anticipated in the future.

Iberdrola has submitted 53 hydrogen-related projects to the Next Generation EU program, which would activate investments of €2.5 billion to achieve an annual production of 60,000 tn/year. The green hydrogen production capacity under this plan would be equivalent to 20% of the national target (4 GW installed capacity by 2030) and would ensure that around 25% of the hydrogen currently consumed by Spain would not generate any CO2 emissions. This and related Iberdrola hydrogen projects are anticipated to fuel economic and job growth, contributing to the creation of approximately 4000 skilled jobs across 500 local suppliers.