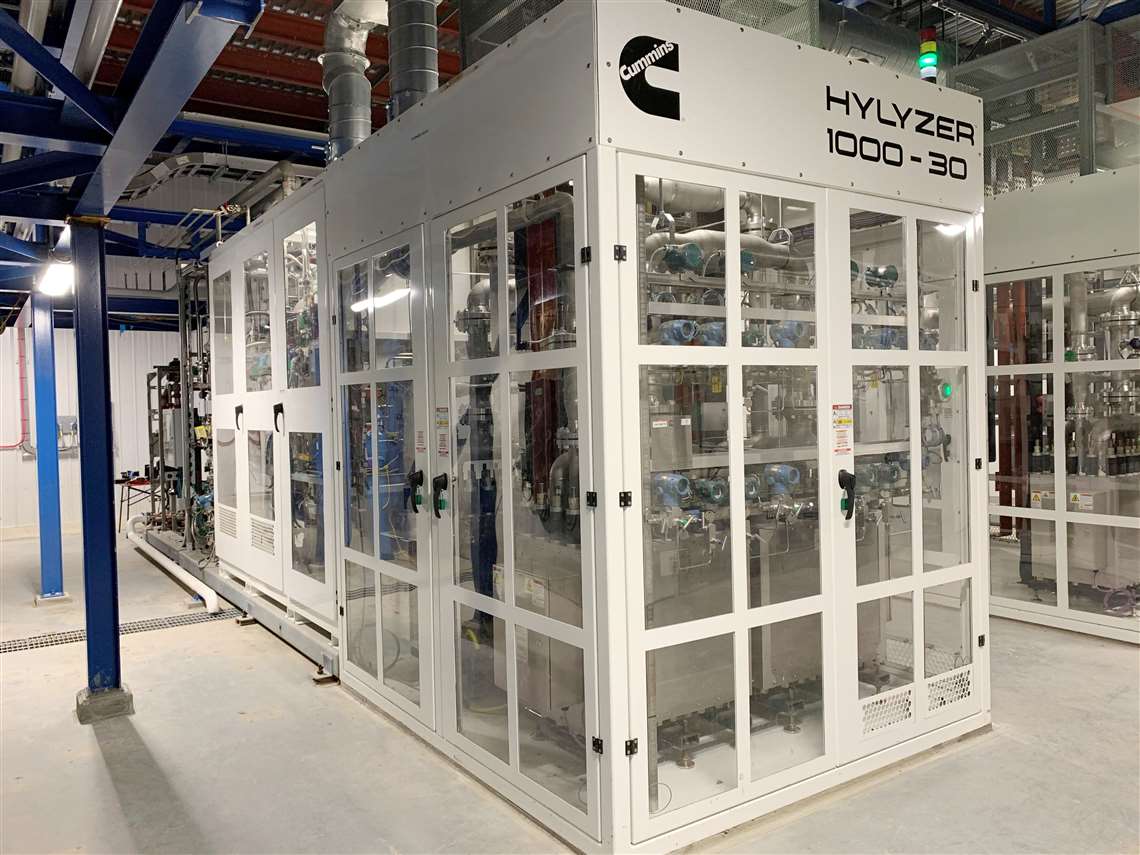 One of the four Cummins HyLyzer electrolyzer skids that have been fitted in an existing Air Liquide hydrogen production facility in Bécancour, Quebec, Canada.

Cummins Inc. announced it has provided a 20 MW proton exchange membrane (PEM) electrolyzer system to generate green hydrogen, making it what the company called the largest in operation of its type in the world.

“Creating hydrogen technologies at scale is paramount to growing low-carbon solutions,” said Amy Davis, Cummins vice president and president of New Power, the company’s alternative power business. “We have successfully developed our technology from 1 MW to 5 MW, and now have the largest PEM electrolyzer in operation in the world. It will continue to take enterprises, governments, forward-thinking customers and utilities all working together to make alternative power a reality. Here we are seeing how green hydrogen can improve sustainability for industrial manufacturing and how the demand for decarbonized hydrogen solutions will grow.”

The HyLyzer PEM electrolyzer technology is the result of more than 20 years of development by Hydrogenics, a Canadian company that was acquired by Cummins in September of 2019. This installation in Quebec features four compact pressurized electrolyzer skids that were fitted inside an existing building. This is a modular and scalable electrolyzer platform designed to address utility-scale hydrogen production, Cummins said.

Electrolyzers provide a means to address one of the main issues in the renewable energy industry, which is how to store the energy when it is not in demand. Cummins’ PEM electrolyzers enable the storage of excess energy that would typically be sold off to the market at a financial loss, or not harnessed at all, and instead store that energy to sell into a new green hydrogen market. They can also be used to decarbonize multiple sectors including zero emission transportation, industrial processes and the green chemicals sector.

Already a global supplier of advanced diesel, natural gas and battery technologies, Cummins is rapidly growing its capabilities to support the overall hydrogen economy. Cummins uses fuel cell technologies to power a variety of applications, including transit buses, semi-trucks, delivery trucks, refuse trucks and passenger trains and has made several recent investments to support the overall fuel cell ecosystem. This includes acquiring Hydrogenics, which provided Cummins with PEM fuel cells and both PEM and alkaline electrolyzers, forming a joint venture with NPROXX to produce hydrogen storage tanks, and investing in the development of solid oxide fuel cells. 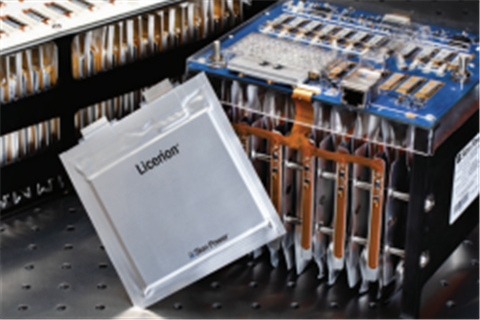 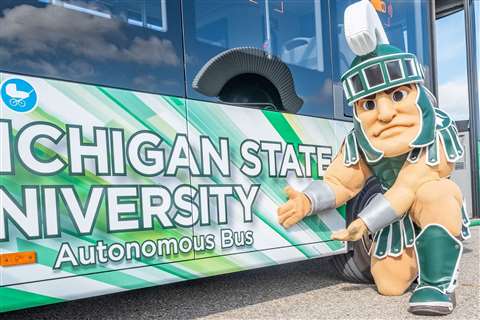