AI has published its major supplement on green energy solutions in the access industry. Here follows a small sample of what to expect. 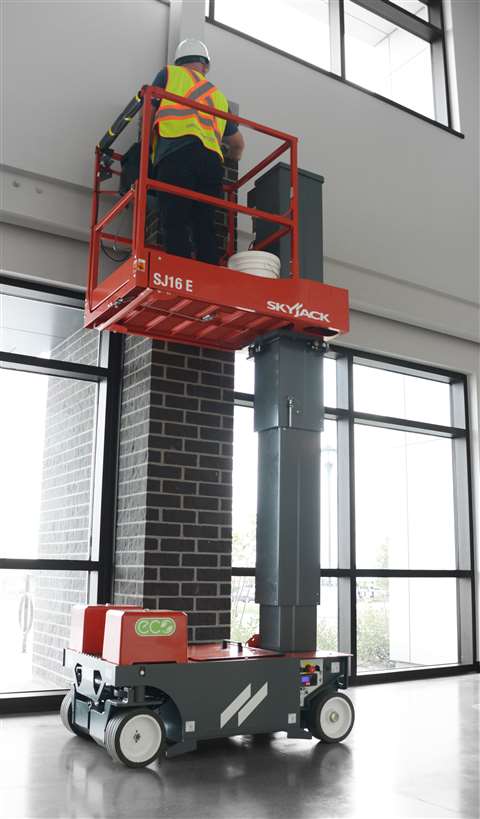 The pace in adoption of electric-powered equipment is accelerating as jobsite regulations become more stringent and the equipment offers better and more efficient performance, alongside the costs, which continue to come down.

Europe has been the global leader in the move to more electric and hybrid units, but demand in China is now exploding.

In many cases, the reason is down to regulation. Additionally, adoption is increasing as the economics make more sense.

As Rafael Bazzarella, product manager at Skyjack says, the strongest demand is where change is being forced through emission standards, as in Europe and China, or where there is growing demand for versatile equipment, like in North America, that can be used on a jobsite from start to finish.

However, while these transitions are underway, there must remain a place for the traditional combustion engine.

But how long will that transition take, and, as AI asked a number of companies in the access industry, “Realistically, is diesel engine-powered access equipment here to stay?”

“Our current view is that diesel-powered access equipment isn’t going away in the short- to medium-term.

“We do expect that the future regulatory environment, along with advances in technologies, will push the industry toward zero-emission access equipment in the long run. But that’s unlikely to happen in the next decade.”

Adding to that point, Zach Gilmor, product manager at Genie, explains that electrification continues to be one of the major trends in the industry, and believes it’s possible that someday diesel engines will be a thing of the past.

However, he adds, “That might take a while because the technology needs to continue advancing to the point where it can deliver real-world jobsite performance on all types and sizes of equipment, and it needs to be cost-effective to own.”

A company with an overarching view of the North American market is United Rentals.

As Durand goes on to explain, there are no US government incentives specifically for electric access equipment.

However, the proposed Build Back Better federal legislation includes incentives for mobile machinery and commercial equipment that would apply to electric access.

“That legislation is stalled in the Senate and may not be enacted, but the incentives could be included in a budget bill in the fall,” Durand comments.

One of the most significant hurdles to electrifying jobsites in North America is end-user education, says Durand. 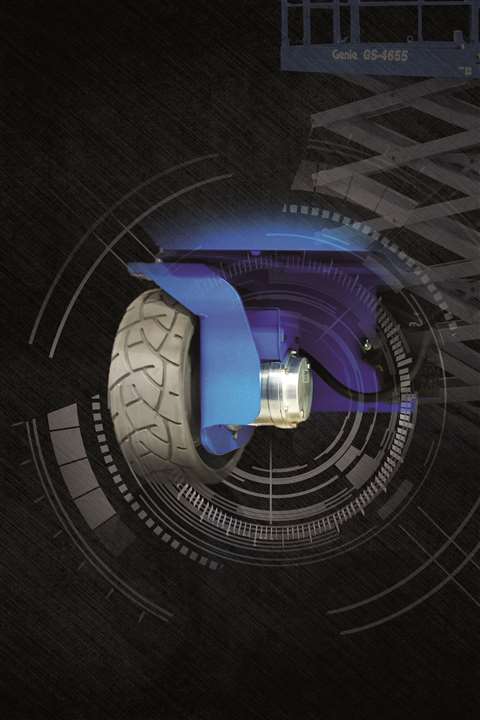 “Customers need to be properly trained and familiar with charging procedures. They also need to understand how to preserve battery life. Education is critical for the productivity of the customer and the rental company.”

“It’s possible that rental companies can upsell power as a customer service.”

The Netherlands-based Riwal has ambitious goals and aims for 90% of its fleet to be electric or an alternative form of green power by 2030.

In addition, the company is installing solar panels and water regeneration at it depots.

“The challenge for the industry,” says a Riwal spokesperson “Will be to develop a machine that can run for a full week without charging, against reasonable cost.

“This would result in the autonomy of the AWP or the possibility to charge/change the machine over the weekend.

“In addition, OEM electrification would make it possible to use technology to check the status of the machine and reduce the number of hands touching a machine during maintenance. Given the shortage of technicians, this will be an important element in the future.”

Looking at power generation, right now there is an even split between lead acid/AGM and lithium batteries says Riwal, which demonstrates the considerable increase of the latter in access equipment in recent years.

“There are several advantages of Lithium, such as batteries that are maintenance-free and have a higher power density than AGM/lead acid batteries. The obvious downside is the cost of the battery.”

Can hydrogen be used to power aerial platforms?

Is there a future for hydrogen-powered access equipment? The answer is ‘no’ for some equipment, says Riwal, but potentially ‘yes’ for others.

“We don’t see Hydrogen as a source for most AWPs because of the loss of energy when storing this energy. Batteries should contain sufficient power as the energy consumption of smaller AWPs is not that big.

In addition, Gilmor, at Genie, says that jobsites need to have the necessary charging infrastructure to support an all-electric fleet before diesel-powered equipment can become a thing of the past.

“We’re at the point where electrification of access equipment makes sense for smaller machines and jobsites that can support their charging needs. In some categories, you already see products jumping. 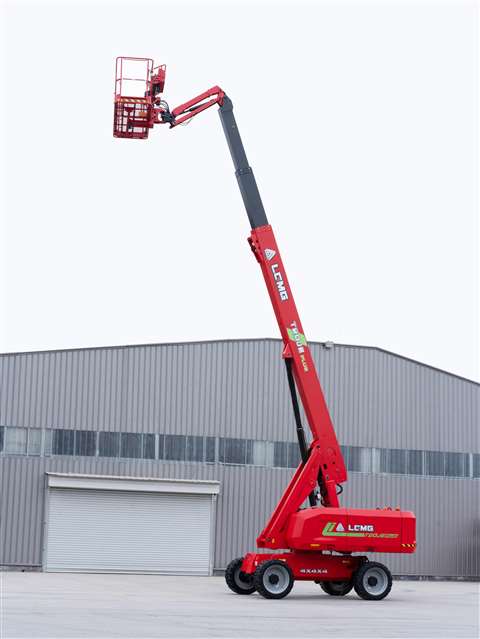 Yuling Wang, director of overseas application engineering at China-based manufacturer LGMG, believes the combustion engine will be in existence for a long time to come.

“For example, in some countries where the land is sparsely populated, at the beginning of the construction of a project, the site is not well equipped with electrical equipment to meet the charging requirements.”

However, there will be a considerable difference in adoptions in other countries.

How will the electric equipment market in China develop?

Wang says that for the Chinese market, by the next half decade, around 80% of the rough terrain aerial platforms produced by LGMG are likely to be hybrid or electric.

“The second reason is that Chinese construction sites are becoming relatively well equipped with electric units at the beginning of a construction project, providing convenient conditions for those electric products.”

Why one third of MEWP orders are for electric units

Scott McCall, business development manager and net zero specialist at Snorkel, says around a third of the manufacturer’s orders are now for lithium battery powered machines. 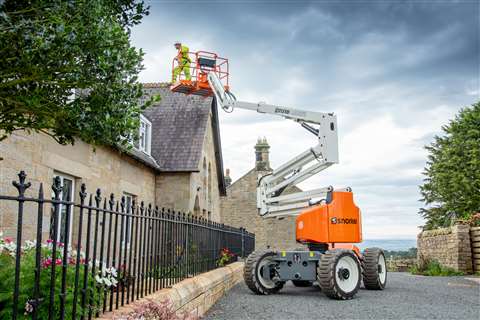 Snorkel has expanded its fleet of electric units to nine in total; among them is the A46JRTE boom lift. (PHOTO: Snorkel)

One of the major issues, says McCall, is the rising cost of diesel.

“Look at the fuel crisis that’s happening at the moment. The cost is going to be pretty prohibitive in the future.”

McCall points out that even the starting difference in price between a traditional diesel unit and its electric counterpart is not that large, overall.

“A lot of people keep machines over seven years in the fleet, the returns [on electric equipment] are quite staggering because you’re putting that fuel spend into your pocket rather than into a fuel company’s pocket.”

Adding to that point, McCall says sustainability has become a major driving factor for rental companies, as well as contractors.

“If you’re buying diesel machines today, how long are they going to be in your fleet before somebody will say, ‘I don’t want them’?

“That’s what people are starting to think.”

McCall has carried out extensive research with sustainability teams at major contractors. “What I’ve noticed in the last year is that it’s moving fast… they have got all the ideas and what they’d like to do.”

Whereas, in the past there has been hesitancy, “Now sites are really buying into it, and they’re a lot more closely aligned with what the sustainability teams want and are starting to promise to their clients. You can see that moving really fast.”

*This article was first published under the title “Exceeding expectations” in the July-August 2022 issue of Access International magazine.

AI Green Energy Supplement 2022
Access International’s Green Energy Supplement is a comprehensive and unique digital publication that delves into low emission equipment and sustainability developments from across the access industry.Find out about the challenges in growing the use of electric and hybrid equipment around the world and how companies in the access manufacturing and rental sectors see the way ahead.