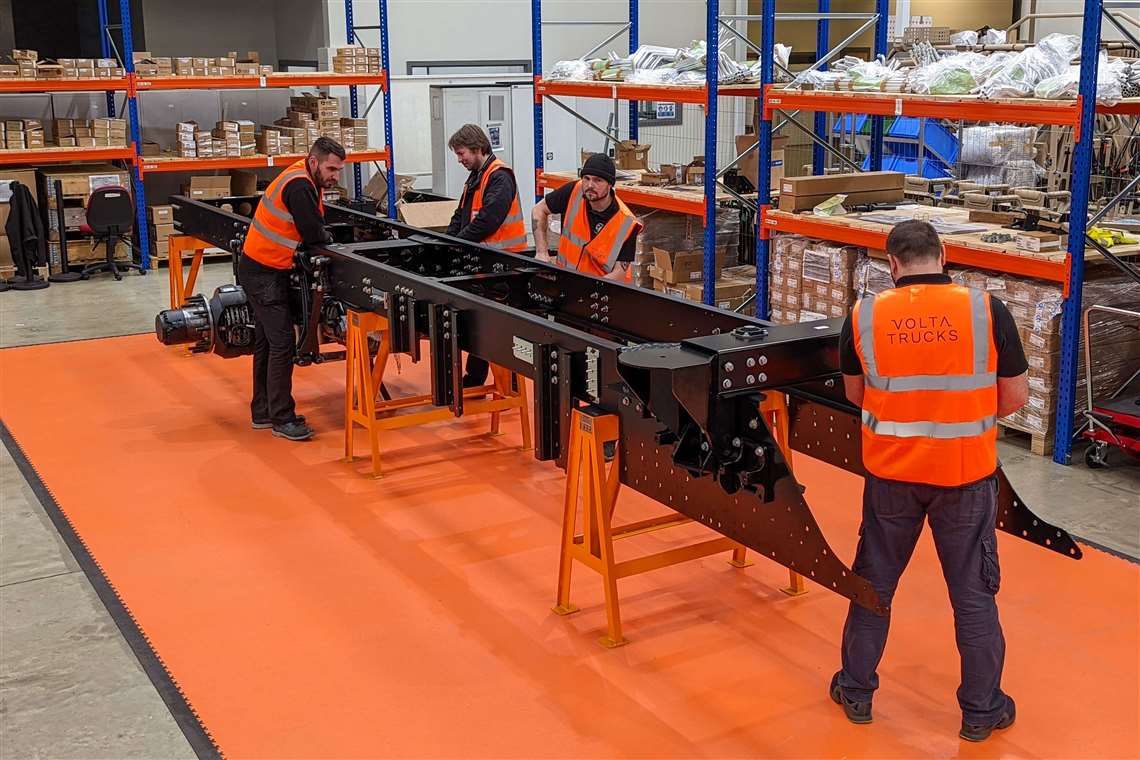 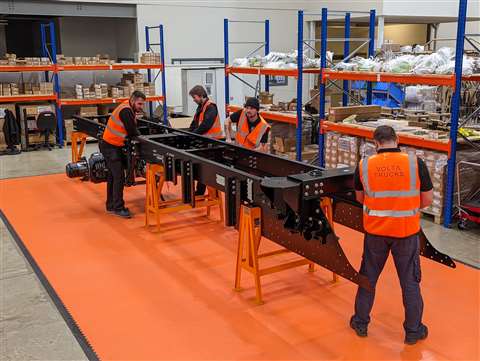 Chassis production of the Volta Zero in Coventry, UK

Volta Trucks has started production of the first ‘design verification’ prototype Volta Zero vehicles. The trucks are being assembled at a facility in Coventry, UK.

The Volta Zero is described by the Swedish company as the first purpose-built 16-tonne electric truck designed specifically for inner-city logistics. The trucks will have a range of between 95 and 125 miles (150 and 200 km). Using the fleet will remove an estimated 1.2 million tonnes of CO2 by 2025.

The trucks are the first to be produced following release of the production-ready design. A total of 25 units will be built to undertake hot and cold weather testing, as well as crash testing. 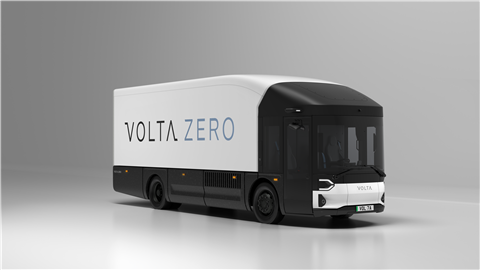 “We now move into a rapid test, learn, iterate, develop phase. This is going to be far more condensed and intensive than a normal vehicle testing programme, given our ambitious timeline to start series production in a year’s time.”

The results of the tests will support production verification in advance of full production starting at the new manufacturing plant in Steyr, Austria.