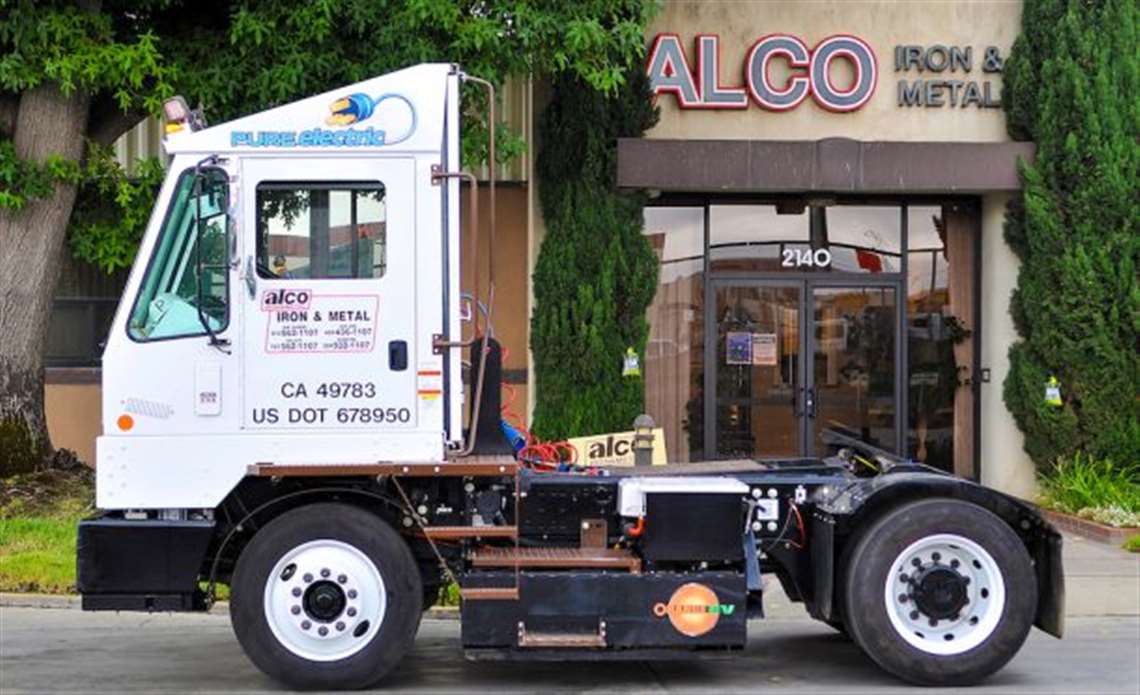 “As a metal recycler, sustainability is central to Alco’s mission. We take pride in refining our operations to recycle metal materials in the most economically and environmentally sensitive manner,” said Kem Kantor, President of Alco Iron & Metal. “Deploying Orange EV all-electric is a natural fit, reducing our carbon footprint in an economically sustainable way. We’ve already had reduced downtime and expect to see reduced fuel and maintenance costs.”

All Orange EV trucks are built to meet site-specific needs and duty cycles, said the manufacturer. For the San Leandro operation, Alco deployed the 80 kW T-Series equipped with standard charging using 240V ac circuits. Since March, Alco’s Orange EV truck has been working in a two-shift operation moving 80,000-lb trailers between multiple large industrial yards. Replacing an Alco diesel with Orange EV electric will save more than 45,000 gal. of diesel fuel over 10 years of operation.

“We appreciate the continuing efforts of the California Air Resources Board and our local air district to develop and implement a variety of clean fuel and clean vehicle incentives programs,” stated Kantor. “Their support helped drive this first deployment and will certainly aid our future plans for electric. We are currently exploring the opportunity to add another Orange EV truck to our fleet.”

Based in Kansas City, Mo., where it builds new new and re-powered terminal trucks, Orange EV said it was the first manufacturer offering 100% electric Class 8 vehicles to be commercially deployed and re-ordered into container handling operations. The trucks are in more than 80 fleets across 15 states and Canada.