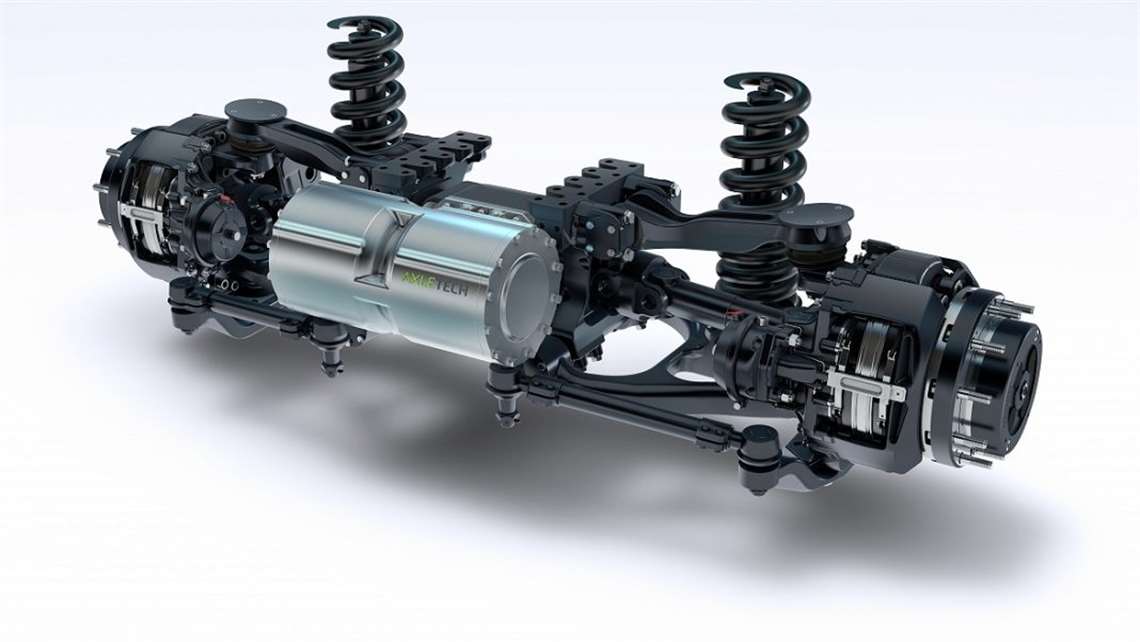 After Tuesday’s announcement of the sales of its on-highway electrification business to Allison Holdings, one could think that AxleTech was out of the EV markets.

Not so, says Bill Gryzenia.

In an interview ahead of the opening of ACT Expo in Long Beach, Calif., Gryzenia, the AxleTech CEO said “there’s no restrictions on AxleTech servicing the off-highway markets, which we have been doing for 100 years.

“We’re now going to be very busy developing solutions for the off-highway markets, including electric,” Gryzenia said. “We have two product lines for off-highway EV now, including AFE (which was shown at Bauma earlier in April) and EPS. Without exception, every one of our off-highway customers has asked us to do a project.

“It’s a little different than the approach that we took for the on-highway, he said “because the load bearing characteristics, as you would imagine, with these really heavy off highway vehicles, you need some of the axle housing that we typically supply. You still need that weight bearing capability. The way we’ve approached it is to use those pieces of the axle and then electrify the center section, the carrier.”

Gryzenia said the sale to Allison included employees, IP and the on-highway product line, which was ironically introduced at ACT Expo later that day under the Allison banner.

But as for off-highway, “we are ready to go as of yesterday, all steam ahead on off-highway. Our plan is to have prototypes in 10 vehicles by Q1 2020. We already have purchase orders for a lot of those.”