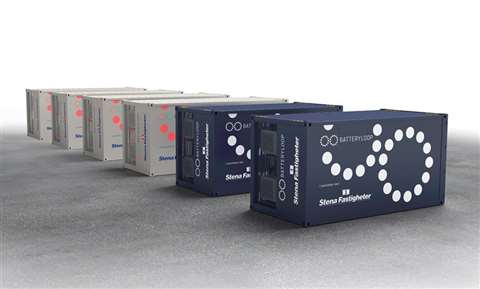 BatteryLoop, a Swedish company which specialises in development of battery energy storage systems, has received an order from Stena Fastigheter for six BLESS I systems.

The BLESS (BatteryLoop energy storage system) systems will be delivered to locations in Gothenburg, Malmo and Stockholm. All six units will be covered by a related service agreement.

BatteryLoop systems use second-life batteries supplied from a series of companies, including Mercedes-Benz. The energy storage systems can support a series of uses, including charging for electrified vehicles and reducing peak power loads, helping to make these applications more sustainable.

They can store electricity from solar, or power taken from the grid at off-peak times. This can then be delivered at peak times to reduce direct demand and reduce energy costs.

The BLESS I units making up the order have 176 kW of battery packs, which can deliver 295 kWh. The combined energy storage capacity is 1770 kWh.

Stena Fastigheter is part of the group which has supported development of the BLESS systems. Other members include Micropower Group and Toyota Material Handling. Both BatteryLoop and Stena Fastigheter are part of the Stena Metall Group, which is headquartered in Gothenburg, Sweden.