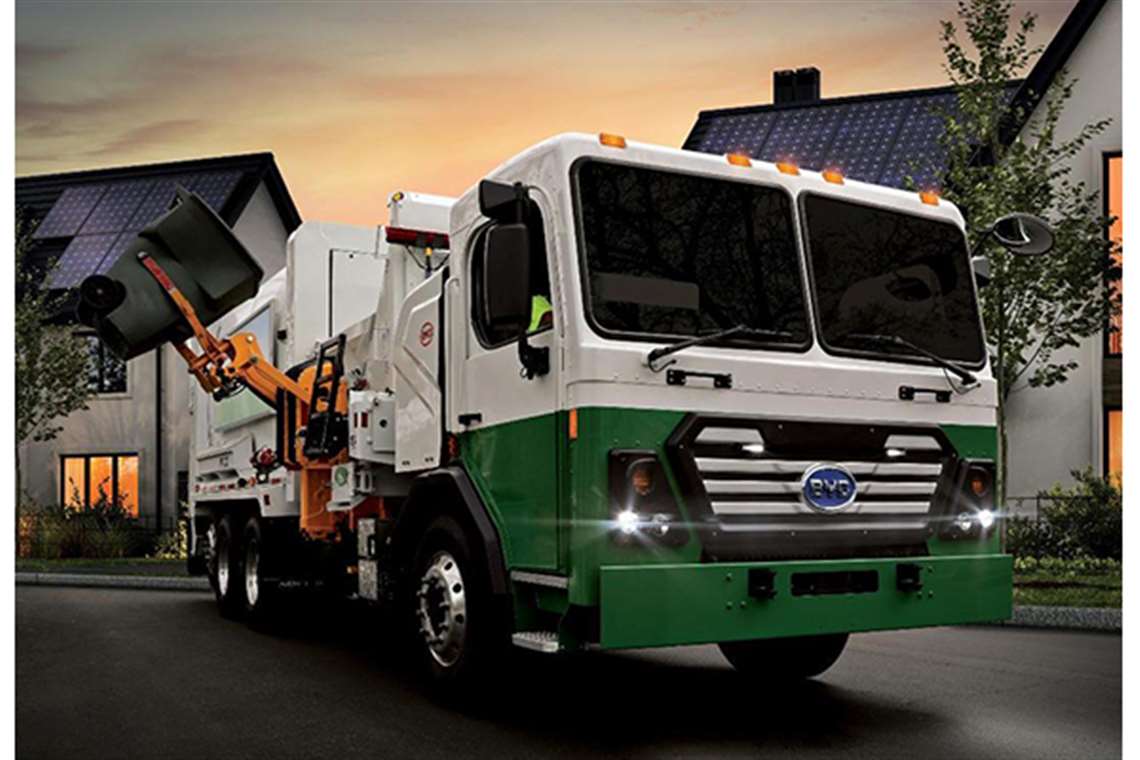 BYD announced that the City of Ocala, Fla., will add five Class 8 battery electric refuse trucks to its fleet, making it one of the first cities in Florida to adopt BYD’s zero-emission technology. The trucks will be assembled at the company’s Lancaster, Calif., facilities.

The Ocala City Council pre-approved the 2021 purchase of three BYD refuse trucks and will buy two more in 2022. The BYD vehicles will replace older internal combustion powered trucks that are currently in use, BYD said.

“The community of Ocala has taken a leadership role in Florida with the purchase of these BYD electric trucks,” said John Gerra, Sr. director of Business Development with BYD Motors. “All BYD trucks are purpose-built and utilize our proprietary safe battery technology that exceeds the requirements for some of the most rigorous safety-testing programs around the world.”

BYD said Ocala officials estimate the operation of the electric trucks will result in fuel cost savings of nearly 78%. In addition, with fewer moving parts making them less costly to maintain, the city estimates there will be a cost savings of nearly 75% in maintenance costs. The BYD trucks are estimated to provide a total life cycle savings to Ocala of approximately $270,000 and a return on the taxpayers’ investment in under five years.

To see a video on the trucks, click here.