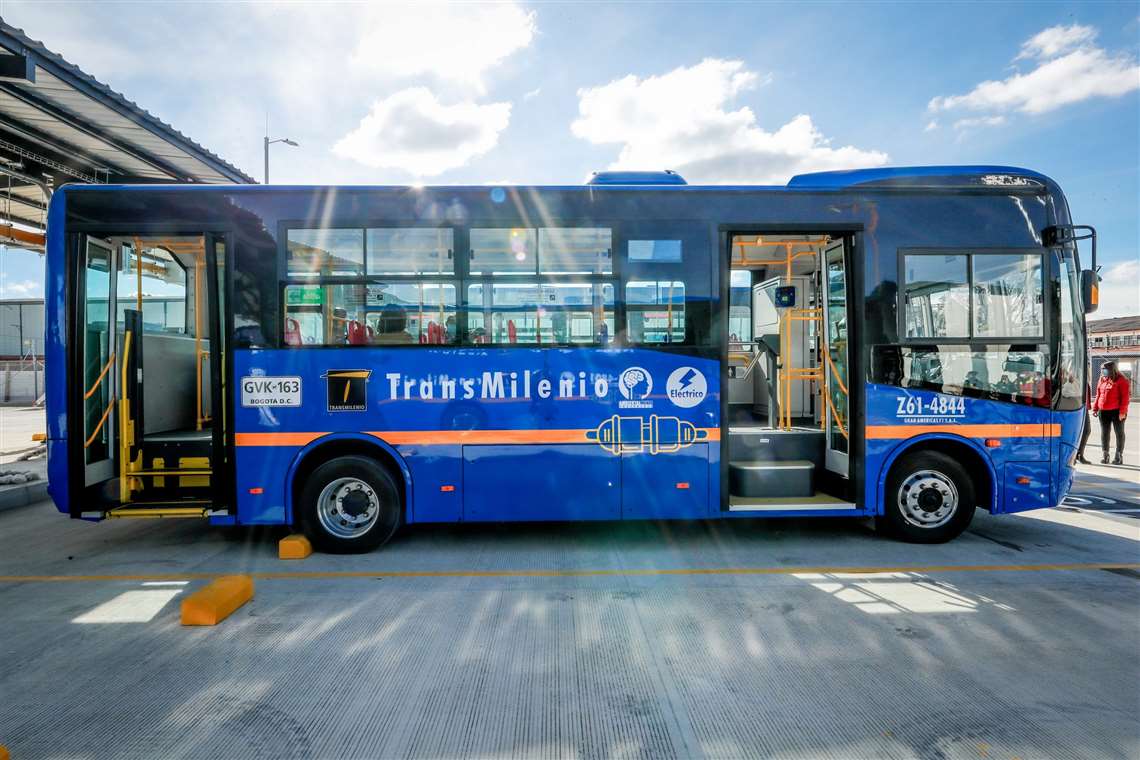 BYD is supplying 1002 all-electric buses to Bogotá, Colombia, in what the company said is the largest single order for electric buses outside of China.

BYD announced it has won cumulative orders to supply 1002 all-electric buses to Bogotá, Colombia. The company said it is the largest order for pure electric buses outside of China to date and sets a record for the company for sales volume in the overseas pure-electric bus industry.

“As the world’s leading new energy vehicle manufacturer, BYD has overcome many difficulties resulting from the pandemic, exclusively winning this tender because of our all-round capability,” said Lara Zhang, the regional director of BYD Latin America. “We are extremely grateful for the trust and recognition of all our strategic clients, and we are also looking forward to working with Superpolo and Busscar on this exciting project.”

The vehicles are scheduled to be delivered during 2021 and into the first half of 2022 and will be put into operation on 34 bus routes across five regions of the capital city. Like the 470 bus models delivered by BYD to Bogotá in December, this batch of 1002 buses includes 9- and 12-meter models.

“Assembling the bus body parts in Colombia will not only help boost the national economy by creating skilled jobs for the local community, but also improve the quality of transportation services, cut carbon emissions, and improve the environment,” said Maria Fernanda Ortiz, head of Transmilenio S.A.

Overall, BYD said it has won 1472 orders for all-electric buses in the Colombian capital. According to Transmilenio, the buses will reduce 83,433 tons of carbon dioxide and 9.63 tons of particle emissions per year compared to diesel buses meeting fifth-generation European emission standards over a 15-year period.

In addition to Bogotá, BYD buses operate in Medellin, Cali and other Colombian cities. At present, BYD said it has accumulated 1550 orders for pure electric buses in Colombia, which is among the nations leading the push for bus electrification in Colombia and Latin America.

“This more than 1000 buses order marks a fresh start, which will effectively promote the rapid development of green transportation in Latin America and the coming era of global bus electrification,” said Stella Li, president BYD Motors. “In the move towards electrification globally, BYD will continue to make great contributions moving forward.”

Since BYD entered the Colombian market in 2012 it has made several breakthroughs, including establishing Latin America’s first pure electric taxi fleet in Bogotá in 2013. The company said it has over 96.5% market share in the Colombian electric bus market and 99% in Bogota.