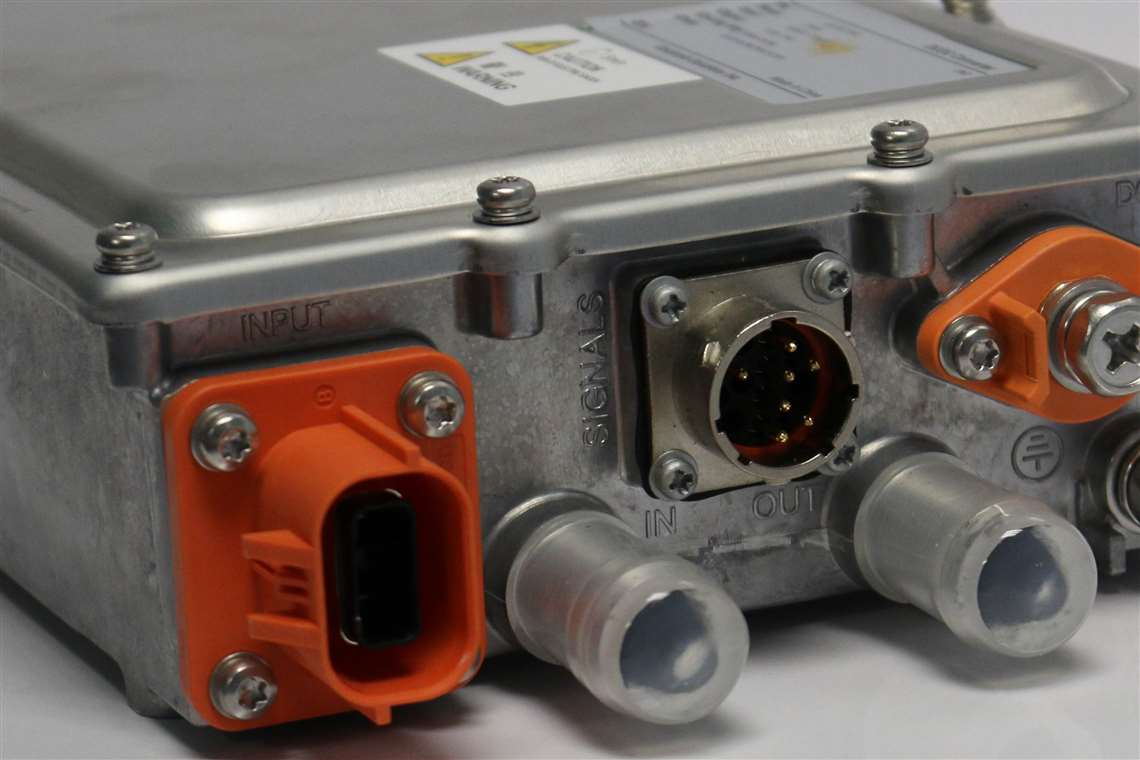 David Mazaika saw an opportunity based on his 20 years of experience in the heavy-duty commercial vehicle space. To help fulfill that vision, he founded Coulomb Solutions Inc. (CSI) two years ago to work with original equipment manufacturers to help develop and manufacture reliable and affordable battery-electric commercial vehicles.

“A lot of really good EV products have come out over the past five to ten years,” said Mazaika. “But the biggest challenge has always been that the cost of the commercial vehicles can’t meet the total cost of ownership goals the fleets have. As a result, fleets will buy in small numbers, maybe five or 10 vehicles — a really big fleet might buy 50. They’re being sold in relatively small numbers and it was slow to go mainstream. The biggest contributor to the higher costs was the batteries.”

Mazaika reached out to Contemporary Amperex Technology Co. Ltd. (CATL), one of the largest motive power battery designers and manufacturers in China. Based in Ningde in the country’s Fujian Province, CATL was founded in 2011 as a spinoff from a major supplier of batteries for consumer products. Since then, one of its focuses has been reducing the cost of its batteries.

“The CATL product has been out there for about eight years, and they’ve got high-volume manufacturing lines in place,” said Mazaika. “They’ve already got 270,000 commercial trucks and buses on the road using CATL batteries. These have given them unparalleled experience, having traveled over 25.7 billion miles. They are extremely well-proven. My goal was to bring the over the high-volume, high-quality manufactured products that were available in China to really enable the whole electrification of commercial trucking in North America. And now that’s CSI’s goal.”

In early 2019, CSI signed a long-term partnership with CATL, becoming a wholesale distributor and service center for its commercial vehicle battery systems in North America. The Livermore, Calif.-based company is named after Charles de Coulomb, a French physicist who made important discoveries in electricity and magnetism. He was born in 1736. 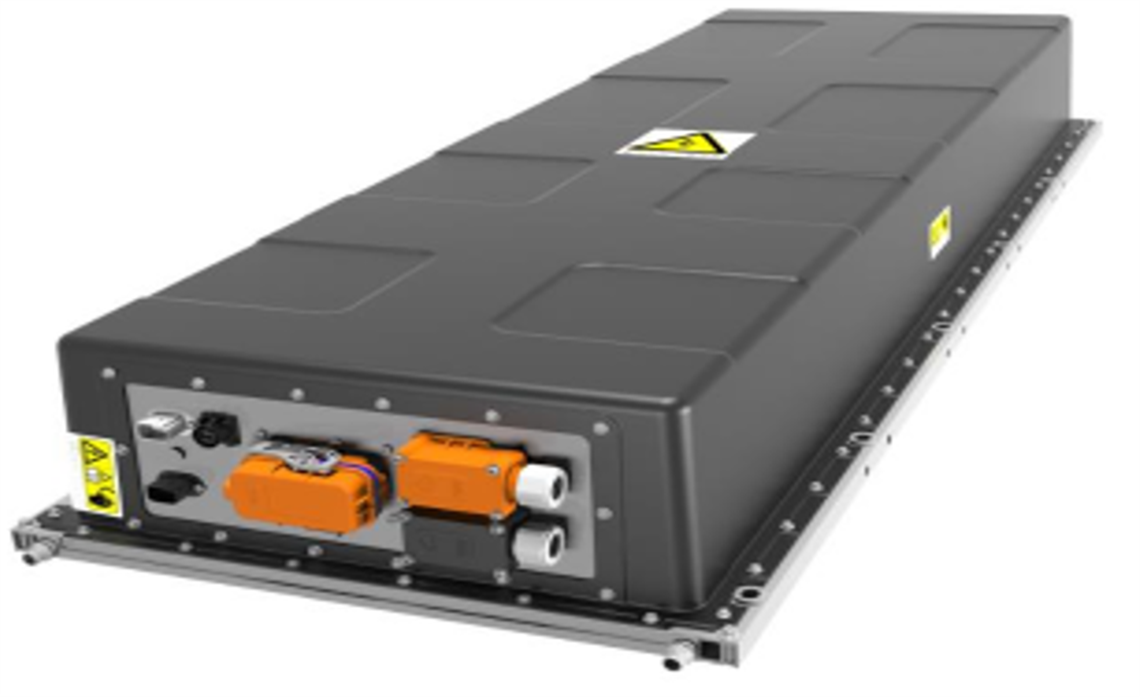 “We now have a suite of customers,” said Mazaika, and while unable to disclose them by name, “they include major truck manufacturers, large system integrators and other component manufacturers.” He said COVID-19 has slowed the progress on some significant projects that will soon be made public.

“Because we have so many of these battery systems on the road, and because between CATL and CSI we have worked with so many different vehicle manufacturers, we’ve been able to make it so the interface to the vehicle OEM is relatively simple. We can get these battery systems up and running in a prototype truck in a week, or two at the most.”

Much of the opportunity for customization centers around operator interface, and “those are easy settings we can put in to adapt to whatever our customer’s preferences are,” he said. “There are unique situations. For instance, in the transit bus industry they have a ‘get off the railroad switch,’ so no matter the problem, if that bus is stuck on the railroad and the driver pushes the override switch, it needs to go. We can set that up.”

Compared to passenger vehicles, the application requirements and work conditions can be more complicated in commercial vehicle electrification and include a range of equipment such as city buses, trucks, vans as well as forklifts, locomotives and construction equipment.

CATL’s battery solutions include lithium-iron phosphate (LFP) chemistry — an extremely popular choice for buses in China — that feature a long cycle life and high thermal runaway stability up to 800°C. CATL’s standard LFP cells are capable of 4000 100% DoD (depth-of-discharge) 1C charge/1C discharge cycles and its super long life or “million-mile” technology is capable of 12,000 cycles. The coulomb (symbolized as C) is a standard unit of electric charge in the International System of Units (SI). 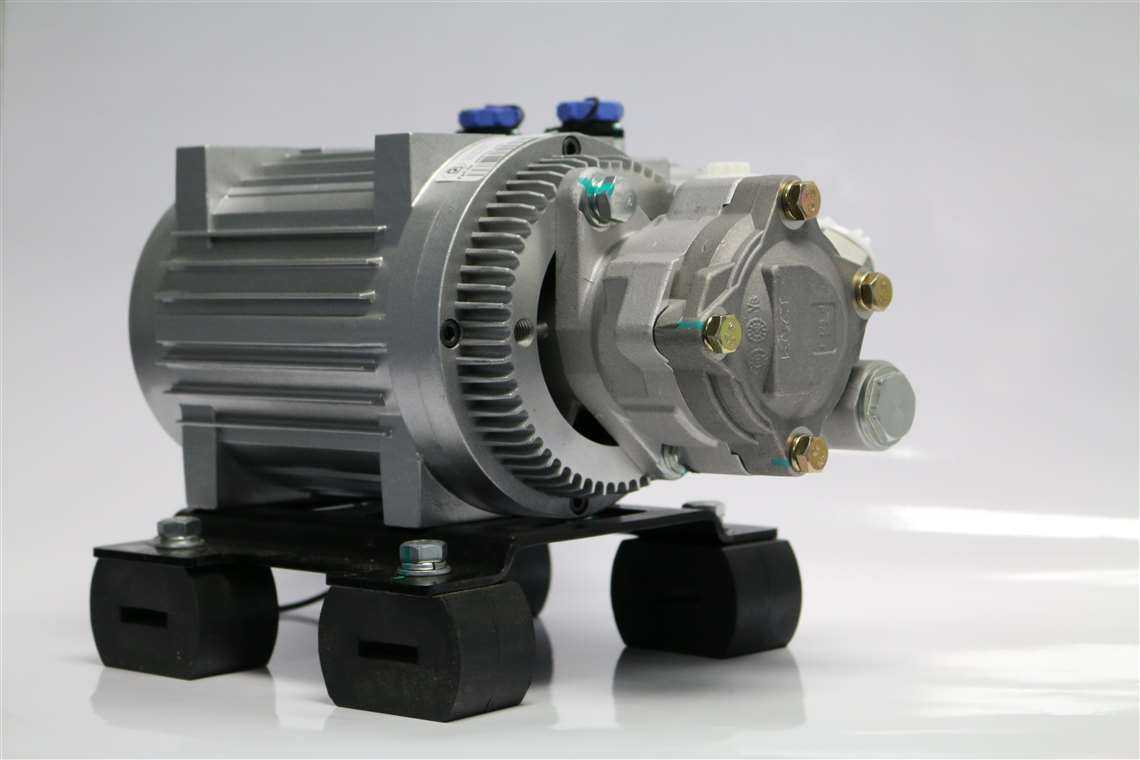 CSI also distributes a wide range of accessories for commercial electric vehicles, including this steering pump. It uses a permanent magnet motor and includes a reservoir.

The company said its cell-to-pack (CTP) technology, as compared to the traditional method of placing cells in modules and then packs, decreases the parts count and can today achieve an energy density of 160 Wh/kg, the same as the Tesla Model 3 NCA (nickel cobalt aluminum) battery pack. Tesla Inc. is now using CATL’s LFP batteries for its Model 3 electric car sold in the Chinese market due to their lower cost, said CSI, which could be an early indicator that more LFP batteries will find their way into passenger cars.

The company also offers nickel manganese cobalt (NMC) batteries for commercial vehicle electrification, especially vehicles that have higher requirements for volume efficiency and can accept the lower cycle life of the NMC products. With NMC, engineers can package more energy in a smaller space which is important for passenger cars but is not a a significant consideration in larger commercial vehicles.

The commercial LFP battery systems come standard with a five-year warranty and are available with an optional seven-year extended warranty.

“From CATL’s perspective, their business with each is about 50/50 in quantity,” said Mazaika. “They don’t have a reason to push one chemistry or the other, so we can focus on the best chemistry match to the application. For the commercial vehicle segment, they almost exclusively use LFP because they have doubled the cycle life compared to the NMC cell. We can now get enough of the LFP cells into some smaller vehicles to meet typical automobile range requirements, such as with the Tesla Model 3.”

“CATL has a number of standard packs, and this is something that’s very different in the U.S. marketplace,” said Mazaika, “where if you go around to different battery manufacturers no two packs are the same size and no two packs use the same connectors. In China, because they are building to such a high volume, they’ve gone through a standardization process. They have different packs like we have a D cell for a flashlight or AA batteries for a television remote. They offer C packs, G packs and H packs that are standard for heavy commercial vehicles. We can mix those into different packs for different voltage levels. It’s very easy to adapt them to different applications.” 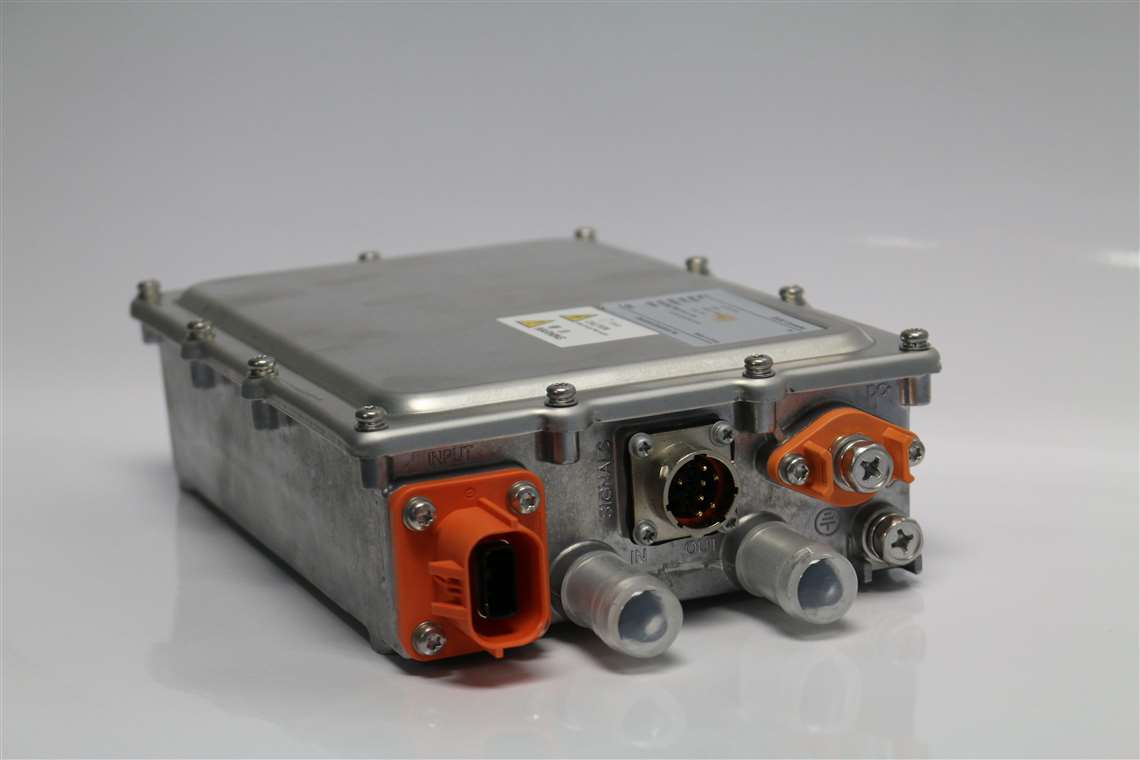 The 2.5 kW dc-dc converter from CSI is CAN-controlled and liquid cooled.

CSI works with customers to help integrate battery-electric systems into vehicles and will partner with drive system manufacturers for motors and axles. It can supply a battery system and a battery management system so that it interfaces with a vehicle controller.

“Another thing we’re working on is we’re making our sub systems for the accessories basically plug and play, so they won’t really require any system oversight,” said Mazaika. “They will either operate in the manner that we at CSI believe is the most efficient way for the accessories to operate, or if you’re an integrator and you have the newest, most fantastic algorithm to operate the component, that will work, too. Our support then is in terms of software integration and making sure the system communicates effectively.”

For the future of CSI and the commercial electric vehicle in general, Mazaika said to stay tuned. “The technology is only getting better. We are very early in the timeline for electric vehicles and batteries for electric vehicles, and there is going to be a continuous series of battery improvements even beyond the annual 5 to 10% that is typical. We believe this will enable the electrification of commercial vehicles in North America very rapidly and CSI will continue to be a leader in driving that change.”

Written by Chad Elmore, this article originally appeared in the New Power Progress supplement, part of the February issue of Diesel Progress.