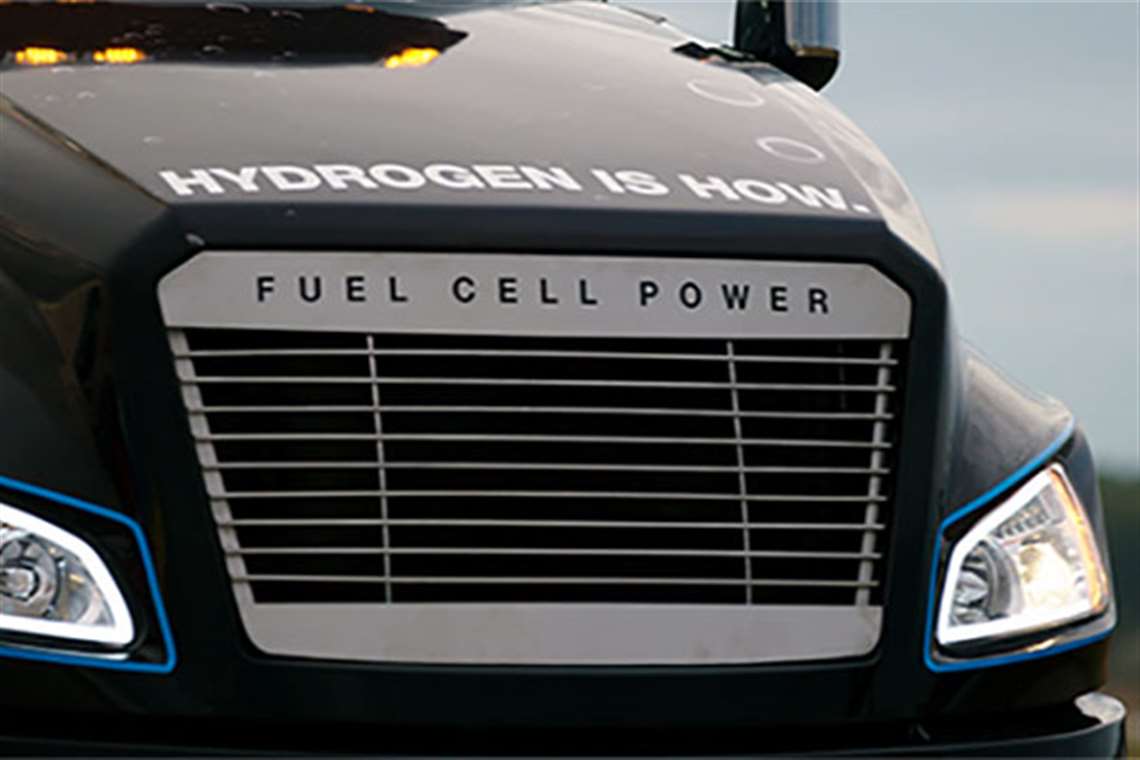 In a presentation to financial analysts, Linebarger said the change was made to reflect the company’s recent investments, including the acquisition of fuel cell specialist Hydrogenics, which broadened the scope of the company’s non-traditional power business. “We’ve now added hydrogen fuel cells and hydrogen generation, so we are launching a new name,” Linebarger said. “We’re calling our business the New Power segment.

“The New Power segment is our investment in new capabilities we need – batteries, fuel cells. We’ve now added hydrogen fuel cells and hydrogen generation, so we are launching a new name.”

Of the new technologies Cummins has acquired, Linebarger said “not only do they represent substitute opportunities, they also represent growth opportunities. As we acquired Hydrogenics, for example, we now have a hydrogen generation capability.

“We also sold 40 fuel cell powertrains to Alstom, a brand-new customer. So we’re seeing new customers, new applications and even just new businesses as we invest in this new power segment.”

Yet while he touted the new capabilities and new technologies the company has as part of its New Power business, Linebarger told the analysts that the transition from engines to new power sources would not necessarily happen quickly.

“Just think for a minute about technology transitions in other industries or that happened in our our industry that required infrastructure and regulations to support them – and how long they took,” he said. “Natural gas might be an example.

“Natural gas has been more attractive than diesel from an energy content versus price point of view for some time. Why aren’t natural gas vehicles everywhere? You have this whole chicken-and-egg problem – do you put the gas out before people have the engines? There’s just a lot of challenges to move technology through an infrastructure kind of change.

“That’s why I put infrastructure as one of the pacing factors. A lot of infrastructure has to be built. Somebody has to build it before the markets are there or the market doesn’t go. It’s kind of a back-and-forth, chicken-and-egg thing. This will take some time, especially for those countries and regions that don’t like to spend a lot of money on infrastructure, say the U.S. for example. If you think about regions like China, where they spend infrastructure money more rapidly, we’ll see faster movement there.”

Linebarger added that regulation was also a key driver of new technologies, and the fact that there is little harmonization in emissions standards would also hinder the transition to new power sources.

“You don’t really see strong alignment across countries, even across regions,” he said. “Most of the regs driving people to electrify buses — which are probably the fastest moving market — are driven by cities, individual cities.

“So these are not aligned regs and if you really want technology change to occur from a broad infrastructure point of view, aligned regulations really help. We just don’t have that today.”

Linebarger also told the analysts that despite all the progress that has been made in alternative powertrain technologies “they are not ready in many of the applications that we participate in.

“These are customers that must carry their load every day all the way to the endpoint. You can’t go two-thirds of the way and take a stop, you’ve got to go all the way,” he said. “The point is, this technology change is happening and it’s exciting but it’s not really there yet. It’s still coming step-by-step.”

“I think Cummins will not only be active in these technologies, we will end up the powertrain leader now through the transition and at the end of the transition.”

In the meantime, Linebarger said the company’s internal projections, both on the short term to 2030 and the longer term to 2050, showed that combustion engine technology would continue to play a significant role. He said that through 2030, Cummins sales of diesels would remain strong.

“Diesel is going to represent a growth area for Cummins even though the overall market isn’t growing,” he told the analysts. “Natural gas, which we are a significant player in, may play a decent role. It’s not clear whether natural gas goes or hybrid goes — a lot of that will depend on what California does.”

Linebarger said that even in the bus market, which has seen the greatest adoption of electrification technology, Cummins projected that “45% of powertrains purchased in 2030 are still internal combustion engines, either natural gas or diesel.”

Overall, Linebarger reiterated that the transition from diesel and gaseous fueled engines to hybrid, electric and fuel cells would be relatively slow, and “what I think a slow transition does is favor the incumbents, because who can last this long?

“If you have a VC (venture capitalist) funded company that’s a single technology provider, you get to sell 1000 buses for the next 10 years. It’s going to be a tough road and it’s going to be hard to survive in that time. But if you’re selling diesel and natural gas and growing share, you’re going to make it all the way through.

“If you’re a company that sell trucks and you want to know, who am I going to bring in to provide my batteries? If I’ve got a prototype for a show or have 30 to sell, I’ll take anybody. But if I actually have to make them for real, I want somebody I know can live in the commercial vehicle market.

“We can be ready when it’s time to be ready. That’s the opportunity that I think is there for Cummins.”