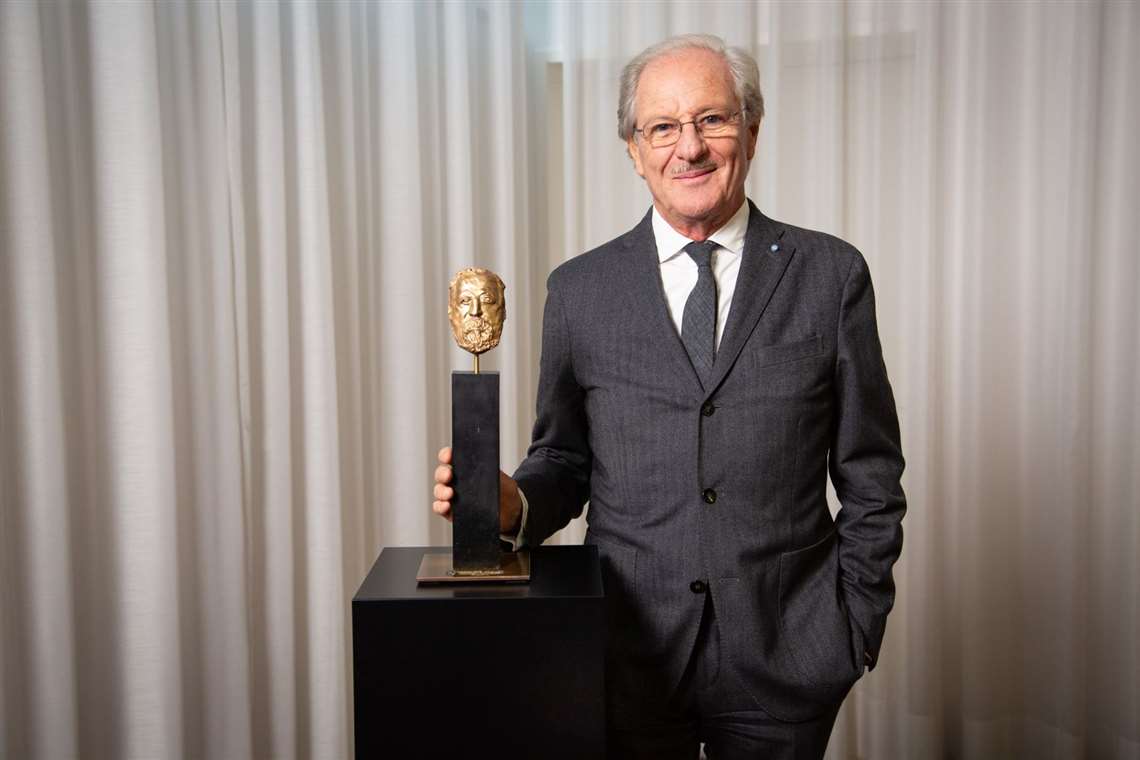 Deutz has honoured Professor Wolfgang Reitzle with the Nicolaus August Otto Award which is intended “to recognize visionaries and promote innovative ideas in the fields of alternative drives, transport, energy efficiency, cutting-edge technology, and future-focused research.”

It is named after the man who co-invented the four-stroke engine and founded the company that is now Deutz.

Reitzle has been working in the field of hydrogen drive systems and fuel cell technology for many years and is a trailblazer for sustainable, low-emission transport, said Deutz.

Reitzle studied engineering and economics at the Technical University of Munich. He began working as a production specialist for BMW, rising to become head of Research and then chief development officer. From there, he first moved to Ford and later to the industrial gas and technology firm Linde. Today, he chairs the Board of Directors of Linde plc and, amongst others, the Supervisory Board of Continental AG.

Dr. Frank Hiller, Deutz chief executive officer, said:“Professor Reitzle is a worthy recipient of the Nicolaus August Otto Award. He firmly believes that hydrogen drive systems are a realistic alternative to today’s internal combustion engines and battery-powered motors and that they can pave the way for zero-emission transport.

“He has pursued his vision with great determination and focus in recent years in order to facilitate the breakthrough of hydrogen drive technology.”

“For many years, I have been particularly concerned with meeting the social challenges of a world in transition with innovative mobility concepts. The award provides further momentum in this respect: Hydrogen drive technology is an important part of the mobility mix to achieve the climate goals for 2030,” said Reitzle.

Hiller added:“They also offer an additional way of getting closer to climate neutrality, including the off-highway segment. Hydrogen internal combustion drives can be realized relatively swiftly because trusted suppliers and production capacities for combustion engines are on hand in Germany.

“Further advantages of this technology are its resilience and broad scope of application. Initially, Deutz is considering this technology as an interesting alternative for use in stationary equipment and generators.

“The contribution that hydrogen internal combustion engines can make to achieving climate neutrality is a very valid reason to conduct further research in this area. But in order to do so, we need a clear regulatory framework that provides a reliable basis for planning. We also urgently need a roadmap that sets out which drive technologies will be supported in the medium and long term.”