Just over two weeks after Deutz AG made significant changes to its top management, the company has announced a leadership change at one of its subsidiary companies involved with electrification.

Torqeedo GmbH, a specialist in marine electric drives and part of the Deutz group, announced that Dr. Ralf Plieninger, the company’s chief operating officer and managing director, has decided to leave the company as of May 1.

Plieninger who joined Torqeedo in 2012 as chief technology officer (CTO) and chief operating officer (COO), is being succeeded by Deutz CTO Dr. Markus Müller, who has been appointed interim CEO and managing director of Torqeedo, effectively immediately. Müller will also maintain his duties at Deutz.

“Over the past 10 years, Dr. Ralf Plieninger has been instrumental in the rise of Torqeedo, playing a particularly important role in the industrialization and technological advancement of electric-powered watercraft,” Müller said. “We would like to thank him for his contributions to Torqeedo and his major efforts to support the launch of the E-Deutz strategy. We wish him every success for his future career.”

“It’s been an honor to build up and lead the Torqeedo team for the past 10 years,” Plieninger said in a statement to employees. “Together, we have brought innovative electric products to the market, where they have transformed entire segments of the marine industry. At the same time,we have turned a small, innovative startup into a market leader.”

Müller has been CTO at Deutz since 2021 and has served in various senior technical roles for the company since 2006. As CTO, Müller is highly involved with the E-Deutz electrification strategy and the recently announced Deutz Green segment. 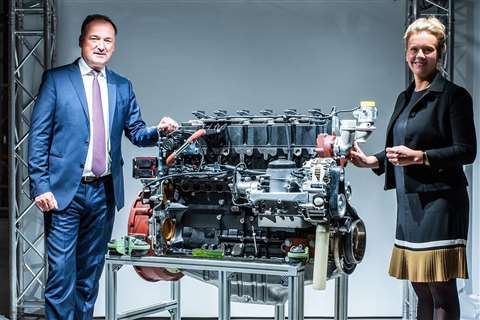