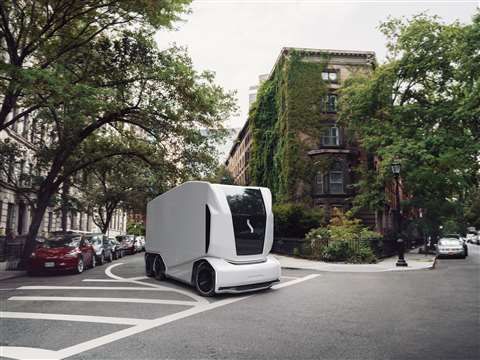 The Einride Pod features SAE level 4 self-driving technology and safety architecture designed to allow for safe operation without a driver in the vehicle. (Photo: Einride)

The Pod can load up to 20 tonnes and has a travel a distance of approximately 20 miles per charge. It features SAE level 4 self-driving technology and safety architecture designed to allow for safe operation without a driver in the vehicle. Operation is monitored by a remote Pod operator to ensure the vehicles run optimally and safely as they ship goods. Rather than drive the vehicles, the operators will serve to provide operational support to multiple pods at all times via the Automated Driving Systems. 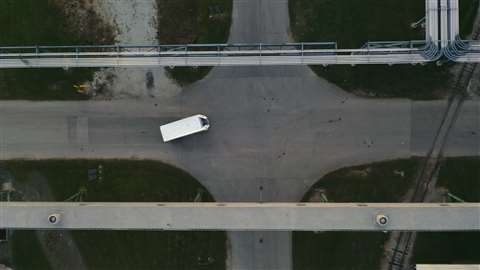 According to Einride, this is the first time a purpose-built autonomous electric truck without a driver on board has received permission for use on public roads. (Photo: Einride)

According to Einride, monitoring of the vehicles at all times will be “critical in safely scaling autonomous vehicles by keeping humans in the loop and creating jobs to fulfill a future way of shipping.”

The company added that its NHTSA approval marks the first time a purpose-built autonomous electric truck without a driver on board has received permission for use on public roads. “This is a type of vehicle that has never before been seen on U.S. roads and marks a major milestone as a turning point for the future of the freight industry,” said Robert Falck, Einride CEO and founder. “We know the autonomous and electric technology of our pod will not only revolutionize transportation but also create thousands of jobs and help America stay competitive.”

In a two-week road pilot project, which will take place in Q3 2022, the Pod will be used to support operational flows for customer GE Appliances (GEA), a Haier company, while operating along a one-mile stretch with mixed traffic and positioned between GEA’s Selmer, Tenn. manufacturing facility and warehouse. The vehicle will execute real-life workflows, including movement of goods and coordinating with teams at various warehouses for loading and unloading.

This will not be the first time Einride has partnered with GEA to showcase its technology in the U.S. In 2021, the two companies formed a partnership that included implementation of electric transportation solutions at three of GEA’s locations in Kentucky, Tennessee and Georgia - making Einride the first freight technology company to have a fleet of operational autonomous and electric vehicles on U.S. soil, the company asserted.

In commenting on the latest partnership, Bill Good, vice president of Supply Chain for GE Appliances, said, “We are creating a more sustainable and efficient supply chain through increased electrification and automation in our manufacturing and distribution operations. We’ve appreciated working with Einride in demonstrating how their Pod technology can help us accelerate achievement of that goal.” 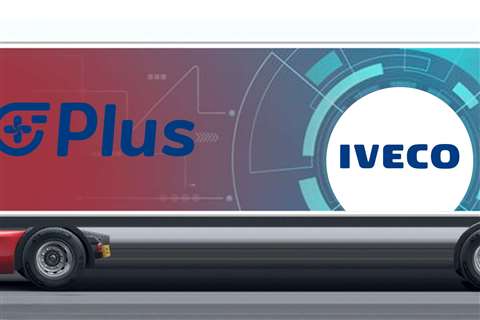 Iveco and Plus team up for testing of autonomous driving tech
The tech would cover Level 4 autonomy, related to specific areas of operation 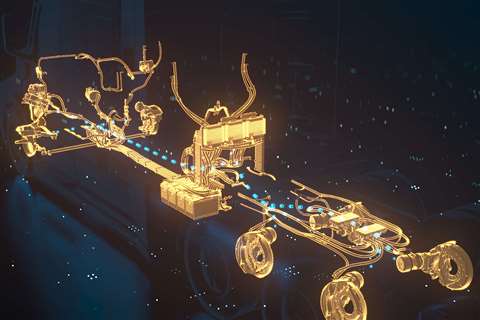