Drive system to be used in commercial electric trucks

Exro Technologies Inc., a Canadian company that has developed what it called a new class of power control electronics for electric motors and batteries, has signed an initial purchase order and multiyear master sales and service agreement to supply 1500 Coil Drive System units to commercial electric vehicle company SEA Electric. 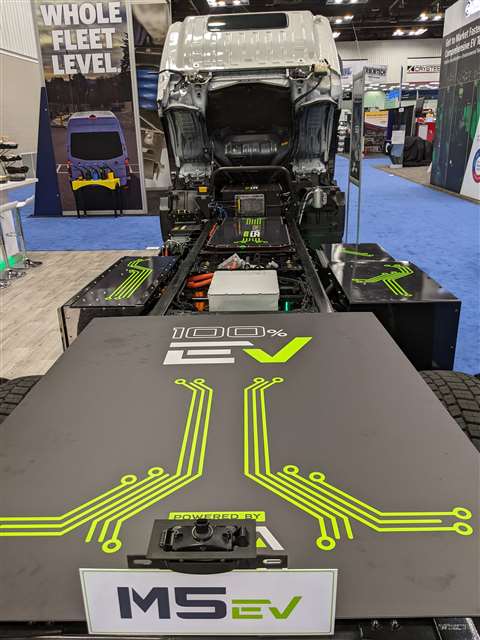 Under the agreement, SEA Electric will purchase high-voltage Coil Drive System units from Exro, along with a production slot, system pricing and commissioning services. Pilot vehicle integration is expected to begin as early as November of this year, followed by track and on-road testing in 2023. These testing phases are expected to culminate with series production Exro 400V Coil Drive System units.

“We are thrilled to announce another milestone in our partnership with SEA Electric,” said Sue Ozdemir, CEO, Exro. “The project has faced delays as taking new tech to market is never linear, but this milestone is representative of SEA and Exro’s joint commitment to next-generation electrification in e-mobility. As we look to 2023 and beyond, our technology is de-risked, and momentum is building with customers like SEA who are looking for a differentiated technology that can improve performance while reducing cost. This latest announcement is a demonstration of Exro advancing to the next phase with a great partner and major industry player, and we are pleased to signal this unlocking of value to the market for our shareholders.”

The agreement commences with delivery of up to 25 Coil Drive System sample units comprised of a high-voltage Coil Driver and an electric motor. The sample units will be used as a part of a joint nine-to-twelve-month pilot program as part of SEA Electric’s on-road testing phase in the company’s next-generation F-59 Class 5-6 delivery vehicles. After successful in-field validation, the first purchase order will supply 500 units with deliveries starting in Q4 2023, followed by an increasing volume of production series systems up to a minimum of 1500 units over the 36-month term of the agreement.

Exro and SEA Electric have collaborated on a range of projects since early 2020. Following the development efforts between the companies, this agreement moves the partnership into a new commercial phase for SEA Electric’s next generation F59.

Exro and SEA Electric said they will continue to collaborate on additional development projects, including an SiC 800 V application for a next generation Dennis Eagle heavy-duty truck.

Exro expects its Coil Driver technology to help accelerate the transition toward electrification in mobility by solving performance-cost trade-offs. It optimizes the performance and efficiency of electric and batteries through the physics of coil-switching to expand the capabilities of motors by enabling two separate torque profiles (low speed torque, and torque at speed), effectively acting as an electronic gear. With it, the company said, SEA Electric can reduce the number of motors, the size of batteries and eliminate the need for mechanical gearing which the company said would allow electric vehicles to achieve better acceleration, gradeability, high-speed 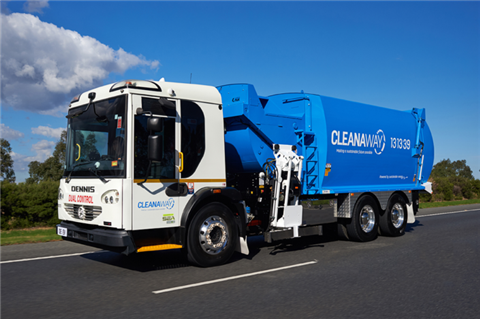 torque and improved efficiencies for a lower cost.

“Our goal over the next five years is to eliminate 2.5 billion pounds of CO2 emissions through the deployment of our electric delivery and garbage trucks, shuttle buses, cargo vans, and more,” said Tony Fairweather, CEO of SEA Electric. “Exro’s innovative Coil Driver technology will help accelerate our goal, by enabling the next generation of our electric fleets to consume power more intelligently and with minimal resources or waste.”

Founded in Australia in 2012, SEA Electric has a global presence, deploying product in the U.S., Canada, Australia, New Zealand, Thailand, Indonesia and South Africa with collectively more than one million miles of independently OEM-tested and in-service international operation.

In May it was with electric bus manufacturer Vicinity Motor Co. The agreement is to start with a first lot purchase order of 100 units. Over the 36-month term of the agreement, Exro said it will deliver an increasing volume of the Coil Drive System for up to 2500 units that includes a Coil Driver and an electric motor, which were designed to meet Vicinity’s requirements for its electric buses in North America. Exro will also support the development of Vicinity’s electric motor chassis for Class 5-6 bus configurations and provide engineering services to enable ac fast-charging using Coil Driver.

In the same month, the company signed an agreement with ev Transportation Services Inc. to supply 1000 units of its 100 V Coil Drive System for use in the 2023 FireFly three-wheel all-electric machines, which the Massachusetts-based start-up calls an “ESV: Essential Services Vehicle.”