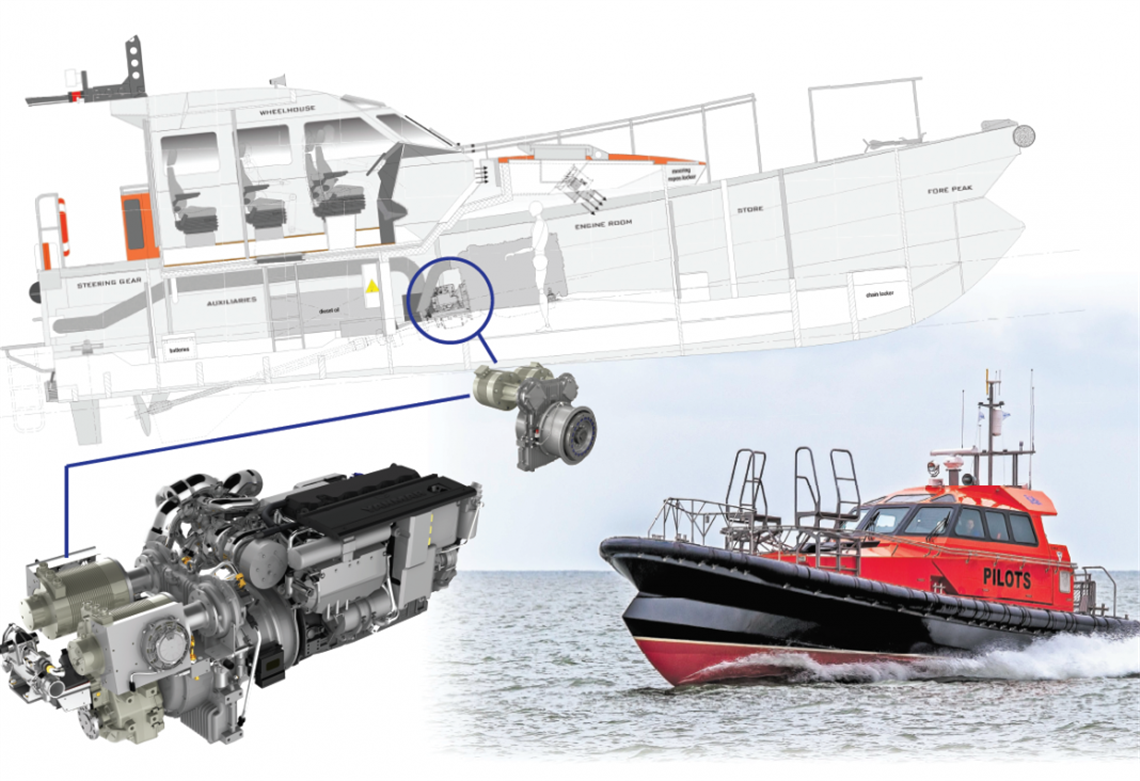 The boat has been ordered by the Port of London Authority (PLA) and it is expected to be UK’s first hybrid pilot boat. The 13.6-meter-long hull is based on the established ORC design by French naval architects Pantocarene, with a ‘beak’ bow that insures the vessel a superior all-weather capability.

The ORC 136 HY parallel hybrid pilot boat, will combine both diesel and electric power and has been designed to be completely emission free when operating in electric mode. The vessel is expected to reach up to 15 knots.

The Transfluid plug-in hybrid system is supplied by Marine and Industrial Transmissions Limited (MIT) – Transfluid’s distributor in the UK. E P Barrus is delivering the Yanmar diesel engines and transmission.

Steve Pierce, general manager for Goodchild Marine Service Limited, said: “Passenger boats, such as ferries are low speed on a pre-determined duty cycle and there are times they can be plugged in and re-charged. Pilot boats, however, can be erratic on duty cycle and speed requirements, so to achieve 15 knots under hybrid power is a leap and perhaps why no one else, to the best of my knowledge, has gone for it.”

He added: “With a light hull shape and minimal drag, our ORC range lends itself towards hybrid power. Coupled with a controlled propulsion power transfer, the system should make a significant impact upon the carbon footprint, adhering to the strategy implemented by the PLA.”

The installation of green technology is one of 18 proposals outlined in the PLA’s Air Quality Strategy for the Tidal Thames. A first for the UK port sector, the strategy aims to reduce river-based air pollution, whilst also facilitating future growth of waterborne freight and passenger transport.