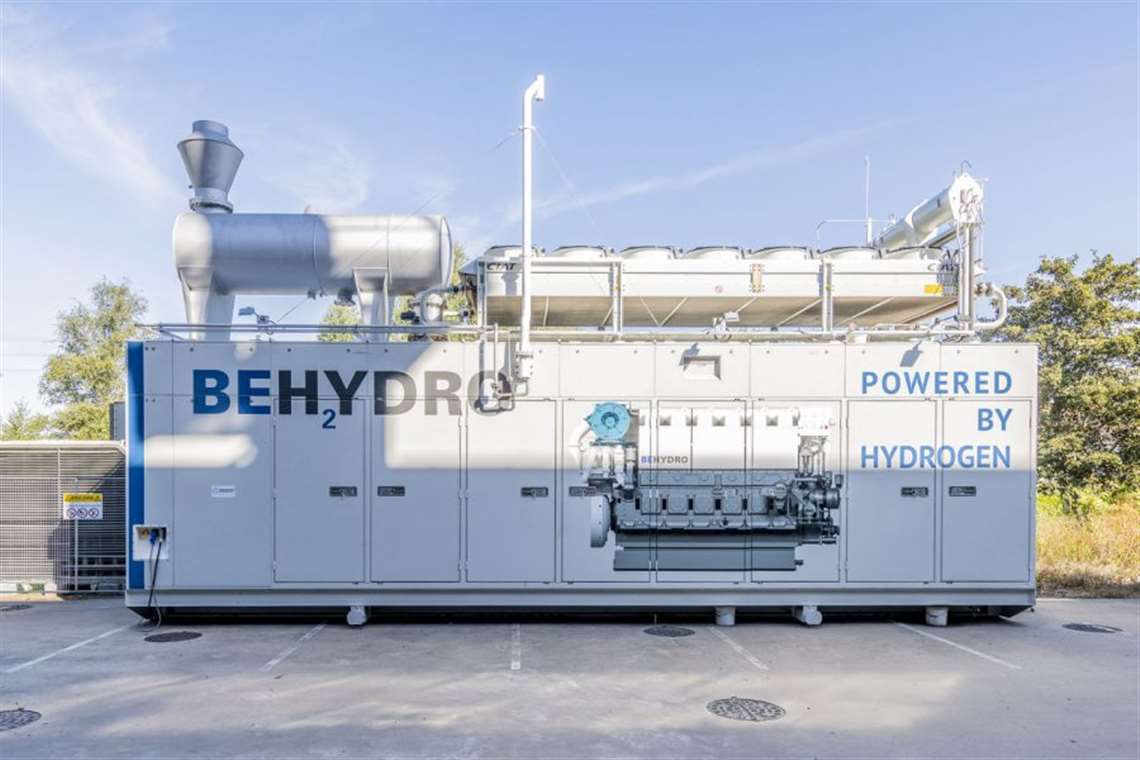 The new engine was unveiled earlier this month and offers the potential to reduce CO2 emissions by up to 85%, the JV partners said. Through its dual-fuel technology, the engine can continue to supply power even if no renewable energy or hydrogen is available. It can also operate on a much higher proportion of hydrogen than previously achieved, up to 85%, with the rest standard Marine Gasoil.

Based on this development, BeHydro is now planning to develop larger engines of up to 10 MW. In a first phase, the company says it can produce 100 hydrogen-powered engines per year. In addition, BeHydro is developing a mono-fuel hydrogen engine that will be ready by the second quarter of 2021.

Tim Berckmoes, CEO of ABC, said BeHydro has already received its first order for a pair of 2 MW dual-fuel engines for a hydrogen tugboat to be deployed by the Port of Antwerp.

“This collaboration with CMB and ABC is an important development in demonstrating the potential of hydrogen as a fuel for shipping,” said Andy McKeran, M&O commercial director for Lloyd’s Register. “This Approval in Principle demonstrates LR’s commitment to helping the industry to adopt safe, reliable and economic new technologies and processes to meet decarbonization ambitions.”

Alexander Saverys, CEO of CMB, said the recognition by Lloyd’s Register is an important milestone in the launch of the BeHydro medium speed engines. “It confirms that the built-in safety systems are solid proof,” Saverys said. “We now feel confident to start working on the first applications with these clean and powerful engines.”

BeHydro believes hydrogen can be used across a range of applications.

“BeHydro reinforces the recently announced EU vision on hydrogen and proves that the energy transition for large-scale applications is possible today,” Saverys said. “These include main engines for coastal shipping, inland shipping and tugboats, auxiliary engines for deep-sea vessels, but also trains and electricity generators for hospitals and data centers. In theory, any large diesel engine can be replaced by a BeHydro engine.”

To see a video on the BeHydro engines, click here.