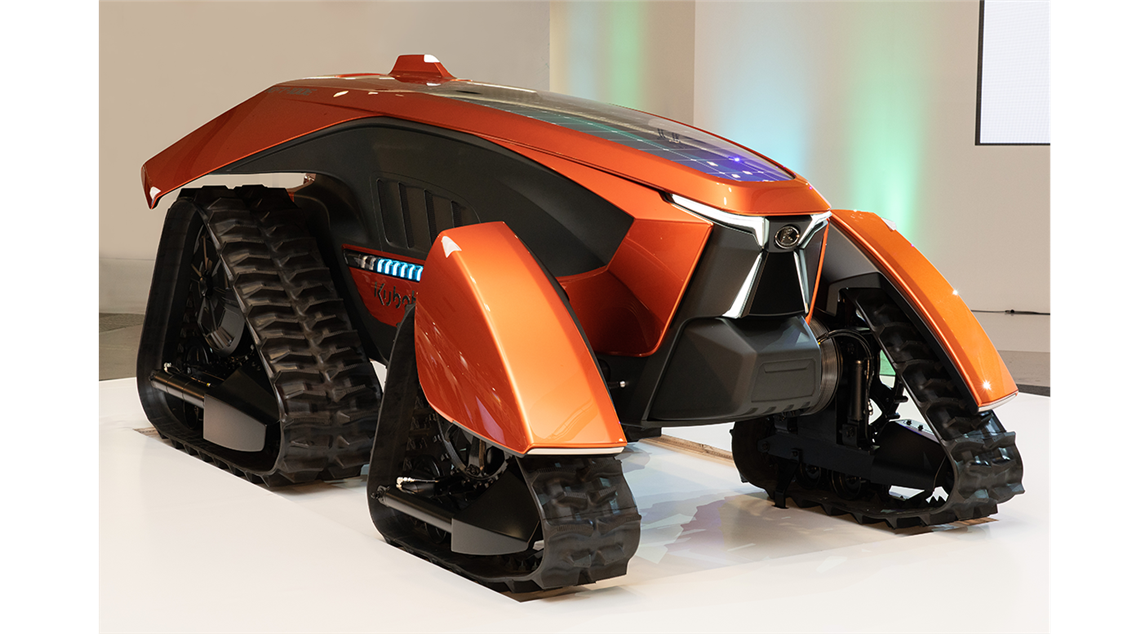 Although one of the company’s primary product categories is agricultural machinery powered by diesel engines, it said it has engaged in the research and development of electrically powered equipment, including motors, inverters, and battery packs, to prepare for future opportunities. Kubota said it will proceed with the continuous development of that technology through experiments and by analyzing the needs of users.

The tractor is powered by lithium-ion batteries with a performance output the company said was equivalent to that of a compact tractor with a diesel engine. The construction machinery prototype shares key electrical components with the tractors, it said.

Kubota said it planned to test the machines in France this year, with an eye toward production after it conducted a series of experiments and evaluations.

Equipped with artificial intelligence and electrification technology (lithium-ion batteries and solar panels), the concept tractor is fully autonomous. In-wheel motors make it possible to arbitrarily change the rotation speed of the four tracks to achieve a tight turning radius, said the company.

The concept machine was designed in anticipation of the full-scale introduction of smart farming that was expected by farmers in Japan as well as around the world. In Japan, with an increasing number of farmers retiring, the average scale of farms are expected to grow as a result of contract farm operations. In order to address the challenges farmers are facing, including labor shortage, the company said smart farming will be the future.

The concept would use data such as weather forecasts and growth rates to choose the appropriate operation in the field at the right time. The environmental data obtained by the tractors could be automatically shared with other machines on-site.

Kubota’s smart farming news this year hasn’t all been conceptual, either.

The company previously announced that it has invested in Abundant Robotics Inc., an U.S.-based start-up that is developing apple-harvesting robots by using advanced technologies.

Through its investment in Abundant Robotics, Kubota said it intends to contribute to labor-saving and efficiency improvement in farming in the U.S. and other countries.

Last June, Kubota launched its Innovation Center as a division for the pursuit of open innovation based on coordination with external partners. The company is currently pursuing negotiations for collaboration with startups, beginning with Advanced Farm Technologies Inc., which it invested in during August 2019. That firm is working on robotic strawberry harvesting in California.