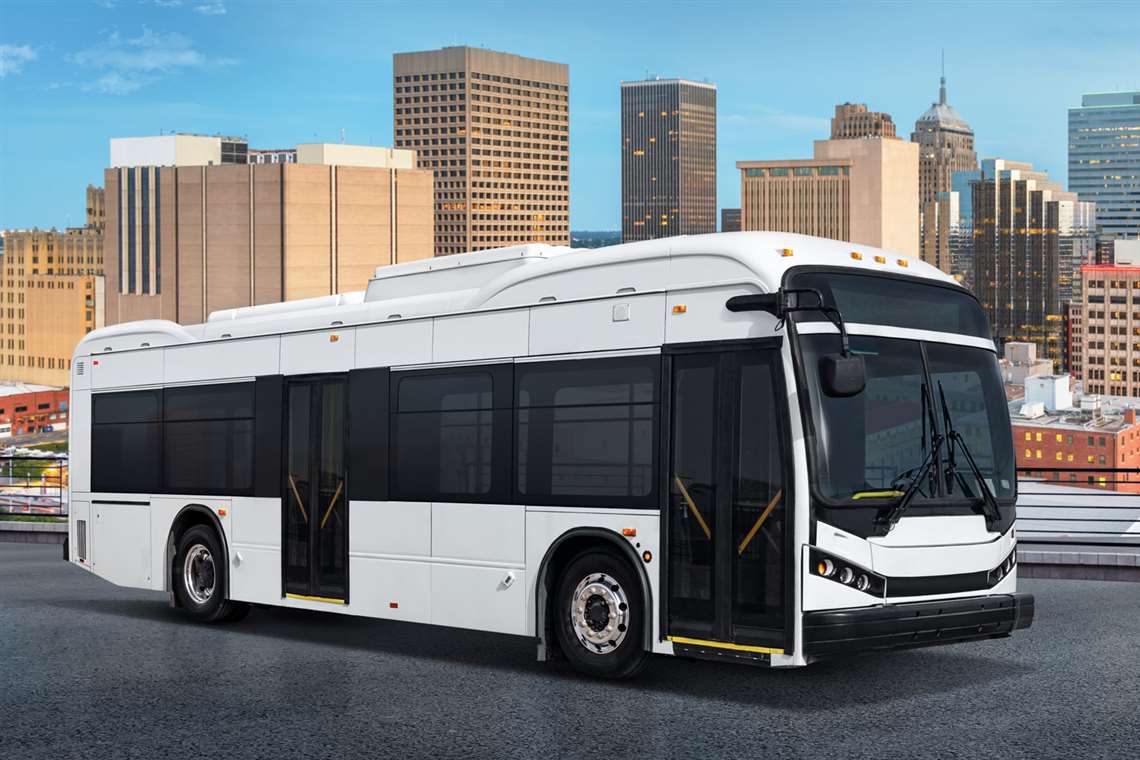 China’s BYD said that the Los Angeles Department of Transportation (LADOT) has ordered 130 of its battery-electric model K7M buses, the largest single order of BYD’s battery-electric buses to date in the United States.

The 30-ft. K7M bus has a 195 in. wheelbase and seats 22 passengers. The power is produced by BYD’s iron-phosphate batteries which power a.c. synchronous motors delivering a maximum power of 90 kW x2 and a maximum torque of 550 Nm x2. The power system drives a ZF front axle and a BYD in-wheel drive rear axle. There are regenerative Knorr ABS brakes front and rear. BYD has a 12-year warranty on its batteries

Range is listed as up to 137 miles. Battery capacity is 180 kWh with a charging capacity of 80 kW. Charging times are three to four hours. Top speed is listed at 56 mph.

LADOT has been working with BYD since 2014 when it conducted a 90-day trial of a battery-electric bus. In January 2017, city officials introduced the first of four K9S battery-electric buses acquired by the LADOT with a grant from the California Energy Commission.