The Lion Electric Co., a manufacturer of all-electric medium and heavy-duty urban vehicles and the Canadian province of Prince Edward Island (PEI), have announced that Lion has received an order for 35 LionC school buses from PEI. The vehicles will join the 12 LionC buses already operating in the province, which have been servicing routes in the Charlottetown area since early 2021. Lion will also provide 35 Level 2 charging stations to PEI as it continues to build out its electric vehicle infrastructure.

The purchase was made in part using funds from the governments of Canada and Prince Edward Island, who are contributing over $6.3 million to the clean school bus project through the Green Infrastructure stream (GIS) of the “Investing in Canada” infrastructure plan.

“It is great to see Prince Edward Island continuing the momentum to electrify the school bus fleet within the province. It was just last November that their initial acquisition of 12 buses was announced, and today they are doubling down on their commitment to clean school transportation and the health of their communities. We look forward to continuing to work with the province on sustainable transportation solutions,” said Marc Bedard, CEO and founder of Lion Electric. 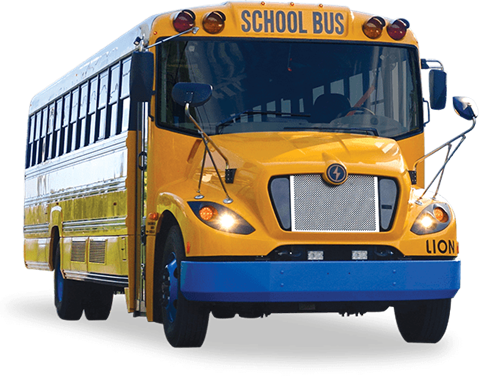 “I am really happy to be working with Lion Electric. They have supplied us with 47 buses over the past two years and their leadership has been pivotal as we work towards achieving our net zero goals,” said The Honorable Natalie Jameson, minister of Education and Lifelong Learning and minister Responsible for the Status of Women. “As Islanders, we see the impact of climate change every day and recognize the importance of leading by example. By adding 35 new electric school buses to our existing 12 electric school buses, more students will experience the important steps we are taking as a province to reduce our greenhouse gas emissions as we work to become cleaner and more sustainable for future generations.”

Through the “Investing in Canada” infrastructure plan, the Government of Canada is investing more than $180 billion over 12 years in public transit projects, green infrastructure, social infrastructure, trade and transportation routes, and Canada’s rural and northern communities.

Lion said it has delivered over 390 all-electric heavy-duty vehicles in North America over the last decade, with more than 11 million kilometers driven since 2016. All of Lion’s vehicles are purpose-built for electric propulsion from the ground up and are manufactured in its North American facility, which has the capacity to produce up to 2500 heavy-duty zero-emission vehicles per year. 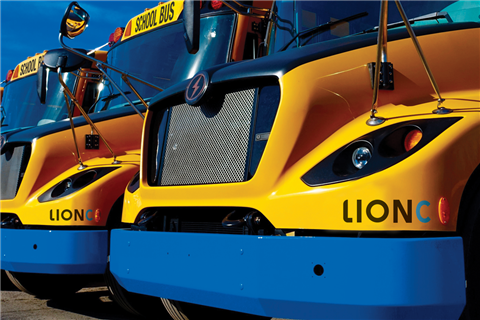 Lion Electric to build U.S. manufacturing facility in Illinois
Facility expected to begin production in second half of 2022 with capacity of up to 20,000 vehicles.