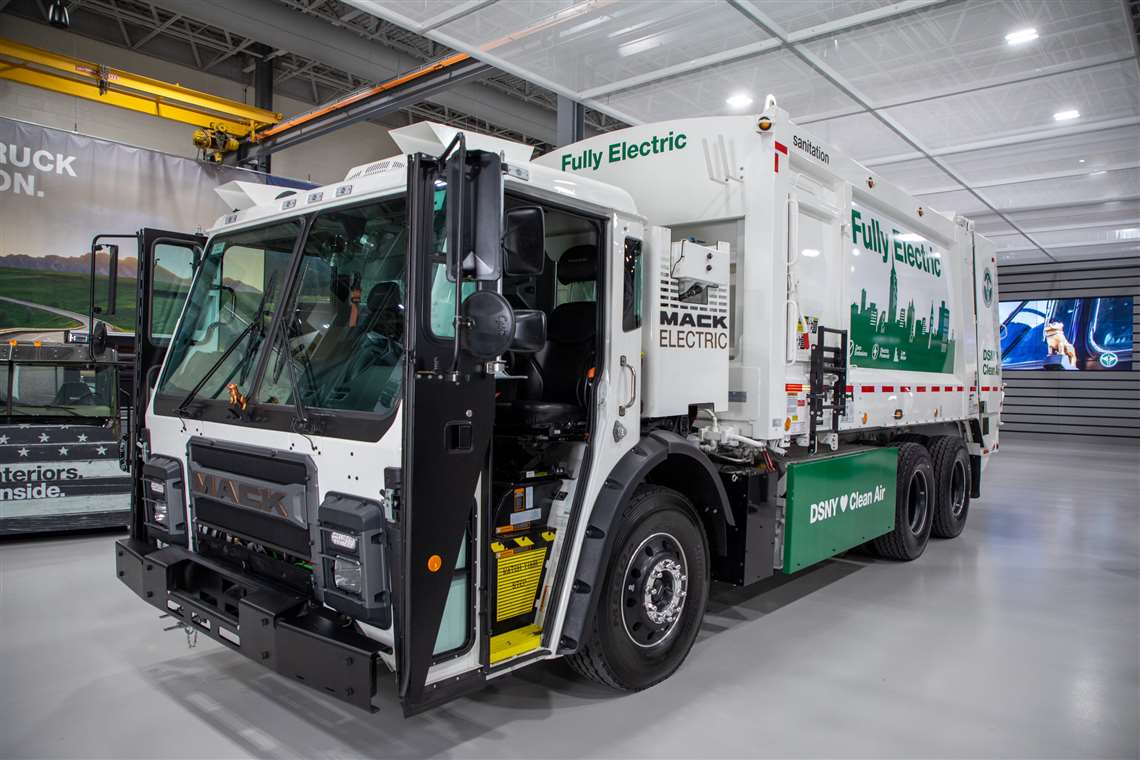 Unveiled in May 2019, the Mack LR electric is powered by Mack’s integrated electric powertrain, that features two, 130 kW motors that deliver a combined 496 peak hp and 4051 lb.-ft. of torque available from zero RPM. A two-speed Mack Powershift transmission harnesses that power and puts it to the ground through Mack’s proprietary S522R 52,000-lb. rear axles.

The truck features four NMC lithium-ion batteries (Lithium Nickel Manganese Cobalt Oxide) that are charged via a 50 kW, SAE J1772-compliant charging system. All accessories on the Mack LR Electric model are electrically driven through 12V, 24V and 600V circuits.
During the demonstration, the Mack LR Electric was piloted around a test course set up on Mack’s test track and skid-pad, which simulated the real world stop-and-go driving found in refuse applications. The test course also featured tight turns and an area to reverse the vehicle, highlighting the truck’s maneuverability.

DSNY will base the Mack LR Electric demonstration model at its Brooklyn North 1 garage and test it on a local collection route. Several vehicle performance metrics will be evaluated by DSNY, including operating range, payload capacity, regenerative braking performance and the overall functionality of a fully electric refuse vehicle in their operation.

“New York City has a goal to reduce our greenhouse gas emissions 80 percent by the year 2035. DSNY along with our more than 6000 vehicles will play a major role as we push toward that goal,” said DSNY Deputy Commissioner Rocky DiRico. “We’re looking at all kinds of technologies to help us achieve that reduction.”