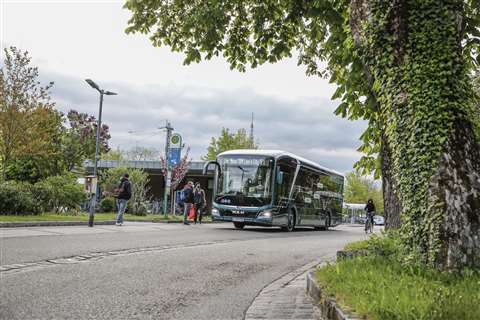 MAN Truck & Bus has reported that it has received 700 orders for its electric bus models since the launch of the Lion’s City E.

The latest order has come from the city of Hamburg, with Hamburger Hochbahn and Verkehrsbetriebe Hamburg-Holstein receiving a combined 53 all-electric city buses.

The Lion’s City E accounts for about 5.5% of all 2,400 bus orders received by MAN over the past fiscal year.

This puts MAN third in the number of eBuses registered in Germany in 2021.

“Our goal is quite clearly to put even more electric buses on the road. By 2025, half of our new city buses will be alternatively powered. And we expect that just five years later - in 2030 – 90% of our city buses will be battery-powered,” said Rudi Kuchta, head of Business Unit Bus at MAN Truck & Bus.

The buses for the Hamburg buyers will start to be delivered this year, but some are already in use. In Nuremburg, Germany and Geneva, Switzerland, a variety of Lion’s City E models are now in service.

Other cities, including Copenhagen, Gothenburg, Stockholm and Malmo are also operating MAN ebuses.

The Lion’s City E first went into production in 2020 at the MAN plant in Starachowice, Poland. Assembly of an articulated version of the bus started in 2021.

The standard bus has a central motor powering the rear axle; the articulated bus uses two central motors powering the second and third axle. Battery packs are mounted on the roof. Range for the buses is reported to be about 350 km, but on a recent ‘efficiency run’ a standard bus travelled 550 km on a single charge.