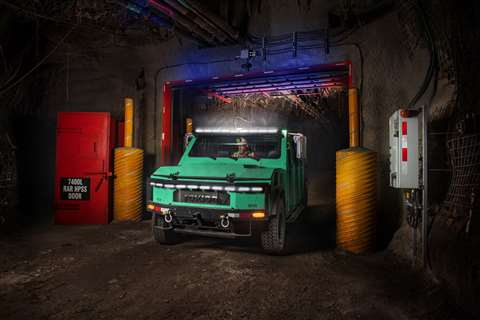 Significant growth has been predicted for battery electric vehicle sales in everything from automobiles to heavy-duty off-highway machinery – and that is good news for the mining industry. Mines around the world are and will become even more crucial as a source of minerals such as lithium, cobalt, nickel, graphite and manganese. Exactly where those minerals will be sourced has been the topic of much discussion, especially as global events make it challenging or impossible to do business with certain regions.

Recently, mining company Vale reported the signing of a long-term contract with Tesla Inc. to supply Class 1 nickel in the United States from its operations in Canada. Terms of the agreement were not disclosed, but Vale said it was in line with its strategy to increase exposure to the electric vehicle industry, leveraging its low-carbon footprint and position as North America’s largest producer of finished nickel. 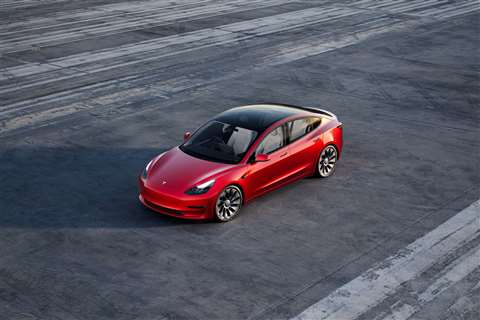 “We are pleased to have the leading electric vehicle manufacturer Tesla among our customers,” said Deshnee Naidoo, Vale’s executive vice president of Base Metals. “This agreement reflects a shared commitment to sustainability and shows very clearly we are the supplier-of-choice for low-carbon and high purity nickel products essential for long-range batteries.”

Lithium-ion batteries with nickel-rich cathodes require high purity nickel, typically in the form of nickel sulphate. Class 1 refers to its purity; it contains a minimum of 99.8% nickel.

Vale said its target is to deliver 30% to 40% of Class 1 nickel sales into the electric vehicle industry.

The company’s Canadian operations reportedly produce some of the lowest-carbon nickel in the world. Rounds from its Long Harbour refinery in Newfoundland and Labrador in 2020 had a verified carbon footprint of 4.4 tonnes CO2 equivalent per tonne of nickel, while pellets and powder from the Copper Cliff Nickel Refinery in Sudbury, Ontario, had a verified footprint of 7.3 tonnes equivalent. This includes emissions from mining, milling and refining.

In the first quarter of 2022, Tesla reported that it had produced more than 305,000 vehicles and delivered over 310,000 vehicles, despite ongoing supply chain challenges and factory shutdowns.

It’s unusual for a vehicle OEM and a mining company to publicly disclose contractual agreements, but these are unusual times. It’s not the first time, however. In the early years, automobile and equipment OEMs were very active when it came to ensuring a reliable supply of raw material ranging from iron ore to rubber to lumber. International Harvester, for example, started a town and a mine in Kentucky to keep the train cars heading to its steel mills loaded with coal. The mine there shipped its first load of coal in 1911.

The deal with Tesla is also not the first supply agreement Vale has made public. In March, the company said Vale Canada and Northvolt AB had entered multi-year agreement for its low-carbon nickel products.

“Northvolt was founded with the mission to build the world’s greenest battery to enable the transition to electrification,” said Maria Åstrand, Northvolt’s vice president of Active Materials, when the announcment was made. “We want to build batteries with a minimal CO2 footprint using clean energy and smart technology. This partnership is perfect for us to be able to reach that ambition. We are further excited by the prospect of closing the loop with the electrification of the nickel mining industry through our mutual partners that provides electric mining equipment.”

Vale said the agreement was the product of over two years of negotiation and expected it to be the “launchpad for further cooperation in various areas.” 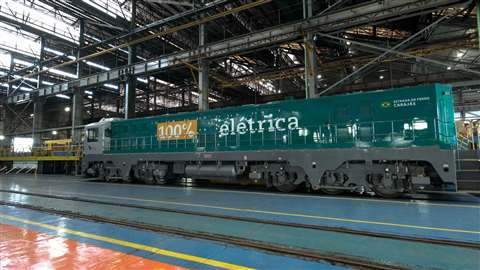 Vale has operations on five continents and is a major supplier of iron ore and nickel as well as a significant producer of copper, platinum group metals and cobalt. For its part, it is not only a supplier to the electric vehicle industry, but is also a customer as it has put battery-electric vehicles to work throughout its operations.

The company recently added a second battery electric locomotive to its Ponta da Madeira Terminal switchyard in Brazil. Manufactured in China by CRRC Zhuzhou Locomotive (CRRC ZELC), the locomotive’s lithium-ion batteries have a storage capacity of 1000 kWh and can operate up to 10 hours without stops for recharging.

The company’s first all-electric machine, manufactured by Caterpillar’s Progress Rail was received in July 2020 at Vitória-Minas Railroad in Brazil.

The batteries of that machine, an EMD Joule switcher locomotive, provide a 1.9 MWh storage capacity, which is expandable to 2.4 MWh, which means being able to operate up to 24 hours before a recharge is required.

The two electric locomotives are part of Powershift, a program created by Vale to help meet its challenge of zeroing its carbon emissions. The program has also carried out tests with electric equipment in underground mines in Canada – there are currently around 40 in operation.

The company has said its mine and railroad equipment account for 25% of its direct carbon emissions, what it called Scope 1. In 2019, Vale announced the goal of zeroing its Scope 1 and 2 net emissions (relating to electricity consumption) by 2050. To that end, it is reportedly investing between U.S. $4 billion and $6 billion.

The new locomotive was delivered to the terminal’s locomotive workshop, where it was to remain for 90 days for system verification and testing. The first test in the switchyard is scheduled for July.

Vale’s operational equipment electrification strategy also includes a partnership with fellow miners BHP and Rio Tinto. Last year, the three companies, together with another 17 mining companies, launched the “Charge On Challenge,” a global call for innovation aimed at entrepreneurs capable of developing solutions for electrifying large trucks used in mines. 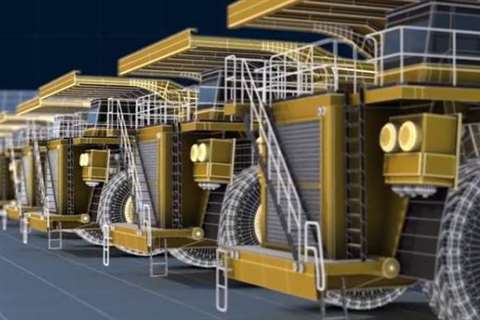