Mitsubishi Power will join a decarbonization project in the UK that will use hydrogen produced from natural gas and carbon capture technology.

The Humber Cluster project in the delta area of ​​the River Humber basin on the east coast of England is being developed by 12 companies and institutions, including Norway’s Equinor ASA.

Mitsubishi Power said it is “studying technology and feasibility” to convert the fuel of three of its gas turbines operating at the 1200 MW combined cycle power plant, which is a natural gas-fired power source in the region, to hydrogen. 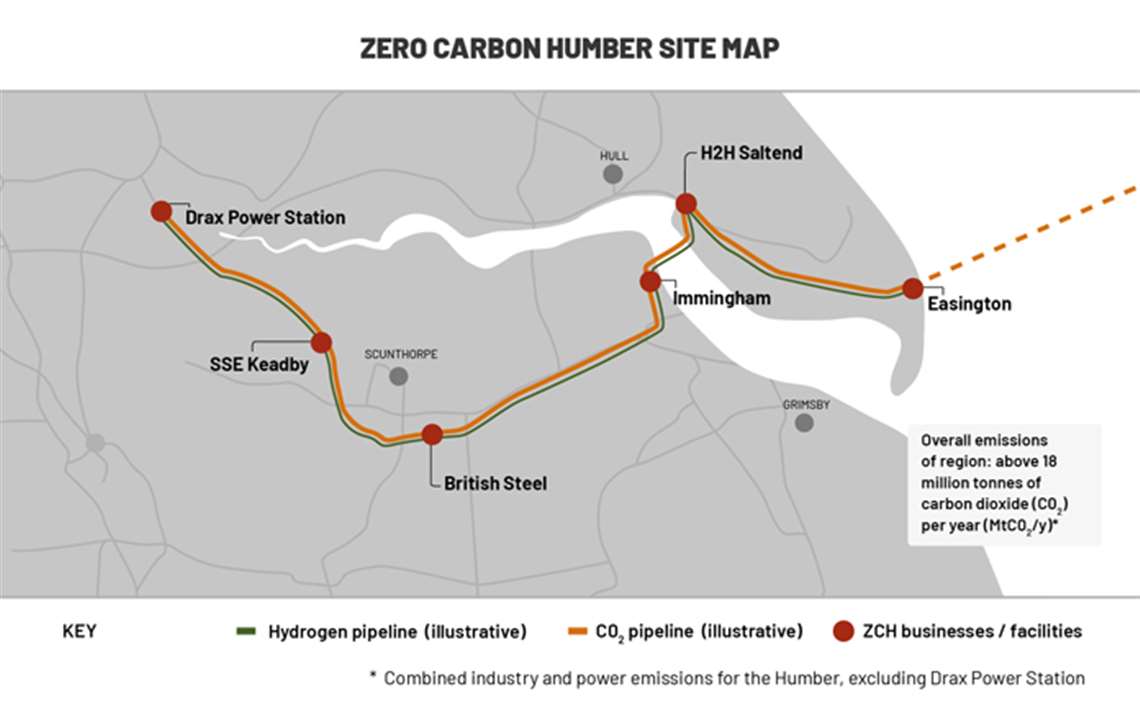 The Equinor-led Hydrogen to Humber Saltend is the anchor project and will establish what the companies call the world’s largest hydrogen production plant with carbon capture. The Saltend will be the starting point for a carbon dioxide and hydrogen pipeline network developed by National Grid Ventures, connecting energy-intensive industrial sites throughout the region.

All captured CO2 will be compressed at Centrica Storage’s Easington site and stored under the southern North Sea using offshore infrastructure shared with the Teesside industrial cluster.

Mitsubishi Power said that at the Triton Power plant, the goal is to start will start with hydrogen co-firing at 30% by volume, and in the future consider hydrogen-only combustion.

Mitsubishi Power said it will use this project participation as a momentum for energy transition (conversion to low environmental load energy), which is a strategic business of the Mitsubishi Heavy Industries Group, and will stimulate demand for hydrogen utilization by thermal power generation companies