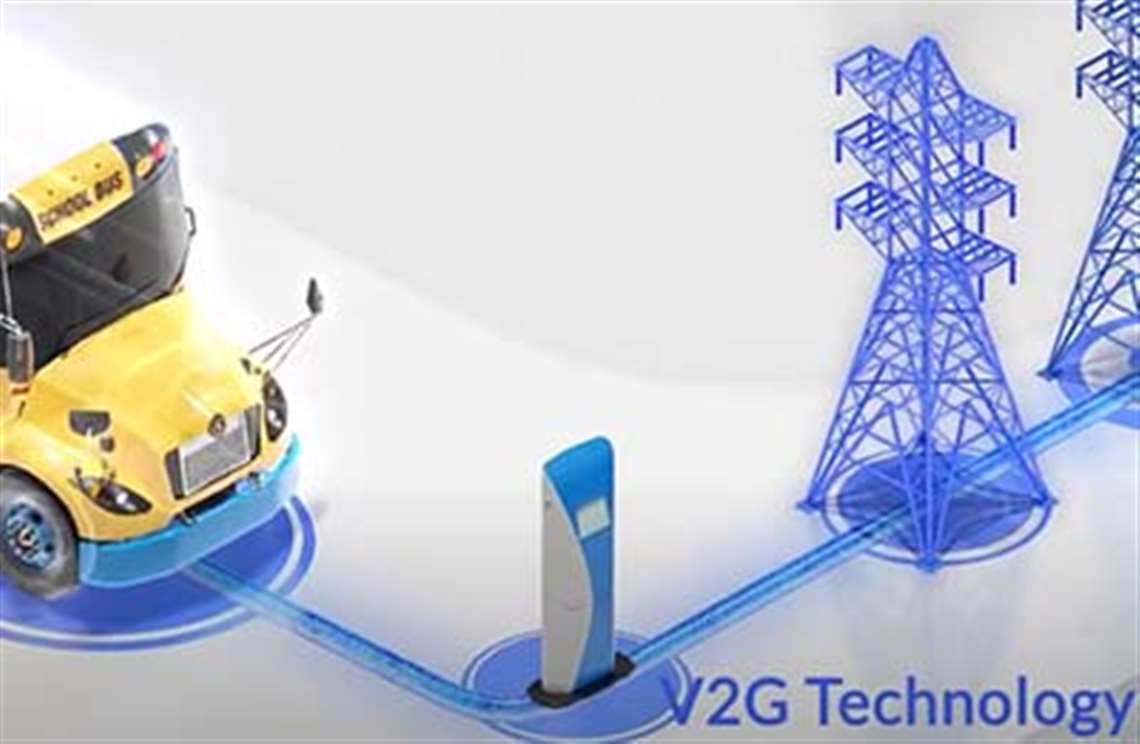 Canada’s Lion Electric Co., a manufacturer of purpose-built medium and heavy-duty urban vehicles, said that it has been successful in using its electric school buses to supply electricity back to Con Edison utility customers, as part of the company’s vehicle-to-grid (V2G) pilot deployment in White Plains, New York.

A new video highlighting the project can be seen here: https://youtu.be/wAiFLP43_rA

The project, which began in 2018 in partnership among Lion, Nuvve, White Plains School District and National Express, is a vehicle-to-grid pilot, where electricity flows from electric school buses back to the grid – marking, what Lion says is a significant milestone in advancing V2G technology in North America.

The fleet of five LionC buses are operated for the school district by National Express, which also pays for the energy costs during the school year. Con Edison, the New York State Energy Research and Development Authority and National Express collaboratively contributed to the purchase of the electric bus fleet, while Lion aided in the project design.

As a result of the deployment, Con Edison is now able to successfully transmit energy from the LionC school buses of the White Plains School District back into the grid, which energy can then be distributed to customers aided by Nuvve’s V2G technology.

The V2G charging and discharging takes place at a depot in North White Plains, where the buses remain plugged into a charger when not in use. The batteries are charged when demand for power is low, and the chargers are programmed to reverse the power flow into the grid at times when the buses are not in operation. By charging when demand, and thus the price for electricity, is low and discharging when demand is high, operators can save money on energy costs for their fleet.

Lion said in making the announcement, “the success of this initial V2G pilot deployment is significant as it serves as an example of how school buses – which are ideal for V2G integration due to their daily use patterns and overnight storage – can be used to sell power back to the grid when demand for energy is high, saving operators money and contributing to the condition of the grid. As such, all of Lion’s buses and heavy-duty vehicles come equipped standard with V2G technology onboard, providing new ROI opportunities for its customers to unlock and realize.”

Lion said these vehicles are purpose-built for electric propulsion from the ground up, and are manufactured at Lion’s North American facility, which has a current capacity to produce 2500 electric vehicles per year.