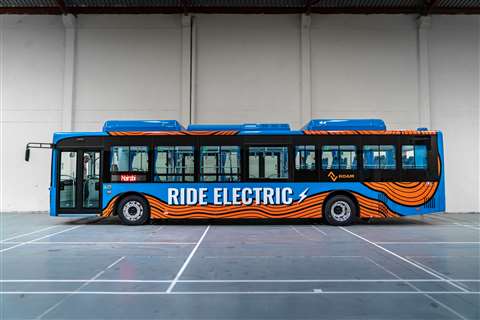 Roam said the new Rapid offers a solution for the growing number of cities implementing Bus Rapid Transit (BRT) systems across the African continent and is the first of its kind in Kenya. (Photo: Roam)

Opibus, technology company that spun out of a Swedish research project in 2017 and set up shop in Kenya – the fastest growing nation in sub-Saharan Africa - as a test market for the continent, has announced a broader focus highlighted by a new battery-electric bus and new name: Opibus has become Roam.

The company’s initial focus was the conversion of four-wheel-drive Toyota Land Cruiser 70 Series and Land Rover Defender 90/110 vehicles to battery electric for the safari, mining and utility markets. Those applications each had unique aspects that were significantly enhanced by electric vehicle usage, said the company, as mining doesn’t require as much ventilation underground and safaris get closer to the animals. The company has deployed 170 electric vehicle conversions and continued to develop other platforms, earlier deploying what it said was the first African designed and developed electric motorcycle as well as an electric bus. 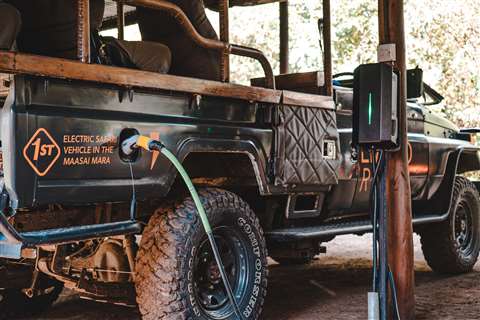 Opibus, now known as Roam, was founded to convert Toyota Land Cruisers and Land Rover Defenders to battery electric, a business that will continue as Muse. (Photo: Roam)

‍Today, Roam said it is on a pathway with a clear vision for electrifying the African transport and energy system through reliable, accessible and connected products. With the change in direction, it will focus on mass utilization products and enter new segments, while a new sub-brand will continue to build and sell four-wheel-drive conversions.

‍The new products represent the next generation of its prototypes and will be divided under the Roam brand with these segments: Roam Motorcycles, Roam Transit (buses), Roam Energy & Charging, and Muse (conversions for the mining, utility and safari segment).

To that end, Roam launched a new electric mass transit bus, the Roam Rapid, specifically designed to address the unique challenges of public transport in Nairobi and Africa as a whole. It offers a solution for the growing number of cities implementing Bus Rapid Transit (BRT) systems across the continent and is reportedly the first of its kind in Kenya.

With a capacity of 90 passengers the bus is equipped with a 384 kWh battery pack that allows for a range of 360 km. The company said it has the ability to fully charge in less than 2 hours through dc charging ports. Operators can either fully charge at night or take time for a brief midday charge to top up the battery.‍ 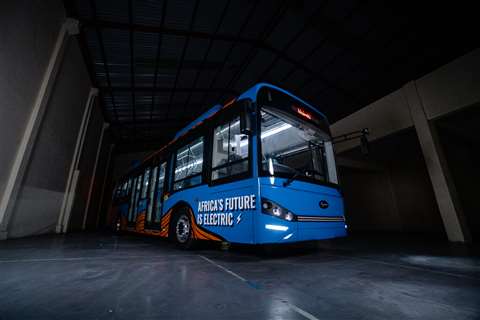 Roam, a partnership based in Sweden and Kenya, has introduced a new battery electric mass transit bus. (Photo: Roam)

Roam said its target with the bus was to design a robust vehicle with best in class carrying capacity, range and comfort to enable mass adoption of clean transport across the continent.

‍“The solution Roam brings to the Kenyan market enables us to move people safely, comfortably and timely in both a sustainable and affordable way,” said Dennis Wakaba, project coordinator, Roam. “The bus is designed not only to increase comforts and lower cost but more importantly focuses on the well-being of the population through reduced noise pollution and eliminating local emissions, improving air quality for the cities across Africa.”

Through local partners, the company said its buses will be assembled locally and partly manufactured in the region.

Roam Rapid is the company’s second bus, as earlier this year it introduced the Move, a 12 m low-floor bus designed for up to 51 seats. 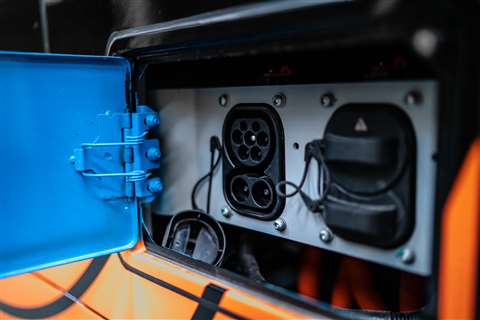 The Roam Rapid bus is equipped with a 384 kWh lithium-ion battery pack that can reportedly be fully charged in as little as 2 hours. (Photo: Roam)

‍Africa’s population is among the fastest-growing and youngest in the world with its urban cities growing at unprecedented rates. The number of people living in Africa’s cities is expected to expand by 600 million over the next two decades, making it the world’s most populous region. This growth has led to an energy demand for industrial production, infrastructure and mobility.

Unfortunately, said Roam, the current modes of transport contribute to one of the fastest-growing sources of carbon emissions in the world. Emissions from the transportation sector in Africa are growing at a rate of 7% annually. Moreover, poor fuel quality, aging vehicle fleet, and lack of mandatory roadworthy emission tests are key reasons for the increasing transport pollution and emissions.