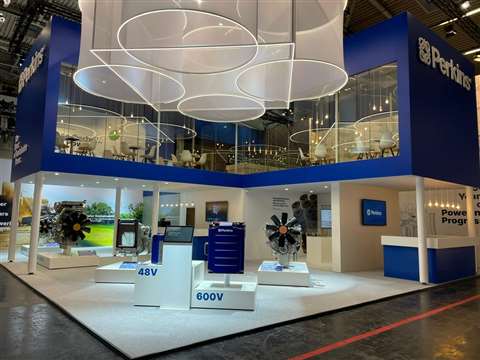 Sustainability is at the heart of new technology development at UK-based Perkins Engines. A subsidiary of Caterpillar since 1998, the company has a similar engine offering, but with additional technology to further improve performance across a series of key areas.

“It’s our 90th anniversary this year,” said Siobhan Scott, marketing manager. “Over that time, we have learned a lot about our customers and we think that what we have here today really demonstrates how closely we listen to them.”

The engine manufacturer already offers Stage 5 and Tier 4 Final-compliant engines – China 4 certification is expected in the coming months. While engine ranges have already been approved for use with hydrotreated vegetable oil (HVO) and B20 biodiesel, the company is continuing to push for still greater advances in sustainability.

“To help improve sustainability in the engines we’ve been looking at delivering more power from smaller packages,” explained Mark Borst, product marketing manager. “In turn, that supports burning less fuel for the same power levels. We’re continuing to use advanced catalyst coatings which support smaller aftertreatment units. Also, we’re looking at other fuel sources, such as dimethyl ether, which has a high cetane number comparable to diesel, ammonia and hydrogen.”

There is some trepidation in the wider industry that changes supporting improved sustainability could impact powertrain longevity, but Scott says that testing has supported the moves made so far.

“We look at the engine, but then we also look at the components individually, from a sustainability perspective. You know, this journey really started 20 years ago, when we introduced Ecoplus filters. It’s an element-only filter which prevents tonnes of waste each year. Also, we’ve introduced a DPF remanufacturing programme, together with turbos and fuel systems. So it’s not just about the fuel, but it’s about responsible management of available resources.” 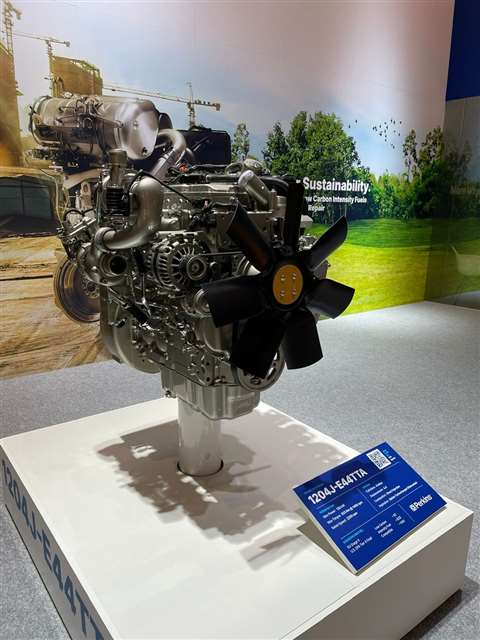 Perkins also offers engine overhaul kits and engine replacement options. Machine owners with an older engine that might need replacing can do that without having to purchase a complete machine. That helps to keep the machine operating, without the CO2 – or cost - related to production and purchase of a wholly new unit.

“The goal is to keep the machine running efficiently, not limping along. If you can keep a working machine in operation for 20 years, that’s an amazing proposition,” added Scott.

“At Bauma this year, we have for the first time a package that supports servicing and maintenance,” explained Scott. “You’ve got standard servicing, but what’s really helpful is understanding if the engine needs something more, or an earlier service. That’s why we’re introducing a new telematics system.”

According to Scott, the system will not simply produce a fault code, which can be difficult to translate, but will offer information and suggested action plans to help maintain the engine at peak performance. In essence, it’s a preventative maintenance package which can alert to a situation before the engine become inoperable.

Suitable for electronic engines and mechanical engines with an electronic control panel, the system displays related information on a dedicated user interface. Already certified in 150 markets, the new system is currently in extended trials in preparation for launch. It will likely be a cost option, but that cost should be offset by the ability to keep engines running reliably and efficiently for a longer period.

“I’m really excited about the products we’re bringing to market,” said Scott, “but I’m also excited that there has been such a focus on sustainability in development of these products, from the engines, through the new battery packs and even the telematics systems. I think it’s a benefit to working with Perkins, that we take a holistic approach to everything we do.”

The November/December 2022 issue of Diesel Progress International will have more interviews from Bauma 2022. 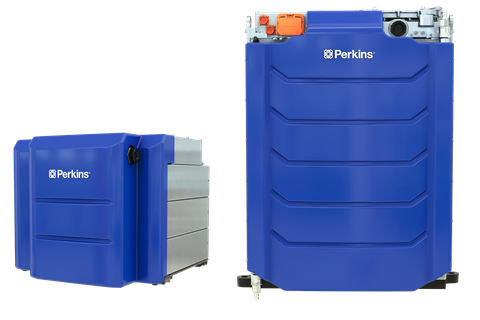