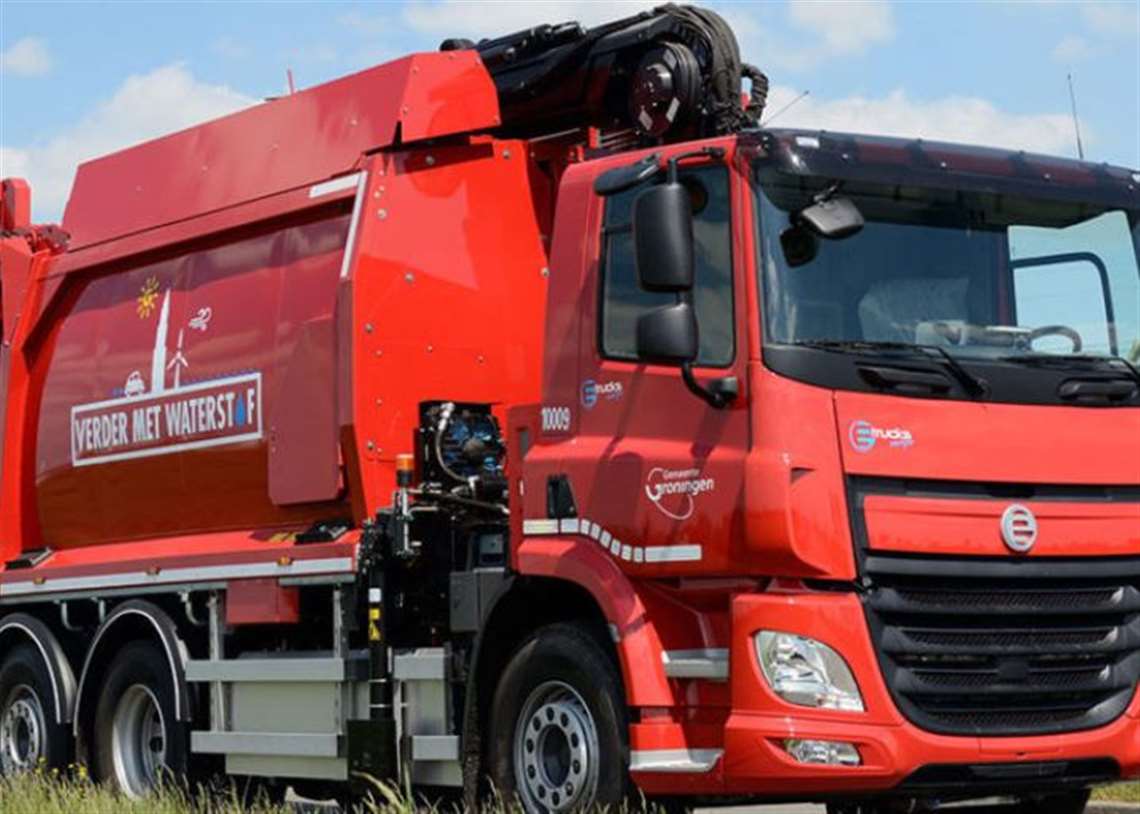 PowerCell Sweden AB said it will participate in an EU project that will develop and operate a refuse truck with fuel cells for Renova AB, a recycling and waste management company in western Sweden.  Renova’s end customer, the City of Gothenburg, wants to increase testing of fuel cell powered refuse trucks. The truck and its operation will be partly funded by the EU project REVIVE which has an objective to accelerate the development of hydrogen fueled refuse trucks in Europe.

PowerCell has previously participated in a joint project with Renova, Scania, truck body manufacturer JOAB and the Royal Institute of Technology, to develop a fuel cell electric refuse truck which uses a fuel cell to power an on-board electric motor and refuse compactor. That project was partly funded by the Swedish Energy Agency.

Both PowerCell and Renova have recently been approved as project partners in the EU project REVIVE (Refuse Vehicle Innovation and Validation in Europe), which will partly fund the fuel cell integration and operation of the new refuse truck. This project has received funding from the Fuel Cells and Hydrogen 2 Joint Undertaking (FCH JU) under grant agreement No.779589.  This Joint Undertaking receives support from the European Union’s Horizon 2020 research and innovation program, Hydrogen Europe and Hydrogen Europe Research.

“Over the years, the FCH JU has supported the development of fuel cell components for transport applications,” said Bart Biebuyck, FCH JU Executive Director. “We are glad to see these efforts coming to fruition and another European stack supplier joining the REVIVE project with its innovative products for heavy-duty applications.”

The project spans over four years and supports the introduction of fuel cell refuse trucks in several cities across Europe. The overall aim of the project is to speed up the introduction of zero emissions solutions for refuse trucks.  Refuse trucks operate on fixed routes and return to their starting point at the end of each shift, which can eliminate the requirement for an extensive network of hydrogen filling stations and makes the vehicles ideal for testing fuel cell technology.

REVIVE represents the second fuel cell powered refuse truck in the Renova vehicle fleet. “We are strong believers in electric refuse trucks using fuel cells and hydrogen which have obvious benefits when it comes to driving range and payload capacity, two decisive factors for extensive electrification to happen”, said Hans Zackrisson, Head of Development at Renova.

For the City of Gothenburg, the vehicle is meaningful, as well.  “Gothenburg wants to take the lead in the introduction of new and more sustainable technologies and the collaboration with Renova provides us with a great opportunity to test fuel cell and hydrogen based zero emission solutions under real circumstances”, said Peter Årnes, Strategist for the Gothenburg Department for Sustainable Waste and Water.

The fact that Sweden’s first two fuel cell powered refuse trucks are being tested in Gothenburg, where PowerCell has its headquarters, was positively greeted by Andreas Bodén, Director of Sales for the copmany.  “It’s obviously very pleasing that both the City of Gothenburg and a local company like Renova want to contribute to the introduction of more sustainable vehicles for waste handling”, said Dr. Boden.

PowerCell was founded in 2008 as an industrial spinout from the Volvo Group.