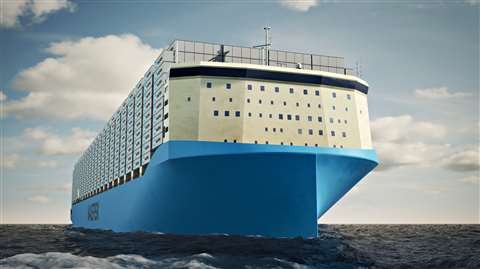 Proman and AP Moller - Maersk have entered into an agreement which will cover identification and supply of green methanol for Maersk’s new methanol-fuelled container vessels.

Proman will aim to supply Maersk with 100,000 – 150,000 tonnes of methanol per year from a new 200,000-tonne per year methanol production facility in North America. With a target start date of 2025, the installation will produce biomethanol from nonrecyclable forestry residues and municipal solid waste.

Proman chief executive, David Cassidy, said: “Maersk’s industry-leading commitment to green methanol is fully aligned with Proman’s belief that methanol should be a key part of the energy transition. Methanol-powered vessels are already in use today, with a proven track record of reducing and even eliminating major emissions like particulate matter and sulphur oxides.”

The two companies are expecting to further collaborate on developing global projects with the aim of delivering green methanol for Maersk vessels. Fuel will be supplied to the shipping company’s bunkering ports using best-practise guidelines.

As part of this, Proman is evaluating biomethanol and e-methanol projects in South America, Europe and the UK. The company will further look to develop ultra-low emissions natural gas methanol plants to serve wider demand for fuel.

“To transition towards decarbonisation, we need a significant and timely acceleration in the production of green fuels. Green methanol is the only market-ready and scalable available solution today for shipping. Production must be increase through collaboration across the ecosystem and around the world. That is why these partnerships mark an important milestone to get the transition to green energy underway,” said Henriette Hallberg Thygesen, CEO of Fleet & Strategic Brands, A.P. Moller – Maersk.

The shipping company has made a series of moves to support a switch to methanol as fuel, including commissioning what is described as the world’s first e-methanol fuelled container ship, built by Hyundai Mipo (due in 2023), and also joining the Methanol Institute.