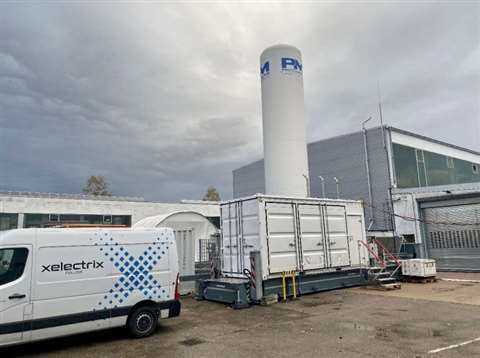 Proton Motor Fuel Cell and Xelectrix Power have unveiled a complete fuel cell and battery storage system which could take the place of diesel gen-sets.

The PM-H/LFP-240, or HyShelter 240, is a standalone island system that supports energy generation away from the public grid for use in commercial and industrial applications, especially where backup is required.

The three fuel cells have a maximum power output of 129 kW, while the storage system can deliver up to 240 kW of power at peak load, with zero CO2 emissions.

The system is housed in a 20 foot container, with an external cooler unit.