In its first appearance at IAA Transportation in Hannover, Germany, automotive and industrial supplier Schaeffler is highlighting its electric drive range, demonstrating a fuel cell-powered van, highlighting its fuel injection technology and more.

Schaeffler offers a range of solutions for electric drives for cargo bikes and electric beam axles for trucks up to 7.5 tons in weight, as well as systems and components for electrifying large trucks. As soon as next year, its first high-performance electric motors for commercial vehicles will go into series production. The company said it is also developing a new generation of oil-cooled electric motors with power conversion efficiencies of over 97%.

Schaeffler’s technology focus for commercial vehicle powertrains includes hydrogen, as well. While the company believes long-haul transportation sector will be the first adopter of fuel cell drives, vans will also benefit from this technology because they also regularly cover longer distances. As such, at IAA Transportation, Schaeffler is presenting a fuel cell-powered van. The vehicle’s electric axle and fuel cell stack as well as its energy management system were developed in-house. 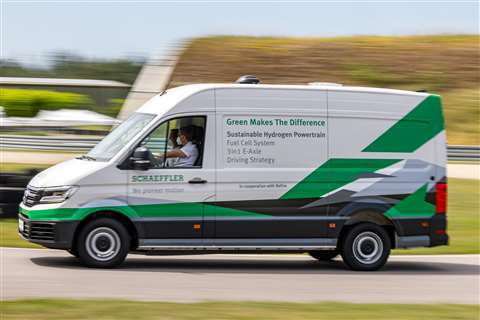 At the IAA Transportation show in Hanover, the company is presenting a demonstration vehicle built from the ground up on the basis of an electric van. The vehicle is driven by a Schaeffler 3in1 e-axle powered by a fuel cell system made using Schaeffler components. (Photo: Schaeffler/Daniel Karmann)

Schaeffler also offers technologies to improve the efficiency of fuel injection systems, including a variable valvetrain system designed for commercial vehicles that lowers fuel consumption and emissions. It is currently working on engine technologies for alternative fuels. This applies particularly to the direct combustion of hydrogen in specially converted internal combustion engines.

In addition, the product portfolio for commercial vehicles includes chassis solutions for applications such as automated driving. For example, the joint venture Schaeffler Paravan Technologies is developing Space Drive, a steer-by-wire system without any mechanical connection between the vehicle’s steering wheel and steering gear. Schaeffler is systematically developing this technology for use in large-series production vehicles with the aim of enabling both automation and remote control of trucks, buses and freight transport and logistics vehicles. 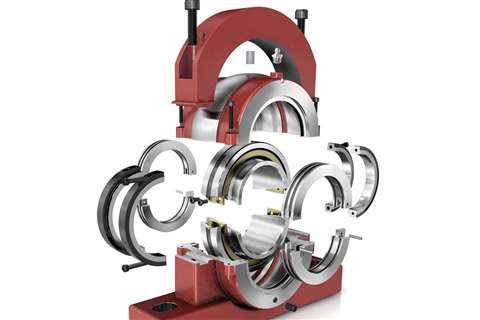 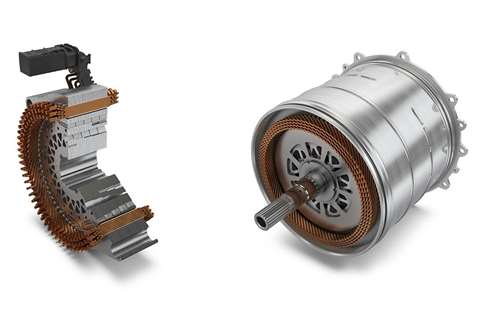