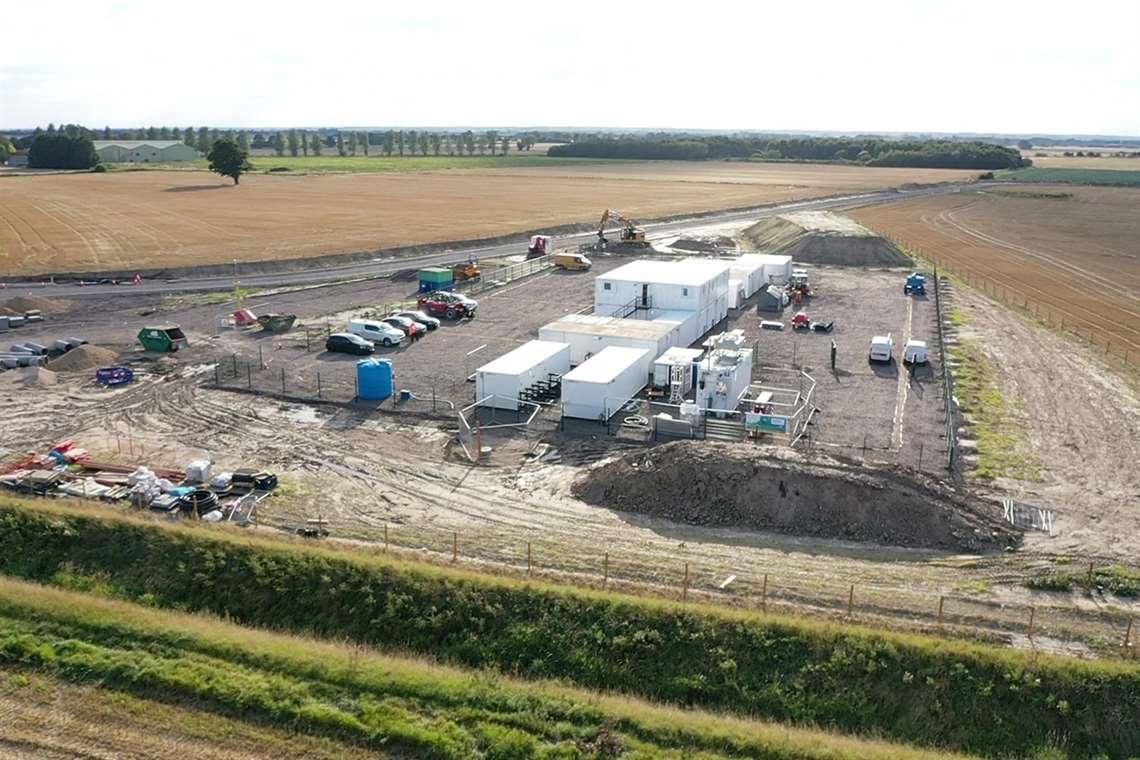 Siemens Energy, lead contractor for the construction of National Grid’s Viking Link interconnector project in Lincolnshire, England has installed a zero-emission hydrogen fuel cell to provide off grid power to the project’s construction site for the first time, the company said.

It added that off grid power is needed as the site, pictured, won’t have a grid connection for at least six to eight months, and the fuel cell system will provide enough heat and power for the construction village during that time, removing the need for diesel generators.

The hydrogen fuelled critical power system was installed in August and will provide 250kVA of standard three phase, 400V electrical power and up to 80kW of heating to around 20 cabins across the construction village. The cabins, which contain welfare areas, offices and meeting space, will be used by Siemens Energy employees and contractors, as work to build the access road continues, and as main works start on the converter station later this year.

The fuel cell system, piloted by Siemens at the Goodwood Festival of Speed, England in 2019, has been further developed by Siemens Energy’s partner, GeoPura and now uses the waste heat, which is normally lost from the fuel cell’s cooling system. This waste heat is passed through a heat exchanger to heat water, which is then piped through to heat two drying rooms for the site workers’ personal protective equipment (PPE).

The fuel cell system incorporates 216kWh of battery storage, used to smooth the peaks in power demand and improve the efficiency of the system.  The battery storage also means that should the hydrogen supply be interrupted the output of the system will be unaffected and can supply power autonomously for several hours.

In addition to powering the cabins and drying room, power will also be provided to six electric vehicle charging points on site.

By using green hydrogen, a tonne of CO2 will be saved each week, which is the equivalent of taking 20 cars off the road.

The fuel cell system is based on a single 20ft shipping container which houses all the equipment needed to convert the hydrogen into electricity and heat. Around 300 metres of reusable piping has been installed at the site to distribute hot water from the fuel cell to the cabins and drying rooms.

The development of the fuel cell was undertaken at Siemens Energy’s site in Newcastle, England by GeoPura. The work, which took a year, means the new Mark 1 system is more compact and efficient and can supply hot water as well as electricity. It uses Siemens Energy monitoring and control for critical power applications and is now able to be manufactured in Newcastle in greater quantity.