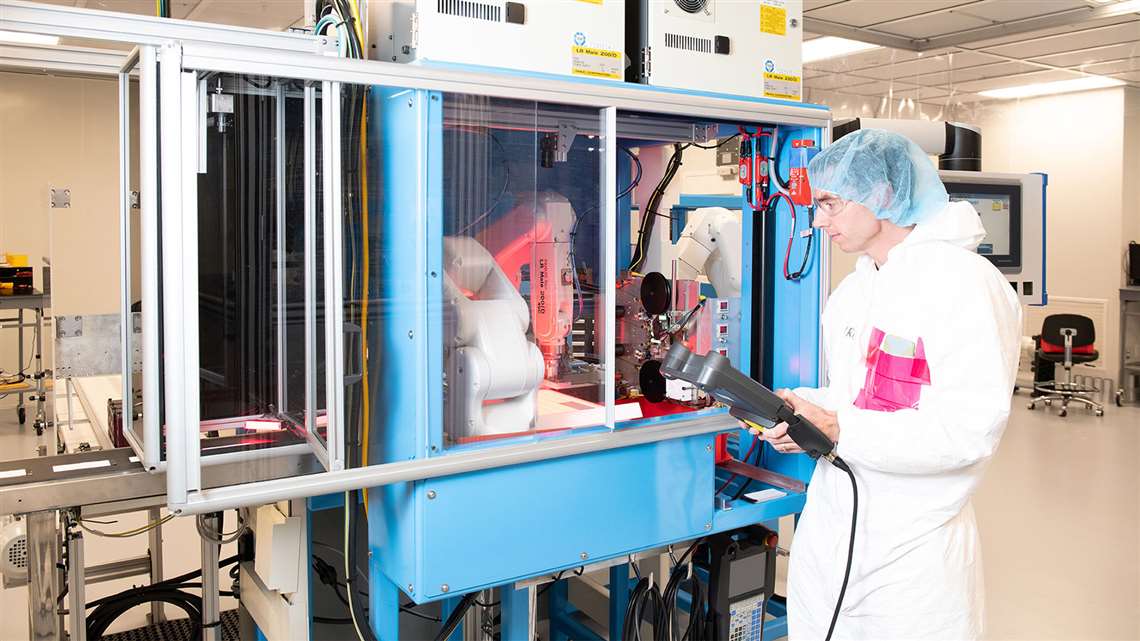 Solid Power, a supplier of energy-dense, all-solid-state batteries (ASSB), announced its pilot production line is fully operational and producing its first fully automated ASSBs. The company said it will use its current facility to achieve its first stage of production scale and initiate qualification trials with its automotive partners.

The company was founded in 2012 as a spin-out business from the University of Colorado Boulder and is located in the Colorado Technology Center in Louisville, Colo. It is a developer of ASSBs which it said has the potential for substantially greater energy and safety in comparison to current industry-standard lithium-ion batteries. The company’s design replaces the liquid electrolyte used in a lithium-ion battery with a solid ion-conducting material.

Solid Power will use its current facility to achieve its first stage of production scale and initiate qualification trials with its automotive partners.

It is working closely with Ford, BMW and others, toward meeting industry performance, scale and cost goals. An extensive partnership with BMW was announced in 2017 with the addition of a Ford partnership in 2019. The company’s first equity-based investment round ($26 million) was announced in late 2018. It is working to achieve MWh-scale production for its all-solid-state battery technology.

In addition to vehicle electrification, the company said its pilot line will support first product sales in beachhead markets like aerospace, defense, industrial and medical applications.