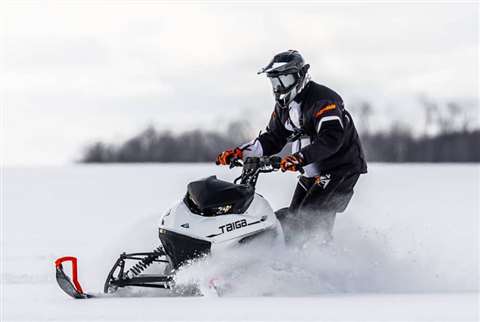 With the development of the new facility, Taiga plans to accelerate production of its off-road vehicle platforms and powertrains while simultaneously optimizing and automating battery production. The company uses a clean-sheet engineering approach with its power units and vehicle platforms. The company said the facility will employ a vertically integrated and modular approach, leveraging proprietary software and hardware technology platform commonalities across vehicle builds for increased economies of scale and reduced development times for new vehicles.

The production facility is expected to become operational in the second half of 2022 with manufacture of Taiga personal watercrafts and snowmobiles, alongside built-in flexibility for new off-road vehicles as they are brought to market. In parallel with vehicle production as high as 80,000 units a year, the Shawinigan facility will be capable of an annual production of 3 gigawatt hours in battery modules and packs.

“This factory will allow Taiga to become the first Canadian EV manufacturer to integrate both automated powertrain assemblies and electric vehicle platforms under one roof for greatly increased efficiency. Thanks to the financing provided by the federal, provincial and municipal governments, we will be able to rapidly increase manufacturing capacity while continuing to drive innovation so that Quebec and Canada can remain leaders disrupting the global powersports market towards a more positive future of outdoor exploration without compromise,” said Samuel Bruneau, CEO and co-founder, Taiga.

Reportedly, Shawinigan is becoming an electrification hub and supports a robust supply chain network across Quebec. The projected is expected to create 370 jobs and to develop a local supply chain of materials and components.