Truck To Get Solar Cells In Scania Research Project 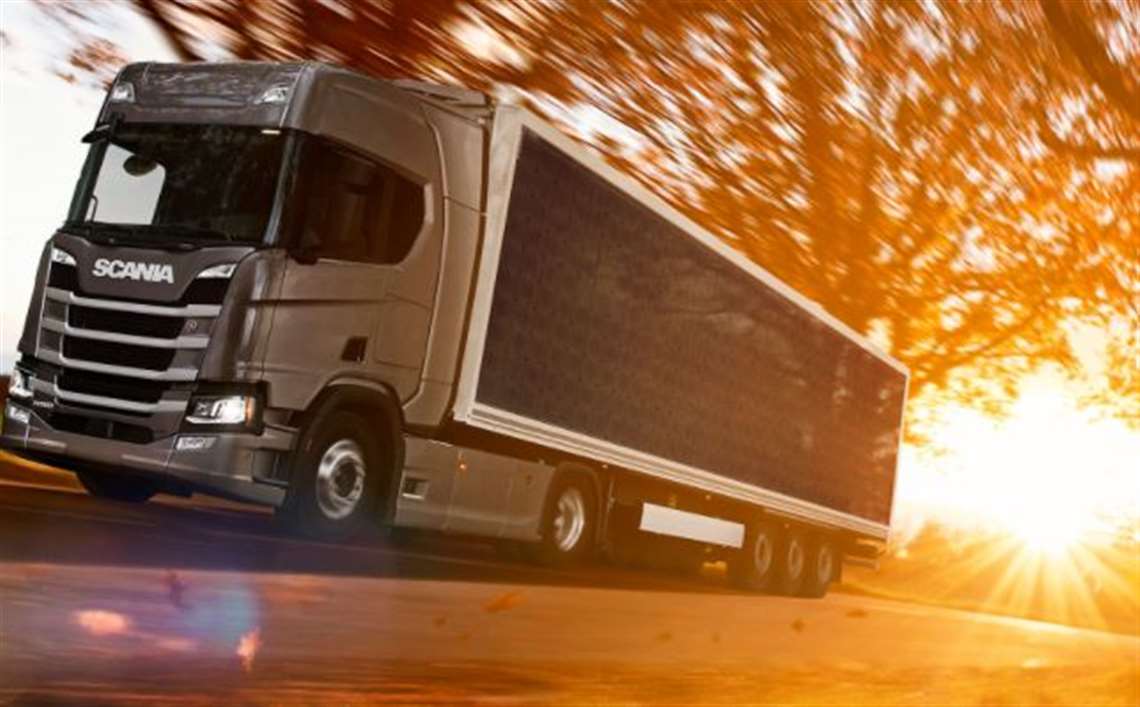 In a research partnership, Scania said it will develop a solar cell clad trailer to power a plug-in hybrid truck. Initial tests indicate possible fuel savings of 5 to 10%  in Sweden and twice that amount in sun-rich southern Spain.

“Solar cells have previously been employed on boats and caravans but then only to power auxiliaries such as refrigerators and cookers and not the actual powertrain,” said Eric Falkgrim, technology leader in Vehicle Design at Scania R&D, Södertälje, Sweden.

The truck will be operated in daily transport assignments by the Swedish hauler Ernst Express, which also collaborated with Scania in trials of the world’s first electric road with overhead catenary lines. Ernst Express will operate an 18 m long solar cell clad trailer with a total area along the sides and roof of 140 sq. m. In total, the solar panels are expected in Sweden to annually generate 14,000 kWh.

The research project will also examine whether the trailer can feed electricity into the grid when the batteries are fully charged and the truck is parked, for example, over weekends.

In a pre-study, operations in mid-Sweden were simulated reaching a potential fuel saving of up to 10%. In Sweden, there is enough sunlight from spring to autumn to generate energy and although the sun is weak except during summer, there are more hours of sunlight. During the rest of the year, there is insufficient sun in Sweden. By contrast, southern Spain has 80% more hours of sunlight.

The project is publicly funded the Swedish government’s innovation agency Vinnova and aside from Scania and Ernst Express also engages Midsummer that manufactures the solar panels, Uppsala University, which conducts advanced research on more efficient solar cells, and the Dalakraft energy company.