Solid Power, a Colorado-based producer of all solid-state batteries for electric vehicles, has announced a $130 million Series B investment round led by the BMW Group, Ford Motor Co. and Volta Energy Technologies. Ford and the BMW Group have also expanded existing joint development agreements with Solid Power to secure all solid-state batteries for future electric vehicles.

“Ford, BMW and Volta are making a critical investment in Solid Power with the goal of utilizing our all solid-state batteries in future passenger EVs,” said Doug Campbell, CEO and co-founder of Solid Power. “Our longstanding partnership with Volta has enabled Solid Power to build and operate a world-class all solid-state battery manufacturing line that today produces batteries designed to power longer range, lower cost and safer electric vehicles. With our partners’ continued commitment to Solid Power, we have formalized our path to electric vehicle integration.”

In 2018, with the financial backing of Volta strategic investors Albemarle, a supplier of lithium, and Hanon Systems, a global automotive supplier, Volta joined Solid Power’s Series A-1 investment round, investing alongside Ford, Samsung, A123, Solvay and others.

“Volta invested early in Solid Power when our team of energy and commercialization experts found they had not only promising technology, but also a fundamental focus on manufacturability,” said Volta founder and CEO Dr. Jeff Chamberlain. “After all, a breakthrough battery will not find a place in the market unless it can be produced at scale with acceptable costs.”

Spun out of the U.S. Department of Energy’s Argonne National Laboratory in 2017, Volta’s team assesses the field of battery and energy storage innovations and invests in those breakthroughs with the greatest promise for commercial application.

“During my 28 years in the private sector and at national labs, I have seen firsthand how challenging it is for a single entity to invent, develop, and commercialize a new technology — or for any single investor to identify the right opportunity and enable a startup to take its innovation to market,” Chamberlain said. 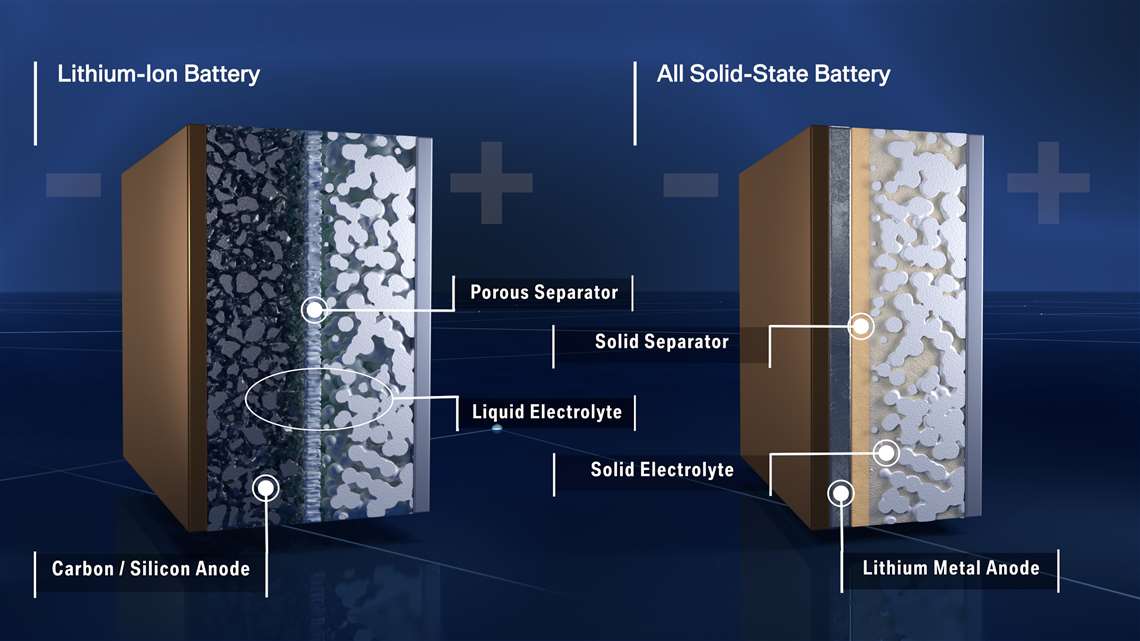 “Being a leader in advanced battery technology is of the utmost importance for BMW,” said BMW board member Frank Weber. “The development of all solid-state batteries is one of the most promising and important steps towards more efficient, sustainable, and safer electric vehicles. We now have taken our next step on this path with Solid Power. Together we have developed a 20 Ah all-solid-state cell that is absolutely outstanding in this field. Over the past 10 years BMW has continuously increased the battery cell competence–important partners like Solid Power share our vision of a zero-emission mobility.”

“The fact that Solid Power is already producing multi-layer all solid-state batteries using industry-standard automated commercial manufacturing equipment is why Volta is excited to ramp up its earlier investment,” said Chamberlain. “Solid Power has demonstrated that they have what it takes to get real batteries into commercial EVs.”

For its part, automaker and battery supplier BMW Group said it is looking far into the future. By the end of the decade, the energy density of battery cells is expected to increase by at least a mid-double-digit percentage range – from an already high level today.

The company said the battery cell of the future will be powerful, safe, cost-effective, and recyclable - from material selection to recyclability after the use in the vehicle. For the end of the decade the BMW Group has announced an automotive-compatible all solid-state battery for series production. A first demonstrator vehicle featuring this technology will be on the road well before 2025.

The company said its investment in Solid Power demonstrates the BMW Group´s capability to identify the leading tech start-ups and to join forces on the way to achieve pathbreaking next generation technology. It said its various BMW Technology scouting offices around the world, startup accelerators, the BMW Startup Garage and BMW i Ventures, are always on the lookout for leading edge or disruptive tech in an increasingly competitive ecosystem.