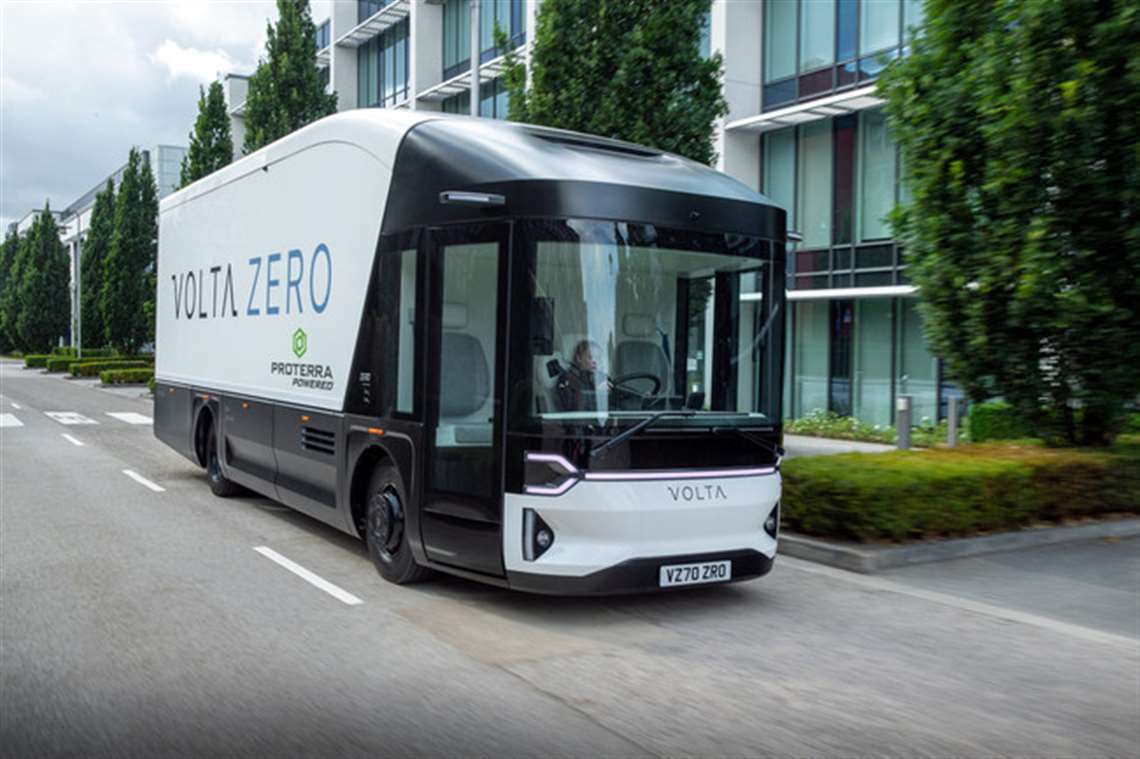 Volta said this contract completes its sourcing of the electric powertrain. Volta Zero vehicles are scheduled to start customer trials later in 2021, with tens of thousands of trucks expected on the roads soon after series production starts around 12 months later, according to the company.

The Proterra-supplied battery will give the Volta Zero a real-world range of 200kms on a single charge. This distance is more than enough for most inner-city logistics and distribution vehicles which spend most of their operating time in slow-moving start / stop traffic, said Volta.

The Proterra battery pack has a customizable design which allows the battery in the Volta Zero to be located between the chassis rails – its safest possible location for the design.

The collaboration represents US-based Proterra’s entry into the European truck market. Proterra’s battery technology has been proven over 17 million miles driven by its own transit vehicles and has also been chosen by other commercial vehicle manufacturers to electrify delivery vans, school buses, coaches, low-floor shuttles, and construction equipment, the companies said.

Proterra batteries feature passive and active safety features, liquid thermal conditioning, and adheres to functional safety standards, including ISO 26262 (up to ASIL C). The Proterra battery is designed to deliver over 4,000 recharge cycles over 10 years, without significant degradation, to ensure the longevity of the vehicle.