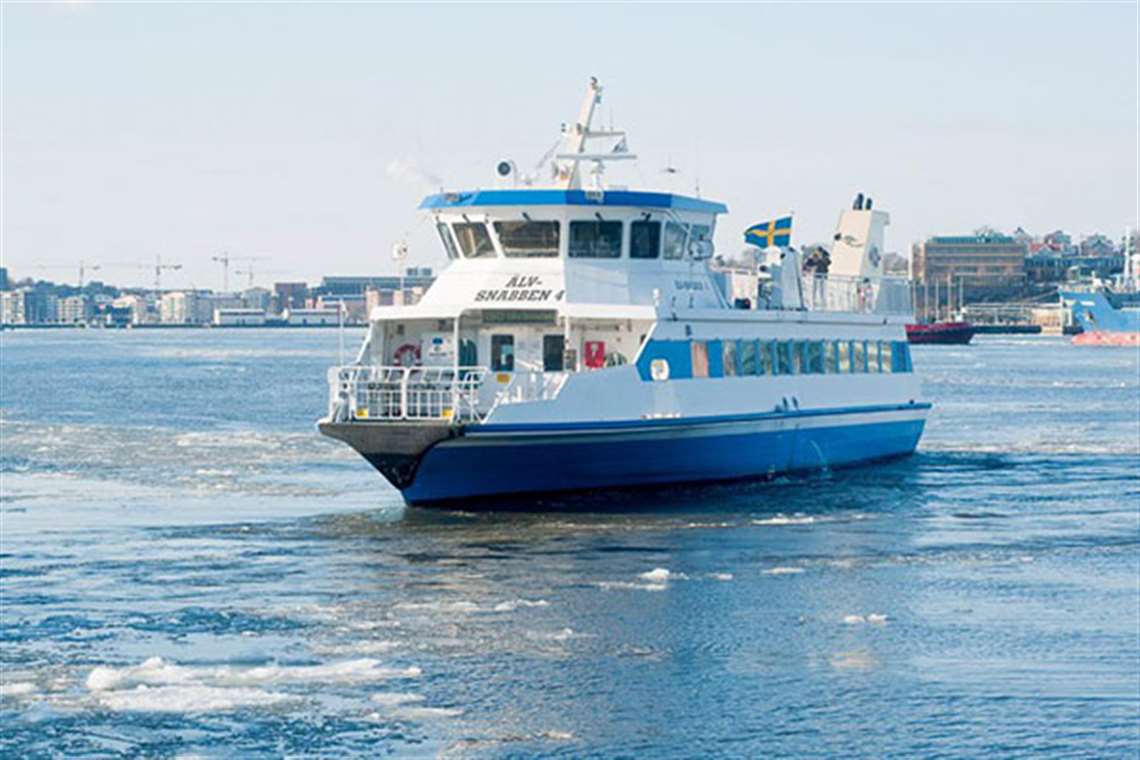 In the next phase of Gothenburg, Sweden’s drive to provide its residents with a low emission commuter network, the city will introduce a new electric ferry service as part of its ElectriCity project.

The propulsion system will be provided by Volvo Penta, will join the ElectriCity initiative following the success of Volvo Buses, which has supplied electric buses for routes in Gothenburg.

The ElectriCity partnership is a collaboration between industry, academia and local government. It involves developing, testing, demonstrating and evaluating solutions that will contribute to the establishment of new, sustainable, attractive transportation systems and open new opportunities for future travel, transportation of goods and urban planning. Using electric power in public transport systems helps to resolve problems such as noise and poor air quality, as well as lowering energy use and the impact of transport on the climate.

The new electric-powered ferry will link both sides of the Göta River. Gothenburg’s waterways already include ferries powered by electricity, in the form of diesel-electric engines which reportedly operate on short routes across the river. Volvo Penta said the vessel it will power will be the first fully-electric ferry in the city able to complete longer, multi-stop routes along the river.

The ferry – Älvsnabben 4 – will be converted to all-electric drive by Volvo Penta in collaboration with Västtrafik’s operator, Styrsöbolaget, part of Transdev. The work involves removing the diesel engine-powered marine drivelines and replacing them with a battery-electric propulsion system of equal power to the outgoing diesel powerplant, but one that boasts considerably more maximum torque. Initially, the ferry will be charged overnight, supported by an onboard gen-set that runs on HVO (hydrotreated vegetable oil).

“We fully support ElectriCity’s ambition to bring Gothenburg to life by connecting people across the city in a sustainable way,” said Björn Ingemanson, president of Volvo Penta, which is based in Gothenburg. “Volvo Penta has an advantage when it comes to electromobility. As part of the Volvo Group, we have access to the technology and expertise from many years of development with electric buses in the city of Gothenburg, where aspects like safety and efficiency have been at the forefront. Now, we aim to adapt this leading technology for use in a marine environment, bringing the benefits of proven technology into a new context.”

The plan is for the refit to get underway early next year, with the target of the ferry entering commercial service on the Göta river by the end of 2020.