Winnebago’s Specialty Vehicle Div. team leverages the motorhome platform to design and build vehicles for use as bookmobiles and surgical instrument labs. 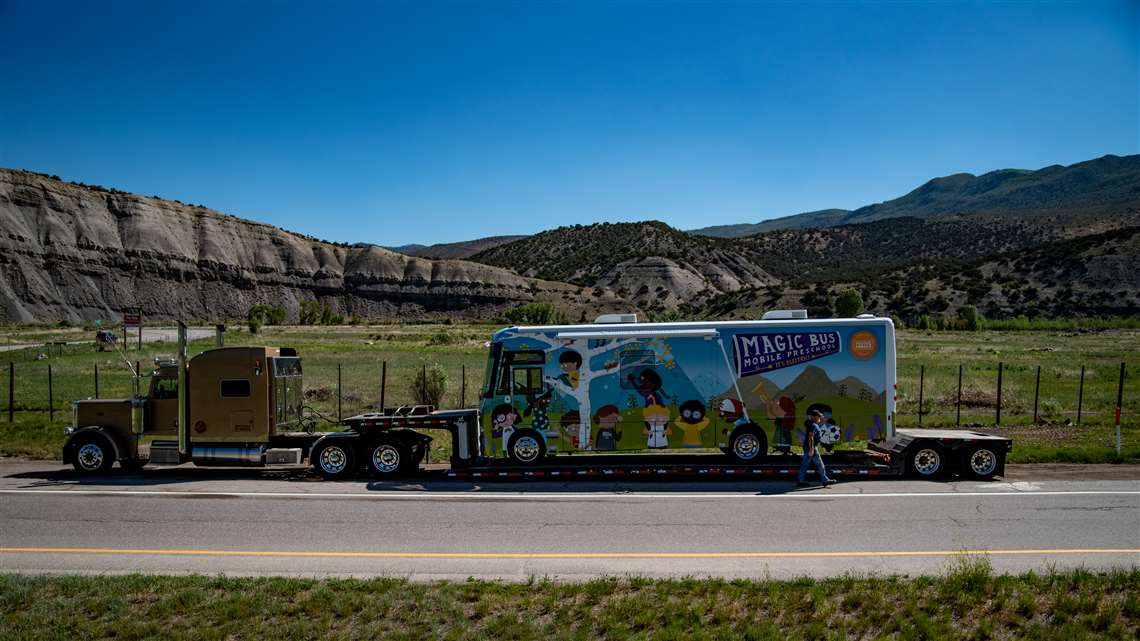 Winnebago Industries has been an important component of family road trips and outdoor recreation memories for decades through brands such as Chris-Craft boats, Newmar luxury motorhomes and, of course, Winnebago recreational vehicles. There’s another part of Winnebago, however, that builds products more likely to be found parked downtown during the day rather than a campground at night.

Through the company’s Specialty Vehicle Div., a dedicated team leverages Winnebago’s motorhome platform and purchasing power to design and build vehicles for use as things like bookmobiles and surgical instrument labs. The division offers a range of commercial vehicle platforms, which creates a clean slate for upfitters to create vehicles that meet the specific needs of their customers.

“The commercial shell looks like an RV on the outside, but it’s designed to handle the more robust needs of commercial use,” said Robert Kim, Specialty Vehicle Div. director, Winnebago Industries, Forest City, Iowa. “It has different wall structures and flooring. The walls are designed more like a building with vertical tubing on 16 in. centers so an upfitter knows there is enough structure behind the wall for mounting cabinets, for example. When we need accessories like a generator or air conditioner, they are heavy-duty for commercial use.”

On the Magic Bus

“Our end customers are very different from a typical RV customer,” said Kim. “We’re often amazed as new applications come forward, such as an electric vehicle used as a mobile preschool in Colorado. That’s a really cool application that brings preschool services to populations that have difficulty getting to preschools.”

The mobile preschool utilizes Motiv’s all-electric EPIC F-53 chassis on which six lithium-ion batteries deliver up to 100 miles on a charge. Summit Bodyworks of Fort Lupton, Colo., did the upfit, customizing a commercial shell to operate as a classroom that is complete with play and kitchen areas, building blocks and dinosaurs. It’s also got a restroom. YouthPower365 worked with Eagle County Public Health to develop new protocols in the wake of COVID-19.

The battery-powered vehicle is the second Magic Bus mobile preschool the group acquired. In 2018 it purchased a gasoline-engined commercial shell from Winnebago Specialty Vehicles and upfitted by Summit Bodyworks.

In another recent commercial shell application, six Winnebago vehicles built out by Medical Coaches of Oneonta, N.Y., were delivered to Colorado to be used as mobile opioid clinics in 25 rural counties. The units were constructed on the 33 ft. Class A commercial diesel platform and use lithium-ion batteries from Volta Power Systems in place of traditional gasoline-fueled generators. The mobile clinics have a small waiting area, counselor room, patient exam room and are staffed to serve up to 300 people a week.

“In that application, they’ve got the diesel platform to get around the mountains in Colorado,” said Kim. “When they’re parked, they’re running completely off of an electric system. It’s a significant size battery pack that was set up to meet their specific energy needs. It’s recharged while driving or from a shore power plug. Typically, when they return at the end of the day, they’ll plug it in, and the battery system will recharge overnight.”

The path to market for the Specialty Vehicle Div. involves building awareness through industry groups and community leaders. Upfitters do the work, too, and often specialize in a specific application. They’ll stay in touch with those groups through trade shows and association participation – a conference for mobile dentistry started last year and there is a group for mobile healthcare providers, for example.

“After COVID-19 hit, we saw a lot of existing mobile medical units being repurposed to support some of the pandemic-related work, including mobile testing stations,” said Kim. “Now there is a growing interest in mobile vaccination. As vaccines become available, how else do you get the vaccines to so many people quickly, and especially to those that are part of historically underserved populations?”

To that end, the Specialty Vehicle Div. recently announced a partnership with Polser USA to use its permanent antimicrobial coating on the interior walls of its Class A vehicles. The product mechanically kills microorganisms such as bacteria and viruses.

When the Winnebago Specialty Vehicle Div. launched its Class A battery-electric commercial vehicle platform in 2018, the company also announced that it was investing in Motiv Power Systems through a strategic partnership.

“We like the specialty vehicle space because we can have a tremendous impact on the customer base,” said Matt O’Leary, Motiv Chairman and CEO. “From a business standpoint, it’s good publicity. But more importantly it’s giving back to the community in a meaningful way. We also look at it as a way to attract younger people to a career in automotive and electric vehicles, to make people aware of STEM curriculum and what kind of career that path can provide. On projects like the Magic Bus, where one is an EV and the other isn’t, kids also get a chance to compare the different technologies.”

If there are any budding gearheads among the students of a mobile classroom, they may also be impressed that the big vehicle uses lithium-ion batteries from BMW. It’s something fleet owners also appreciate, said O’Leary.

“The BMW batteries are really important to our commercial customers. BMW has a lot of volume from its automobile business and that allows us to ride the cost curve down and the power curve up as volumes increase. The fleets like having a company such as BMW support the batteries in the same way they like having Ford back the chassis. Commercial customers like to have somebody they’re familiar with stand behind the product.”

Adapting To The Market

Ten years ago, Motiv’s work consisted of consulting contracts. By 2013 the company released a production all-electric school bus with a partner. Then it became the first all-electric chassis OEM to secure Ford’s eQVM status in 2017, and the company released its turn-key EPIC chassis the following year. Since then, fleet numbers have increased rapidly. In early November, Bimbo Bakeries USA completed a 12-month pilot of five electric trucks on an EPIC F-59 chassis. Having experienced 100% uptime during the tests, the bakery now has 23 more trucks in production and another 100 planned for 2021.

“The volumes are really picking up for us, and a lot of that is based on our availability,” said O’Leary. “Commercial customers are very discerning. They need to have technology they can depend on because this is their bread and butter. They work on razor thin margins.

“With more than 100 vehicles on the road, we’re averaging 99% across all of the fleets. We know we’re picking up new customers because some competitors have had issues. They’re usually on their first or second generation of technology while we’re on our fifth generation. The maturity is there, and it shows in our reliability numbers. OEMs are coming to us now.”

Software Platform Gets A Name

Motiv’s EPIC chassis utilize proprietary AdaptEV software platform, technology that was developed when the company started and has evolved since then. The software runs the vehicle so clients can focus on their customers. And, O’Leary said, it has helped open the door to even more collaborations with customers.

“For an OEM with the resources to do the motor and battery installation, we can provide our AdaptEV software and our patented power electronics to help them with the integration to whatever extent they need. Or we can go all the way to the other end and provide a fully integrated electrified chassis. For an OEM trying to get into the EV market, we provide a really low NRE (non-recurring engineering) solution.”

Written by Chad Elmore, this article originally appeared in the December 2020 issue of Diesel Progress.