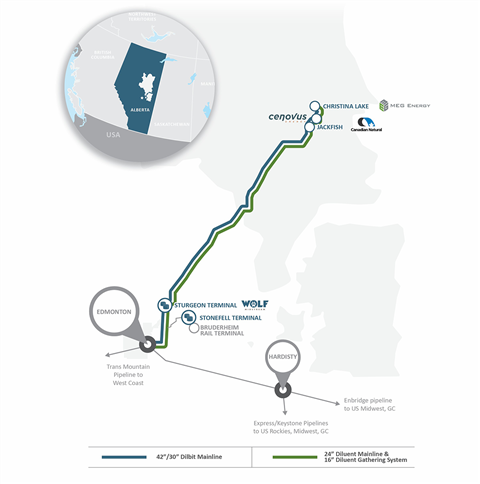 Wolf Carbon Solutions and ADM have signed a letter of intent covering construction of a CO2 pipeline which will support the capture, compression and transportation of the gas produced at ADM’s Clinton and Cedar Rapids plants, both in Iowa.

The pipeline, which will be developed, owned and operated by Wolf, will support ADM’s ethanol and cogeneration facilities. The 350-mile steel trunk line will have a maximum capacity of 12 million tonnes of CO2 per year.

The pipeline will deliver the CO2 to the ADM sequestration site in Decatur, Illinois, for permanent storage in an underground facility. It is reported that the pipeline will have capacity to support other companies in the Midwest and Ohio River Valley regions looking to decarbonise their operations.

ADM operates in the human and animal nutrition markets, specialising in agricultural origination. The company’s carbon capture facility in Decatur supports the permanent storage of approximately 3.5 million metric tonnes of CO2 in holding areas a mile and a half underground.

Wolf Carbon Solutions already operates a similar pipeline in Canada, known as the Alberta Carbon Trunk Line system. Since starting operations in 2020, the pipeline has delivered more than two million tonnes of CO2 for permanent storage.