BMW Group keeps eye on the future of electric vehicles

The car maker and battery supplier has announced investments in start-ups as well as lithium sources for cells. 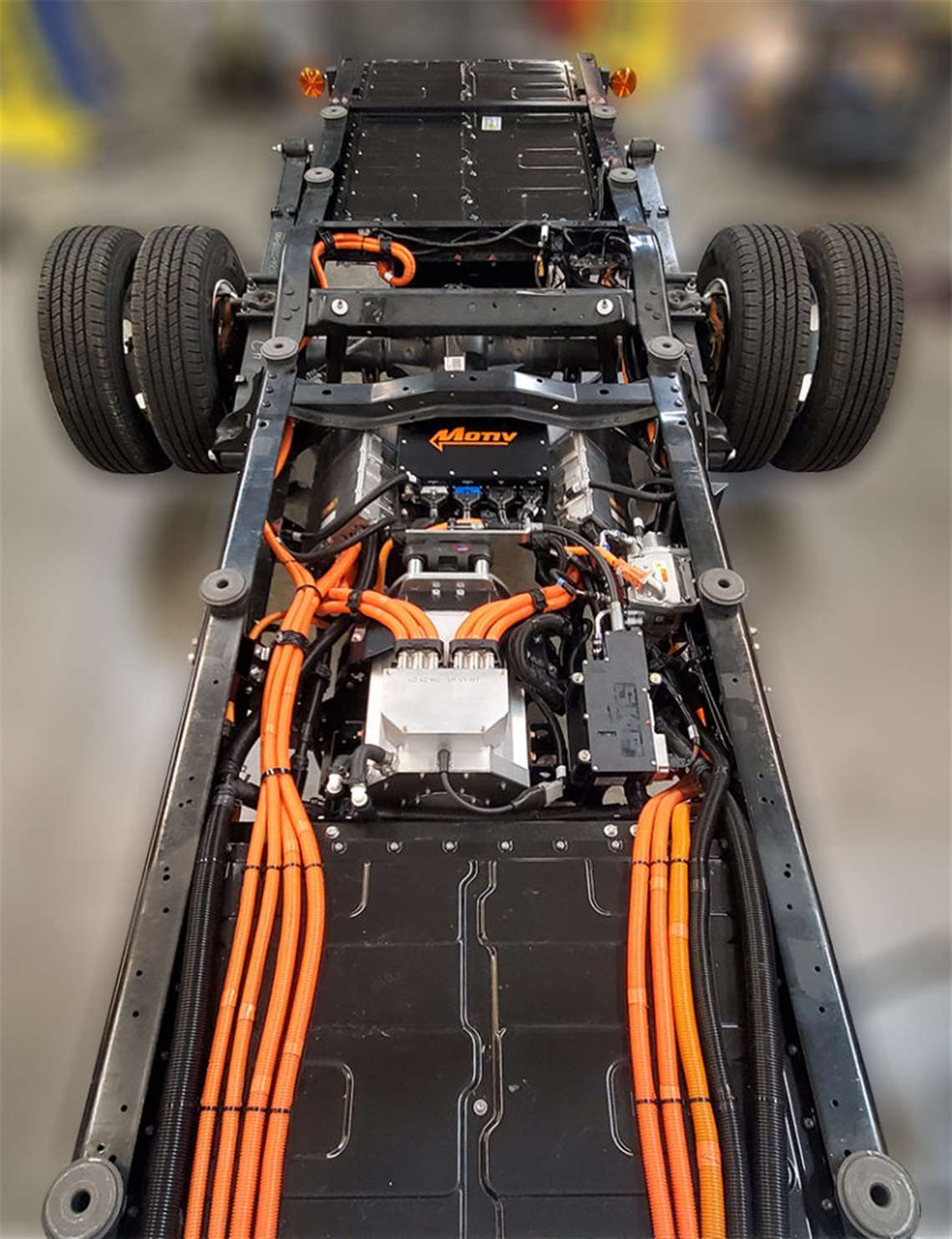 The BMW Group is keeping an eye on the future of mobility by inviting startups worldwide to participate in the Open Call 360° Sustainability Challenge. At the same time, the company has announced a number of strategic moves in the sourcing of lithium used in battery cells.

Believing that collaboration with young companies can play a key role in the use of innovative technologies, the company launched the BMW Startup Garage back in 2015. Now it has announced the Open Call 360° Sustainability Challenge.

“We are looking forward to receiving applications from business founders around the world. We have believed for a long time that startups have a key role to play in helping us shape individual, connected and sustainable mobility,” said Bernhard Schambeck, head of BMW Startup Garage.

The Challenge defines seven innovation areas in which startups can put forward their products and solutions: Recyclable Materials, Sustainable Supply Chain, Energy-efficient Production, Mobile Intelligence, Intelligent Building Management, Customer-centric Mobility, Sustainable Technologies. There is also a “wild card” option for topics that do not fit into any of these categories.

The BMW Startup Garage will evaluate all innovations submitted. The startups chosen will be invited to pitch their solution in late July, with the chance to win the BMW Group as a client. The final winners will be recognized at the IAA Mobility in Munich in September. The decisive factor in selecting startups and determining whether they move on to the next round is how the solution contributes to sustainability at the BMW Group in the defined innovation areas.

The winning startups will gain access to the BMW Startup Garage’s venture client program. Candidates will have the chance to learn more about the program and the seven areas they can apply in during a one-hour virtual event held from 4-5 p.m. on May 11. Registration for the challenge is now open on the BMW Startup Garage website. All applications must be received no later than 28 June.

The BMW Startup Garage shares ideas with more than 1000 startups in about 30 countries every year, seeking out innovations that deliver benefits for the BMW Group’s products, services, systems and processes. This secures the company early access to innovations that can be customized before they are ready to market. In return, the company said the startups gain valuable insights into automotive processes and have the opportunity to build a network within the company. They also receive assistance with refining a business plan. The aim of the program is to evaluate and enable startups as suppliers and long-term partners for the BMW Group. Since the Startup Garage was founded, more than 100 young technology companies with an investment volume of over 2.8 billion US dollars have gone through the program. 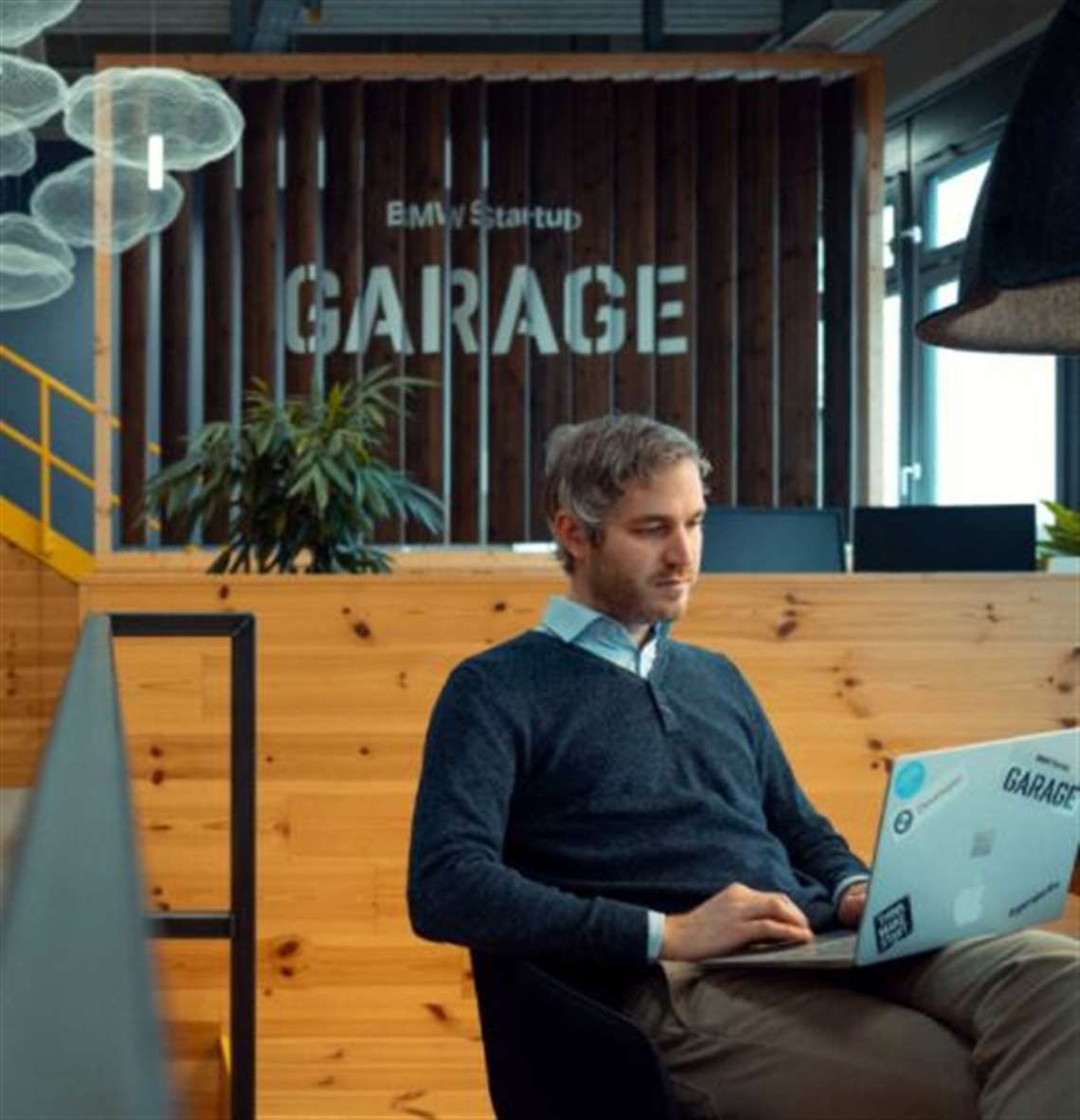 The BMW Startup Garage shares ideas with more than 1000 startups in about 30 countries every year, seeking out innovations that deliver benefits for the BMW Group’s products, services, systems and processes.

The BMW Startup Garage is one of four pillars on which the BMW Group bases its collaboration with startups around the world. Through BMW i Ventures, the BMW Group invests in fast-growing technology start-ups that can create strategic value added for the company – focusing on areas including digital vehicle technologies, autonomous driving and on-demand mobility. BMW i Ventures secures the BMW Group access to the technologies of the future.

Since 2016, the Mini Startup Accelerator URBAN-X has worked with more than 60 startups whose innovations are making life in the city better, more pleasant, more convenient, more sustainable or more experiential. These startups are working on solutions for some of the biggest problems facing cities around the globe, in categories such as mobility, infrastructure, energy and recycling. 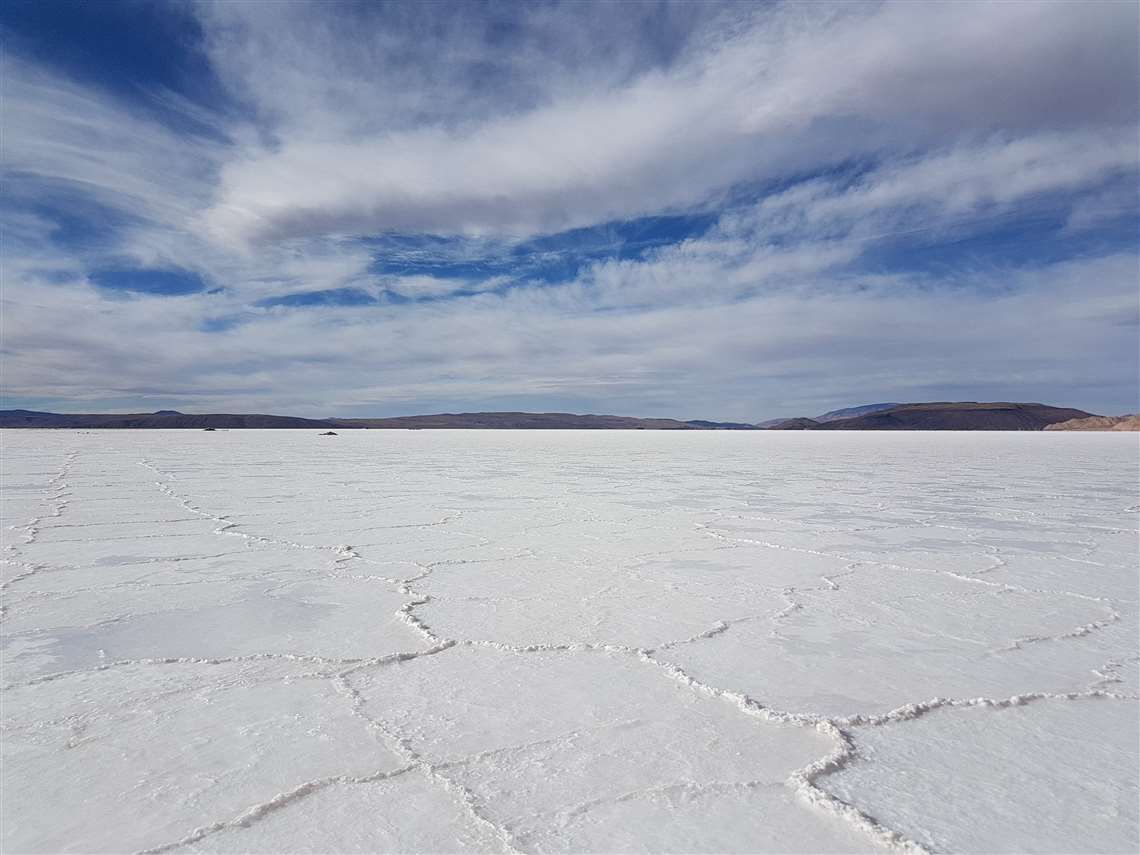 A view of the salt lake Salar del Hombre Muerto in northern Argentina, from which Livent extracts lithium used in battery cells.

In other news, the BMW Group is working to ensure the sustainable sourcing of lithium for battery cell production.

By 2030, the company predicts that at least half of its global sales will come from fully-electric vehicles. This will also increase the need for lithium, an important raw material for production of battery cells. For this reason, the company will source lithium from a second leading supplier, Philadelphia, Pa.-based Livent. The value of the multi-year contract will total around €285 million. Livent will supply the lithium directly to the BMW Group’s battery cell manufacturers from 2022 on.

“Lithium is one of the key raw materials for electromobility. By sourcing lithium from a second supplier, we are securing requirements for production of our current fifth generation of battery cells. At the same time, we are making ourselves technologically, geographically and geopolitically less dependent on individual suppliers,” said Dr Andreas Wendt, member of the Board of Management of BMW AG responsible for Purchasing and Supplier Network. 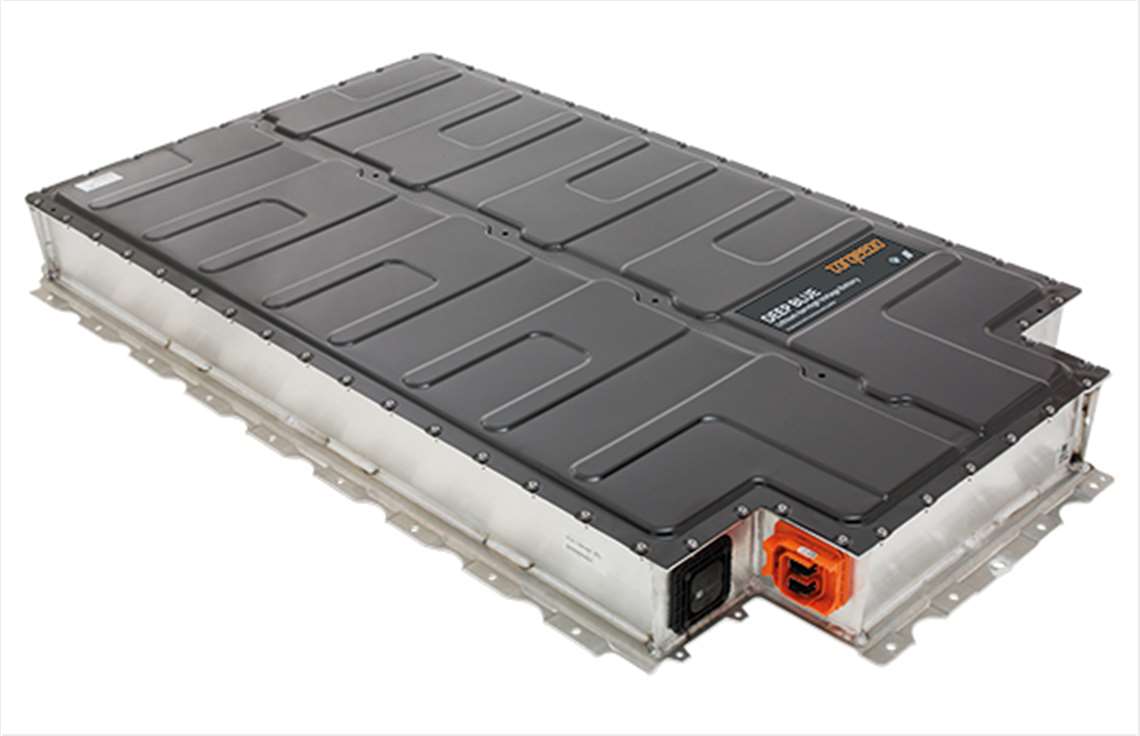 Cooperation between BMW and Torqeedo has made automotive battery engineering available for the marine market. The battery technology introduced in the BMW i3 powers the Torqeedo drive system.

The BMW Group already signed a contract for the procurement of lithium from hard rock deposits at Australian mines back in 2019. Now, the company is broadening its supplier base and additionally sourcing lithium from Argentina, where the raw material is obtained from brine from salt lakes. Livent employs a method that emphasizes sustainable water use and minimizes the impact on local ecosystems and communities. The company will also contribute important data to the study of sustainable lithium mining initiated by the BMW Group.

The BMW Group sources critical raw materials like lithium and cobalt directly from producers and makes them available to its battery cell suppliers. In this way, the company creates complete transparency over the origin and mining methods of the material.

The salt lakes in the border region between Argentina, Bolivia and Chile are home to roughly half the world’s lithium reserves, according to BMW. In conventional lithium mining, brine from the layers below the salt lakes is pumped out of the ground and evaporated in shallow basins.

Livent obtains lithium from a brine resource in northern Argentina, using a proprietary method that it said is sustainable. To minimize the impact on the surrounding ecosystem, most of the brine used is returned directly to the surrounding habitat and not evaporated. This largely preserves the balance between the brine layers and groundwater layers. Solvents and other chemicals do not come into contact with the environment during this process. It also takes up much less space, since evaporation basins are barely used. The company is also involved in local educational programs and infrastructure measures.

The BMW Group and BASF have also commissioned a scientific analysis of the water use of different lithium mining methods in South America from the University of Alaska Anchorage and University of Massachusetts Amherst in late 2020. The study will investigate the impact of lithium mining on local water resources and the surrounding ecosystems.

The aim is to improve the scientific understanding of the relationship between fresh water and lithium brine aquifers, to evaluate different technologies and thus provide the foundation for assessing sustainable lithium mining. The study will provide companies with a scientific basis to make more informed decisions on sustainable lithium mining in Latin America. The results of the study should be available in the first quarter of 2022.

The BMW Group said it was the first automotive manufacturer worldwide to join the Initiative for Responsible Mining Assurance (IRMA) in early 2020. IRMA is a multi-stakeholder governed initiative that has developed guidelines for responsible extraction of raw materials and defined strict requirements for meeting its environmental and social standards. 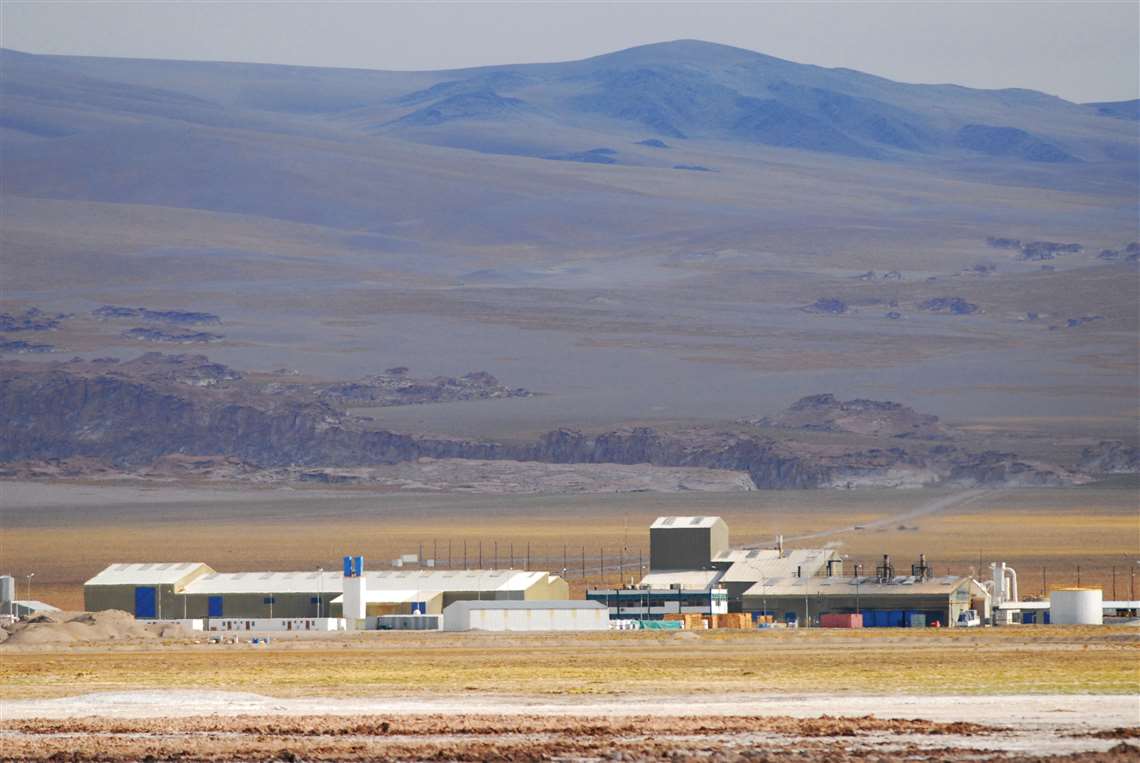 The BMW Group has set itself the goal of having mining suppliers certified according to this standard in the future.

On the recommendation of the BMW Group, Livent has now become a pending member of IRMA, signifying its commitment to undergo a third-party audit in IRMA. Livent is the first company with mining operations in Argentina to have made this commitment, and one of the first lithium mining companies in the world to do so.

The BMW Group will already have about a dozen fully-electric models on the roads from 2023. Between now and 2025, the BMW Group will increase its sales of fully-electric models by an average of well over 50% per year – more than 10 times the number of units sold in 2020. By the end of 2025, the company will have delivered a total of around 2 million electric vehicles to customers. 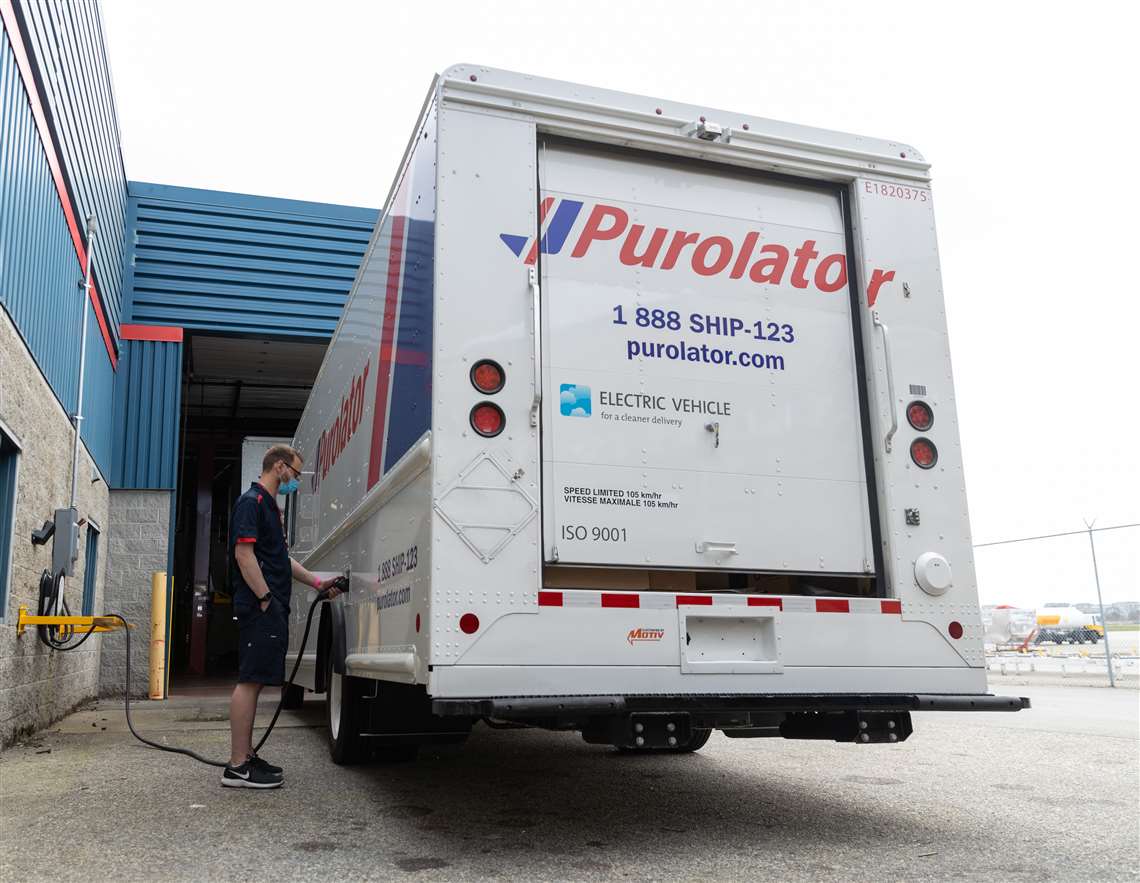