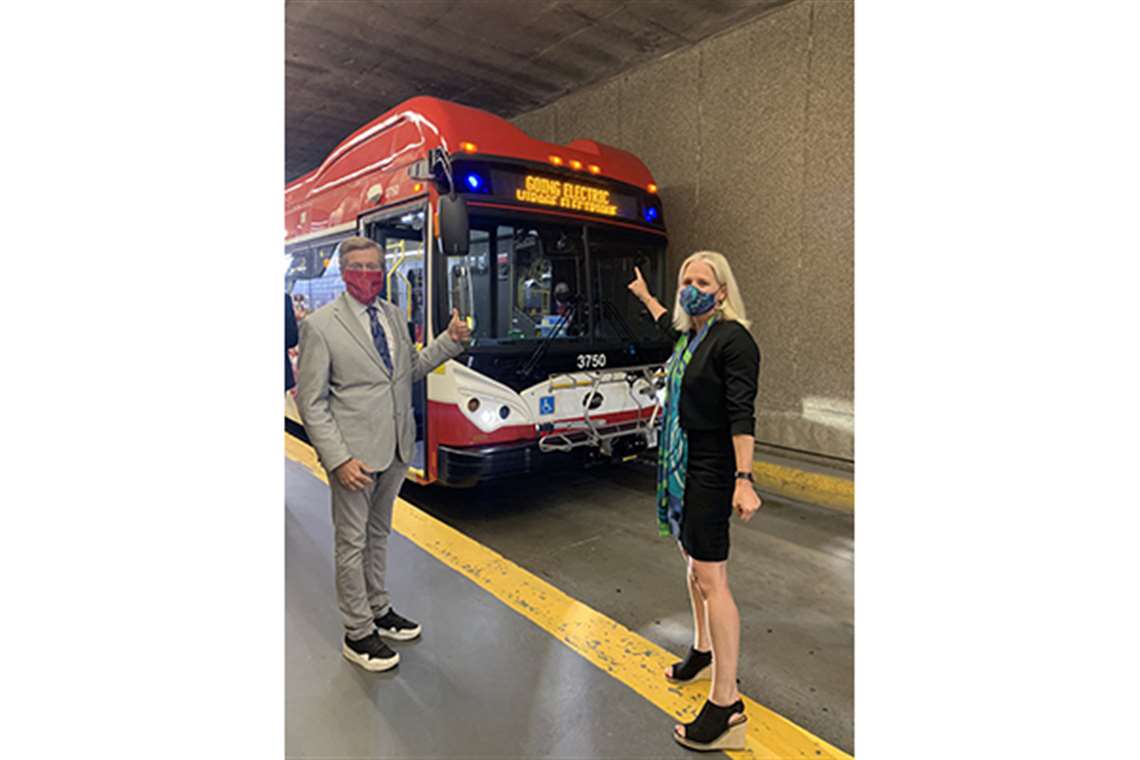 Ten BYD zero-emission buses will hit the streets of Toronto, Canada’s largest transit agency has announced. The 10 new buses bring the city’s total all-electric bus fleet to 60, giving TTC what is believed to be one of the largest e-bus fleets in North America.

Approximately 35 e-buses are already in service across the city, including vehicles from New Flyer and Proterra.

“Public transit allows Canadians to get around in cheaper, cleaner and faster ways,” said Catherine McKenna, minister of Infrastructure and Communities. “Our government’s investment in the TTC’s electric bus pilot program is a sign of our commitment to made-in-Canada clean technology and an important step toward our target of 5000 electric buses in Canada’s fleets over the next five years.”

The 40 ft. K9M battery-electric buses are the first to be put into service from BYD’s 45,000 sq. ft. assembly plant in Newmarket, Ontario. The assembly of the buses created 30 jobs and are the first buses built in Ontario since Orion closed its plant in 2012, according to BYD.

The K9M has a 246.1 in. wheelbase, a gross vehicle weight of 43,431 lb. and is designed to seat 37 passengers. The chassis incorporates a ZF front axle with a BYD in-wheel drive axle in the rear. Iron phosphate batteries with a 352 kWh capacity drive a pair of 150 kW ac synchronous motors that give the vehicle a top speed of 62.5 mph and a range of up to 177 miles. The batteries can be fully charged in 4.5 to 5 hours, BYD said.

“This is an important milestone for the city, for the province and for BYD and we can’t wait for Torontonians to see what BYD’s combination of best-in-class technology, and Canadian know-how can deliver for their city,” BYD Canada Vice President Ted Dowling said.

TTC plans to purchase only emission-free buses beginning in 2025 and looks to complete a fleet conversion by 2040.

“Our eBus fleet is one of the many projects that our city government has jointly funded with the federal government through the federal Public Transit Infrastructure Fund,” Toronto Mayor John Tory said. “I want to thank the Government of Canada for providing this funding that helps keep Toronto residents moving by investing in modernizing, expanding and upgrading our transit and transportation infrastructure. This is the right and responsible thing to do for our transit system, our city, and our environment.”