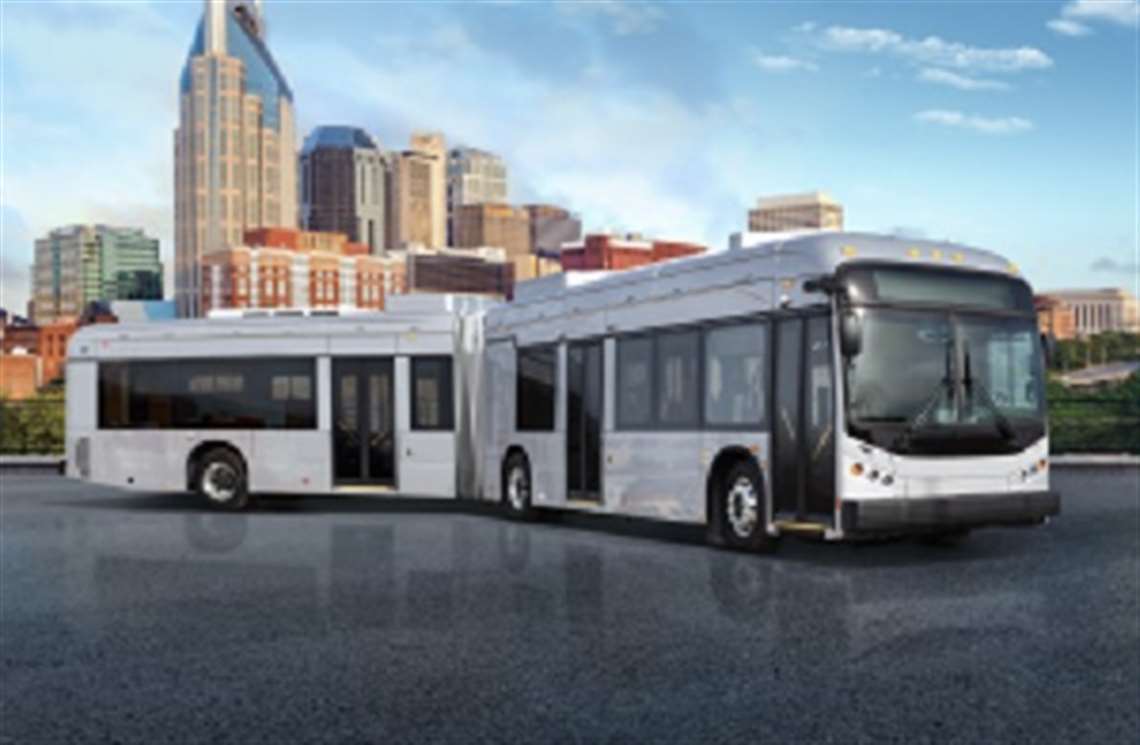 BYD’s 60-foot articulated transit bus is targeted for high-volume passenger operations. Depending on the configuration, the bus can accommodate up to 89 passengers. It has a range of up to 220 miles and can be fully charged in three to four hours, BYD said.

The K11M is built at BYD’s Coach & Bus factory in Lancaster, Calif. The K11M uses BYD TYC-180A 180 kW, 1500 Nm AC synchronous in-wheel traction motors (on the C axle) and 200 kW iron-phosphate batteries. The front axles is a ZF model RL 75 A, the middle axle is a ZF AVN 132, while the rear axle is a BYD in-wheel motor drive axle. The bus also features a Wabco electronically controlled air suspension and Knorr disc brakes with ABS.