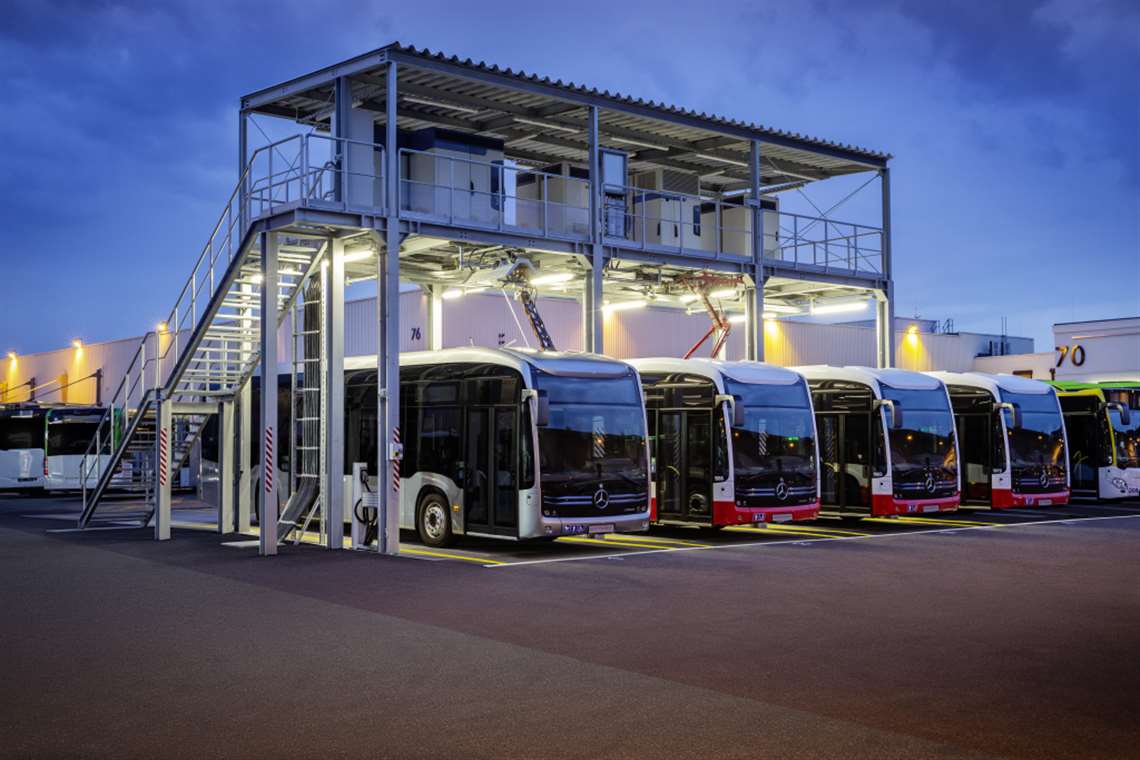 Beginning in 2021, the Hamburg, Germany public transport company Hamburger Hochbahn AG, will begin field-testing the new Mercedes-Benz eCitaro articulated bus with a fuel cell as a range extender. Mercedes-Benz will deliver two correspondingly equipped buses during the course of 2021.

Daimler said the development of the all-electric and locally emission-free eCitaro’s development is proceeding rapidly with increasing range seen as a key parameter. Next year, Daimler said a new battery generation will bring an increase in capacity and therefore range. Plus, the eCitaro G articulated bus will also be rolled out followed by the eCitaro G with a fuel cell as a range extender.

Henrik Falk, chair of the board of Hamburger Hochbahn AG: “We anticipate a number of advantages to arise from the new development of the fuel-cell bus based on the purely electric vehicle, especially when it comes to covering greater ranges.”

The Mercedes-Benz Citaro is designed bus for public transport, Daimler said. With modular battery packs, the solo bus now has a total battery capacity of up to 292 kWh. This gives the low-floor bus a system-relevant range of around 170 km without recharging under all weather conditions. With the fuel cell as a range extender, the eCitaro is anticipated to achieve a system-relevant range of up to 400 km depending on the vehicle configuration and equipment.

The eCitaro is based on the best-selling Mercedes-Benz Citaro city bus. More than 55,000 vehicles of both vehicle generations of the Citaro have been sold. The bus is available in the Citaro, Citaro hybrid, Citaro NGT and Citaro NGT hybrid versions. The four-axle, large-capacity CapaCity articulated bus is derived from the Citaro.

With around a thousand city buses, Hamburger Hochbahn operates 113 lines with 1353 stops and carries around 214 million passengers a year. Mercedes-Benz has delivered over 1500 Citaro and CapaCity buses to the company.