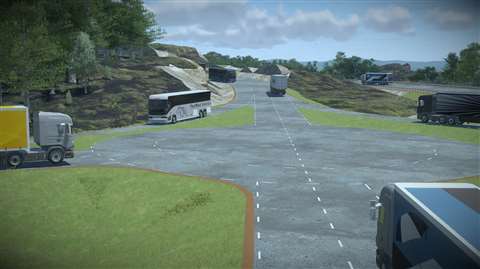 Scania has revealed that it is planning to invest SEK 975 million ($105 million) in a new test track at its facility in Södertälje, Sweden, intended for validation of autonomous and electrified vehicles.

The test track, together with extensions to other existing tracks, will serve as a key part of the commercial vehicle OEM’s research and development operations.

”Our ambition is to be a leader within electrification of heavy vehicles and also strengthen our ability in autonomous vehicles over time. It will take large investments to stay at the forefront. We evaluate and examine the possibility to build a test track adapted for future vehicles to meet the demand in autonomous and electrification we see is on its way,” said Anders Williamsson, head of Industrial Operations, Scania.

The investment in the new test track follows completion of a new foundry and work on a new battery assembly facility, also at Södertälje.

Should Scania’s application to the count administrative board (Länsstyrelsen) be accepted, work on the new test facilities will begin this year. It can be expected to continue through 2026.